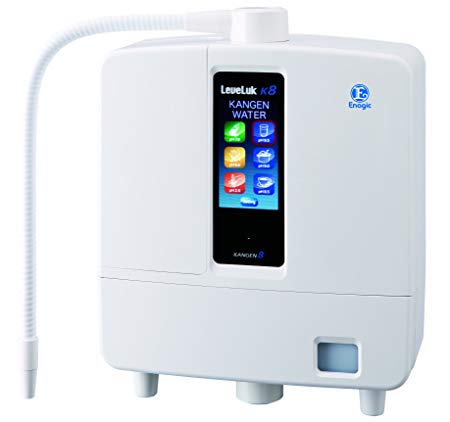 A neighbour was going to a demonstration of Kangen water and asked me if I knew about it.  Never heard of it, I replied. So along I went to what was pretty close to a Tupperware party (I last went to one of those before 1980), but selling water not dishes, to see what I could see.

The participants were mainly Māori and Pasifika, also two people with significant illnesses, one bloke who was morbidly obese (250kg, perhaps) and one very sceptical Dr Liz Gordon. My friend had heard good things about the therapeutic qualities of this water.  I did a bit of work on the internet before I went (got right to the point, searching ‘Kangen water scam’) and knew what to watch for.

The Kangen water uses electrolysis to produce ionized alkaline water.  It filters the water, then puts it through electrolysis. Supposedly the resulting product “works to restore your body to a more alkaline state, which is optimal for good health”.  This is claim 1. It is false. Whether acid or alkali, a normally healthy body use the respiratory and renal systems to keep us at a fairly constant Ph level.

However, by testing a range of bottled and tap water, the demonstrator managed to convey that naughty acidic water lurked everywhere, and needed to be beaten back and overcome.  Sufferers of gout, cancer, diabetes, fatness and goodness knows what else could be helped by the drinking of large quantities of alkaline water.

There was lots of discussion too about the supposedly widespread use of Kangen water in Japan, a society where people live long lives and the water is used widely in homes, hospitals and other places. I learned in Psychology 101 that correlation does not imply causation, and here was a case of this. Also, the claims of wide use were uncheckable.

To be fair, there is a small literature that demonstrates that acid reflux can be reduced by drinking alkaline drinks.  Which makes sense. But any other health benefits are massively overblown. The cherry on the cake was when the demonstrator (herself a ‘believer’ and owner of one of their systems) claimed that if you use Kangen water you will never be sick again!  I wrote it down so I didn’t forget it. We can call that claim 2.

The Kangen system is a machine that attaches to your tap in the kitchen. It costs up to $5000 NZ.  And here is where we get to the heart of the scheme. It is capitalism at its worst, a sort of pyramid selling scheme aimed at keeping the orders coming in. No doubt it makes people very, very, sorry and rather sick.  It subjugates sellers at the bottom to its model, and enriches those at the top.

The notion that it is a valuable, value-for-money system is made during a ‘frank’ spiel about the costs and benefits.  I set my friend up to ask the question of why it was so expensive for such a simple machine; a question that really upset the demonstrator.  The answer involved first titanium and platinum components, then a long discussion of the immense value for money that the machine brought. This is claim 3.

Incidentally, people were told they would have access to ‘no credit check’ finance to purchase the machine, repayable at an affordable rate.  The message is clear. The poor, as well as the rich, would have the ability to access this life-giving product, because of the wonderful finance terms.

The Kangen claims have reached three strikes territory. The water is alkaline but it does not restore the bodies balance – bodies self-regulate.  It will not make you well nor stop you ever being sick again. It might help a little, because it is alkaline, with acid reflux. I recommend a glass of water with a slice of cucumber in it (or lemon which is acid, but turns alkaline in the body).

Finally, the cost. Why is it so expensive?  Those who have investigated this matter point out that the technology is not complex.  A water filter, an electrolysis unit through which the water passes (Year 9 science) , a control panel (electronic) and some hoses and fittings.  These same investigators estimate that 90% of the price is actually the cost of the distribution network, where everyone from the top to the bottom (i.e. the individual distributor) gets a cut of the surplus.  Thus the middle people who run a stable of distributors get a nice income without even having to sell Kangen themselves.

It is also structured a bit like a drug cartel.  Those at the bottom are users and believers who attempt to recruit others to purchase machines.  In our case, the distributor was still paying hers off and managing to meet the payments. This kind of unsecured debt, pushing useless products on one’s peers and unconsciously acting as a predator in poor communities is quite typical, and mires people living in poverty further into debt.

The last thing that the people in that room today need is Kangen water. But faced with lots of needs, a persuasive (if false) discourse and access to free credit, some will invite Mr Kangen into their homes and probably try to sell it to their friends.