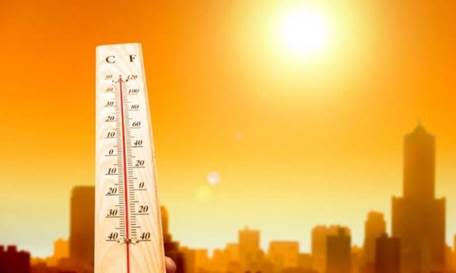 THE MAINSTREAM NEWS media’s constant and effusive praise for Green co-leader, James Shaw, draws into sharp focus the party’s fundamental contradiction. That the supra-political character of the present planetary crisis must doom to failure any attempt to present the Greens as just-another-political-party. Undaunted, Shaw exploits with considerable skill the urgent need of the status-quo’s defenders’ to keep “common-sense solutions” in play. Were in not so tragic, this acquiescence to the short-termism that defines both the intractability of climate change, and of modern politics, would be hugely and comically ironic.

If Shaw’s acquiescence could be offset by a co-leader determined to bear witness to the long-term challenges of responding to anthropogenic global warming, then the damage to the Green cause might be mitigated. Unfortunately, Marama Davidson seems to be as much a prisoner of the short-term as Shaw. In the passing circus parade that is day-to-day politics she has opted for the role of clown.

In fairness, playing the whole Green thing for laughs must be tempting when the challenges are so very, very great. How, for example, do you inform humanity that their sheer numbers preclude any sort of “soft landing” for the climate change crisis?

Saving the planet and feeding all its people, long ago ceased to be a practical proposition. The amount of cultivatable land will shrink – along with the quantity of water necessary to ensure adequate harvests. As the mean global temperature increase passes 2oC, millions of human-beings will begin to starve. What is the correct moral response to famine, disease and conflict on an unprecedented scale? When the boatloads of desperate climate-change refugees start appearing off New Zealand’s coast, what should a Green New Zealand government do?

This is a long way from green technological fixes and rehabilitating four-letter words.

So, too, is deciding what to do when the big container ships and the oil-tankers stop venturing this far south. When the sheer number of super-hurricanes renders voyages too far out into the Atlantic, Indian and Pacific Oceans uninsurable. How will a Green government keep the chronically-ill provided with their life-saving pharmaceuticals; and crucial machinery supplied with spare parts; when the flow of these vital imports ceases? How will it keep the lights on and the electric cars powered-up when the snow refuses to fall and the hydro lakes are empty?

Who in today’s Green caucus has the courage to tell New Zealanders that teaching young people the skills required to keep the post-industrial communities of the future functioning is now a matter of urgency. Because in 100 years’ time Auckland, Wellington, Christchurch and Dunedin will be only a fraction of their present size and most of the population will be living in the countryside – where the food is. Which of today’s Greens are working with Maori to preserve the indigenous medical and pharmacological knowledge built-up over the 600 years of non-European occupation of Aotearoa?

Who will dare to tell today’s captains of industry that in 50 years the Internet will be but a memory? That the genocidal global resource wars will kick off with the destruction of the undersea communication cables. That the revolutions, civil and religious wars that roll across the sweltering continents will leave the control hubs for satellite communication unmanned for a generation. That the rocket launching pads will become nesting places for such birds as still fly through Earth’s fetid air.

These are the challenges which Green parties should be preparing us for. The challenges arising out of the fundamental transformations anticipated and demanded in the latest IPCC report. Deluding voters into thinking that somehow the scientists will come up with a way of saving us all: a way which allows capitalism, consumerism and narcissistic individualism to continue unchecked and unmodified; is not something with which any responsible Green should be associated.

Green leadership should be about thinking the unthinkable and working through the changes required to live in the world which humanity’s unthinking folly is steadily bringing into being. It may even be about anticipating that world by encouraging the formation of communities capable of guiding the survivors of humankind’s addiction to fossil-fuels towards a very different way of living on – and with – the planet.

Like the medieval monasteries which kept literature, art and music alive when all around them the vestiges of civilised order were disintegrating, these Green communities may serve as bridges between the devastating collapse of our fossil-fuelled civilisation and the new, much smaller, more self-sufficient and ecologically humble human societies of the future.

Those who preach this Green gospel must anticipate scorn and ridicule from the majority of today’s voters. For a crucial minority, however, this Green version of the future will resonate loudly. And as, one after another, the predictions of the scientists come true, that minority will grow. Until the day eventually dawns when the Greens’ long-prepared and uncompromising policies strike the overwhelming majority of New Zealanders as the only “common-sense-solutions” on offer.