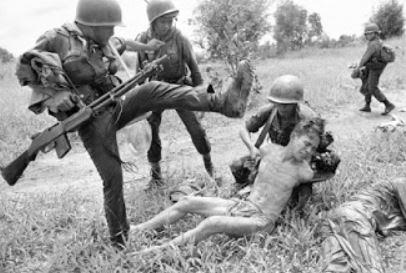 NICKY HAGER’S latest revelations concerning the New Zealand Defence Force (NZDF) could not be more timely. In the year of #MeToo, he has exposed a culture of toxic masculinity extending from the top to the bottom of New Zealand’s armed forces.

Although it is clear that Hager’s North & South article merely scrapes the surface of the NZDF’s moral turpitude, the crimes he has brought to the public’s attention: breaches of the Geneva Convention, dishonesty and cover-ups, sexual assault and torture; are more than enough to force the Coalition Government’s hand. Anything less than a full Royal Commission of Inquiry into the institutional integrity of the NZDF will be seen, quite rightly, as a failure to grasp the full seriousness of Hager’s exposé.

The Royal Commission of Inquiry must, moreover, be explicitly empowered to set aside any attempt by NZDF to sweep its actions under the highly embroidered carpet of “national security”. This is precisely what has been happening in relation to the official investigation ordered by the Coalition Government into the allegations contained in Hit & Run – the book co-authored by John Stephenson and Nicky Hager, published in March 2017.

No more than the law firm Russell McVeagh, should the NZDF be permitted to position itself above and beyond the reach of either its victims or the New Zealand public generally. In fairness, it is important to note that Russell McVeagh was willing to subject itself to the inquisitor’s scrutiny. What Hager’s article makes very clear, however, is that penetrating the veil of secrecy in which the NZDF has swathed itself will not be so straightforward. Great care will have to be taken to prevent the NZDF from doing what it has done so often in the past: offer the public fine words and phrases – which change nothing.

A very heavy burden thus falls upon the shoulders of the Minister of Defence, the Hon. Ron Mark. The inclusion of the honorific is deliberate. Because nothing comes closer to the heart of the matters exposed in Hager’s article than the concept of honour. Hager understands this well. It’s why he and his co-author made Hit & Run’s subtitle: “The New Zealand SAS in Afghanistan and the meaning of honour”. As a former soldier, Mark needs no instruction in the meaning of honour. Nor does he need to be told that what Hager’s North & South article has exposed is an NZDF which has deliberately, repeatedly, and as a matter of conscious policy, dishonoured itself.

Enormous pressure will be brought to bear on Mark by the officer corps of the NZDF. He will be urged to protect the reputation and integrity of the armed services. He will be told that Hager is the sworn enemy of the brave men and women who stand ready to give their all – including their lives – for their country. That he cannot, therefore, be allowed to win. More darkly, the NZDF’s friends and allies in the “Intelligence Community” will warn Mark and his Cabinet colleague, Andrew Little, that New Zealand’s allies will look askance at any inquiry which threatens to breach the security undertakings given to and received from New Zealand as a member of the “Five Eyes Club”.

But, is it honourable to lie? To deliberately cover-up the truth? Would a man of honour, upon receiving complaints of sexual assault, repeatedly refuse to take the appropriate action? If there was the slightest possibility that a young, gay enlisted man was being subjected to unrelenting bullying and abuse, would not immediate remedial action be the only honourable course to take? And if a failure to take such action contributed in any way to that young man’s brutal torture and eventual suicide, what honourable officer, overcome with guilt and shame, would not step forward to acknowledge his part in the tragedy?

Because, in an army, honour and courage cannot be separated. An honourable officer follows the code of military conduct – even if, in doing so, he or she may incur a senior officer’s displeasure. An honourable officer will refuse to abandon that code, even when his country’s allies ask him, just this once, to look the other way. A medic does not join in the fight: lest, when his non-combatant status is most in need of respect, the recollection of two 12-13 year-old boys shot dead in defence of their village, causes our enemies to set aside their obligations under the Geneva Convention – just as we did.

We know from the sheer number of serving and former military personnel who have found the courage to speak to journalists like Hager and Stephenson that our armed services are not without brave and honourable men and women. The great tragedy, of course, is that the very people who possess the courage to do the honourable thing are the very people whose careers in the NZDF are the most likely to be ruined. Worse still, it is clear that in the NZDF dishonourable scum rises. That, instead of a stronghold for brave and honourable soldiers, the NZDF is rapidly becoming a fiercely defended sanctuary for dishonourable cowards.

Our Minister of Defence cannot allow that situation to continue. Our soldiers, sailors and aviators are supported by the taxpayers to defend their nation from harm. That mission cannot be accomplished by people who lack the courage to conduct themselves ethically. Nor can it be fulfilled by people who are afraid to speak their minds; to take unpopular positions; to warn against the inadvisability (or, more importantly, the immorality) of a proposed course of military action. An army that is not composed of brave, upright and honourable personnel not only offers its nation’s citizens inadequate protection, it also constitutes a deadly threat to their rights and freedoms.

Dishonourable men do dishonourable things. Which is why New Zealand’s armed forces must be purged of them – immediately.