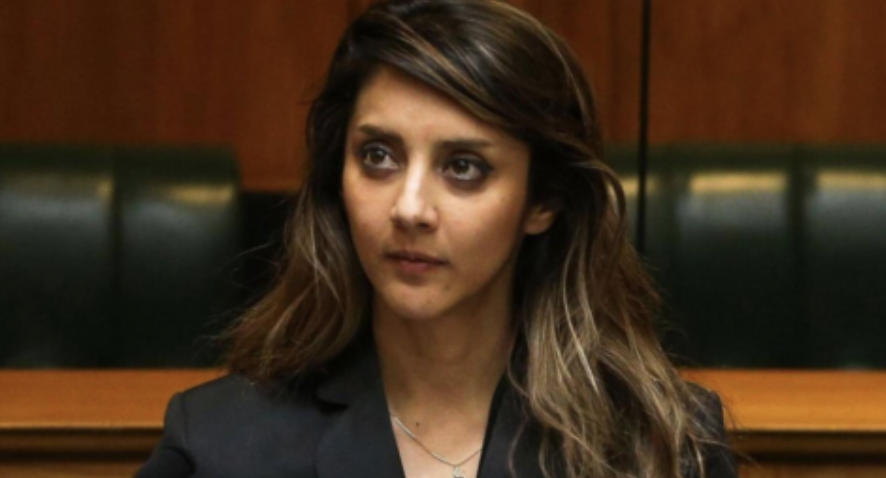 I really, really like and respect Golriz. I think she and Chloe are some of the best new MPs we have in New Zealand, I thought the manner in which the Greens over egged her role in the UN tribunals was a terrible political mismanagement (but they’ve made so many blunders, what’s one more?) but beyond that she is a hero and an absolute legend. There is very rarely anything she  says that I don’t agree with, and that’s a rarity in NZ Politics.

My wee 8 year old daughter recently saw her at school and raved about how amazing she was, seeing Golriz inspire that kind of excitement and inspiration in my daughter makes my dark cynical heart glow.

Like many other women online, Golriz has had to endure bile in the past, attempts to attack her CV and her refugee status have always been pretty gross but the recent cruelty and ugly hate spat at her for acknowledging domestic violence used against her in a relationship was so fucking cruel and utterly unnecessary it really made me question basic humanity. 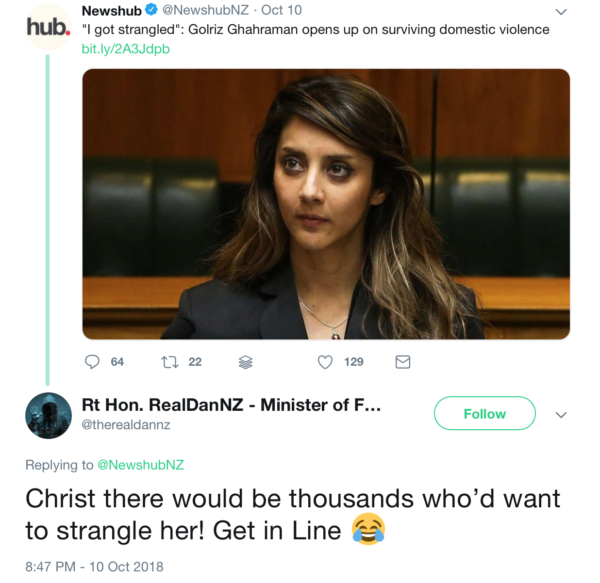 We may disagree on politics and culture and economics and philosophy and we may argue our causes passionately and we may be blunt, rude and self righteous in the pursuit of that argument, but who the Christ gets off on making fun of something like this?

The anonymous nature of social media allows us to say and do things we would never dare in the public glare of transparency, and you can appreciate that there will aways be an arsehole amongst the ocean of good, but look at this…

My early childhood was blighted by deeply damaging domestic violence, I know full well the first hand impact of it and if this is comedy to you, if this what you think is humour, I’d suggest you are possibly abusers yourself, terribly ignorant people or just fucking evil.