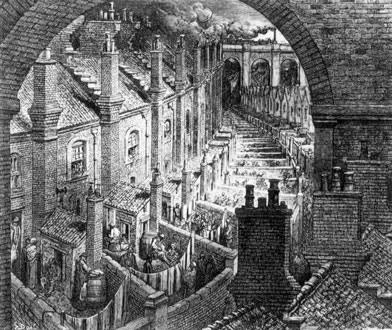 SUSAN ST JOHN’S INDIGNATION at the way the Working For Families (WFF) payment has been cast as an employer subsidy is palpable. “Blaming WFF for low wages”, exclaims Susan “is a bit like pointing to our high rate of suicide and blaming it on the existence of the mental health services.” Neither is she slow to sheet home the “true cause of low wages”. This, she says, is to be found in “casualised hours, precarious employment, automation, globalised labour markets and falling wage share of output due to loss of union power.”

St John is scathing in her condemnation of the purveyors of what she regards as the “subsidy myth”. Matthew Hooton, Eric Crampton on the Right; Bryce Edwards on the Left; and “others”.

Well, among those “others” I must acknowledge myself. Until relatively recently, I, too, was convinced that WFF, by topping-up the manifestly inadequate wages paid to workers, acted as a multi-billion-dollar subsidy to the employing class. Instead of the bosses paying their workers a living wage, those workers were being kept afloat by the taxes paid by other workers. How could that be fair?

But then I found myself seated next to Susan at one of Laila Harré’s “salons” and was set straight on WFF in the most forthright fashion.

Where were the critics of WFF prepared to call a halt? Susan demanded. If this particular “subsidy” was torn away, why not the taxpayer-funded public education system? Or public health? Just imagine how much more the bosses would be required to pay their workers if their wages were to cover not only the additional costs associated with raising children, but also the cost of private education and private health insurance? And what about the roads and the electricity grid? What about the water supply? Or sewerage disposal? How high would wages have to be lifted if every man and woman in the country was required to pay for all this crucial infrastructure directly – rather than by means of taxation?

The fact of the matter, Susan informed me, is that the entire capitalist system is subsidised. The viability of the present economic system; the ability of every company – private or public – to return a profit to its shareholders; rests upon the willingness of the state to pick up the lion’s share of the costs of raising, educating and keeping healthy all those workers whose daily labours keep their employers in business.

It was not always so. In the very early years of capitalism workers were paid just enough to cover the cost of keeping a roof over their heads and food in their bellies – less if demand faltered or prices increased sharply. The contribution of the state was limited to providing the soldiers necessary to restore order if the capitalists’ workers, driven to utter desperation, rebelled; the courts in which the ringleaders could be convicted; and the prisons (or penal colonies) in which such miscreants could be safely immured.

It didn’t work. As industrial technology grew ever more sophisticated, the need for a well-educated workforce grew ever more urgent. Likewise, with workers’ health. Deadly diseases left gaping holes in the working population. Clean water, hygienic waste disposal, unadulterated food, safe housing: all of these improvements, supplied collectively via rates and taxes, were crucial to improving the quality of life of the working-class. They were no less important, however, in keeping the capitalists profitable. Assessed from the perspective of the long-suffering wage and salary earner, the whole edifice of industrial civilisation looks suspiciously like an employer subsidy!

Which is precisely Susan St John’s point. If what used to be called the social wage (education, health, basic infrastructure) had to be picked up by the bosses, then our society would very rapidly degenerate into something resembling early industrial Britain. The capitalists couldn’t pay their workers enough to cover the now non-existent social wage, so they wouldn’t. Human-beings would, wherever possible, be replaced by machines, and those without a stake in the new order of things would be left to starve in squalor.

And, yes, you’re right, what this all adds up to is the far-from-novel conclusion that capitalism is an economic system subsidised by the many to the inordinate advantage of the few. Working For Families is, therefore, a very long way from being the most egregious example of society picking up the tab for meeting at least some of the needs of its most vulnerable members. Suggesting that the bosses take over this responsibility is pointless: they have neither the means, nor the inclination, to do so.

One hundred years ago, working people understood this. Hell, they even sang about it:

They have taken untold millions that they never toiled to earn,

But without our brain an muscle not a single wheel could turn.

We can break their haughty power, gain our freedom, when we learn

That the union makes us strong.

For the union makes us strong.