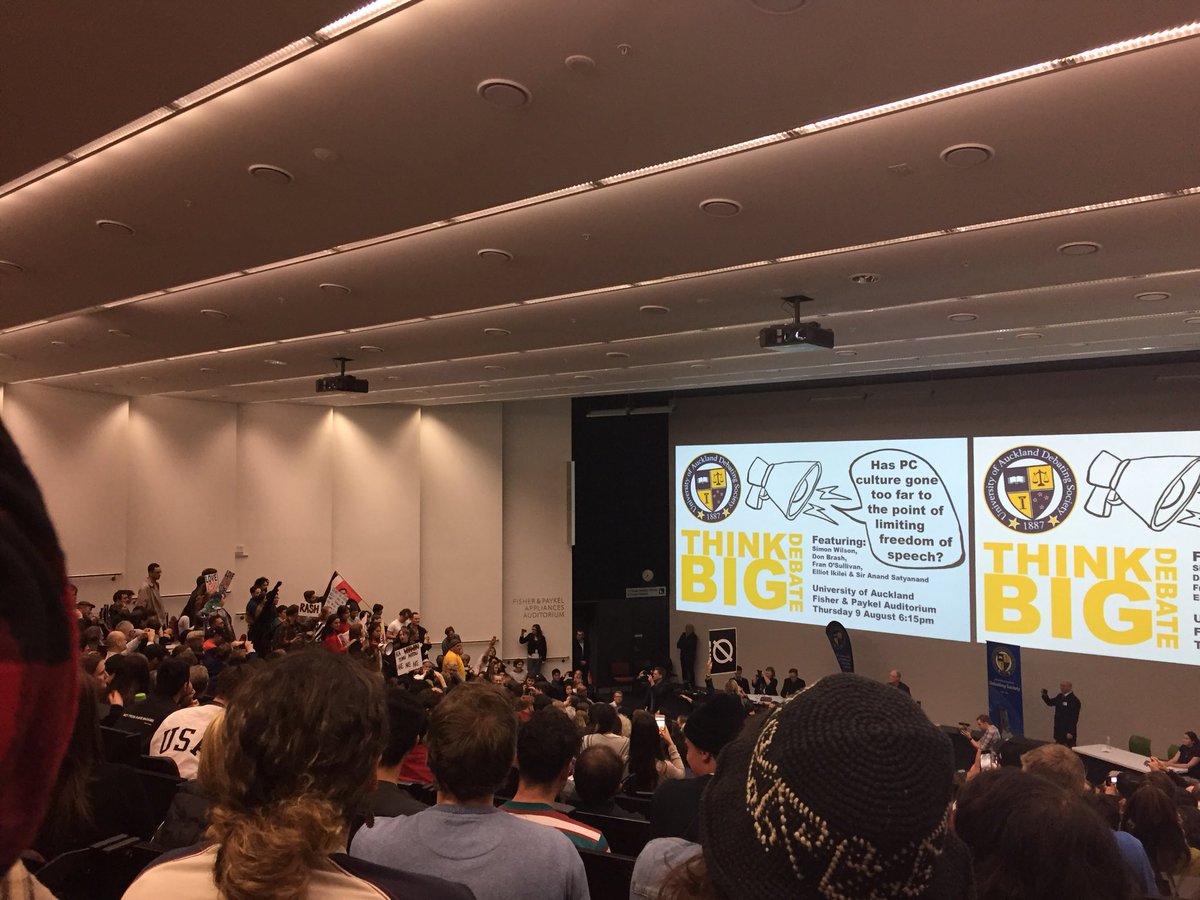 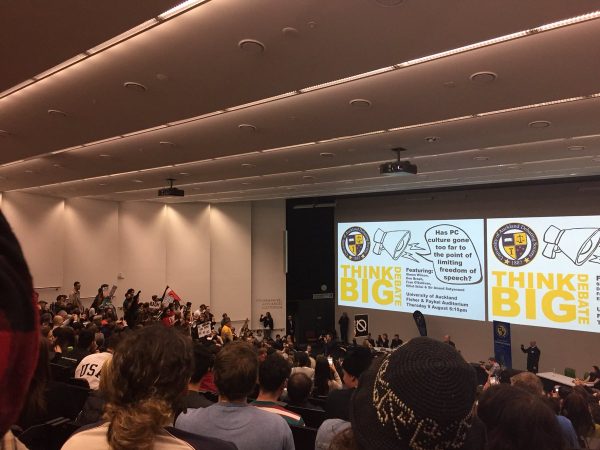 But prostrators last week at Auckland Uni decided to go beyond righteously protesting Don, and instead managed to martyr this arsehole by rushing the debate and trying to deplatform Brash.

As the protestors stormed the lecture theatre and tried to drown the debate out, the hall full of students cheered for Don Brash to speak.

It’s the Woke’s desire to deplatform, scream down and strangle off any debate that triggers them that is recruiting fascsists, it’s not preventing them.

When I say Don Brash is evil. I’m being literal, not figurative.

Too often we ignore what we know about Don Brash’s Orewa Speech and rightfully damn him for that.

Brash’s weak chinned, nervous and overtly polite smile in the public eye is always that of the guilty who have managed to get away with a terrible crime. Every desperate stab at legitimising his Orewa Speech like the woeful Hobson’s Choice, reeks of an intellectually guilty conscience in the convulsions of a late mid-life crisis guilt trip.

Why do I keep saying that? It’s because it’s true.

Brash’s Orewa Speech changed politics in New Zealand. His articulation of Māori Privilege, that they had a grievance culture and his one law for all rhetoric  forever caused a Trump orange shit stain on New Zealand’s race relations.

His Speech was the greatest insult since the betrayed promise of the Treaty itself.

Now at this stage of the blog, you’ll give me the benefit of the doubt and charitably agree that some might concede Brash’s words were harsh and bordering on a kind of bigotry, but then quickly assert that doesn’t mean Brash shouldn’t have the right to express those opinions and nor do those opinions even closely amount to Brash being evil and will challenge me that my use of such a word is hyperbole on my behalf and that by throwing around a word like that so needlessly, I am in fact being as counter productive as the woke protestors who rushed his stage and doesn’t this just all make me a hypocrite?

No. I don’t need nor require your benefit of the doubt.

No. It doesn’t mean he has a ‘right’ to those opinions.

No. The Woke Left be cray cray and I’m not cray cray.

Do you know how we know Don Brash is Evil?

Nicky Hager’s magnificent coverage of what was really driving the Orewa Speech that Brash gave has been utterly ignored by the mainstream media and as such is never front and centre whenever Brash returns from the grave with his latest attempt at legitimacy.

We know from the emails that were leaked to Hager that Brash and the people around Brash who wrote the Orewa Speech KNEW that what they were claiming when it came to Māori privilege and special treatment and the so called grievance industry were all bullshit myths that they couldn’t prove.

They had a media plan to throw journalists off the scent when the media came demanding examples of all this Māori privilege because they knew they couldn’t prove any of the hateful things they were claiming.

They knew they were creating a false fabrication but went ahead with it anyway.

They manipulated us by playing to the worst angels of our nature, and they knew that. The Orewa Speech wasn’t the tell it like it is musings of a polite Gentleman who was prepared to challenge the PC thought Police, this was a carefully stitched together lie of hate that everyone of them knew was false.

Māori have been horrifically impacted by our brutally passive racism. Māori are 380% more likely to be convicted of a crime and 200% more likely to die from heart disease and suicide. Māori are paid 18% less and 34% leave school without a qualification. Māori die earlier and suffer more. Māori had 95% of their land taken from them in less than a century and were almost wiped out at the turn of the 1900s.

Couple all of that with a pittance in terms of reparations for stolen land, and to have that legacy defined by Don Brash as ‘privilege’, when he fucking knew it was a lie makes Don Brash evil.

Free Speech in a democracy is not about your right to stand up and mouth off any old bullshit opinion you have. You get that protection by extension and the narcissistic culture we wallow in makes us believe Free Speech is all about ME, but the truth is it’s not a ‘right’ for you as an individual for your own selfish purposes, it’s an obligation as a citizen’s only weapon to strike out against the hegemonic structures of economy, culture and society to be able to speak truth to powers that don’t want to hear it.

Brash and his enablers knew that what they said in the Orewa Speech was a lie, free speech is the power to stand up to Brash and point out to the rest of those listening how he manipulated them and made them fools.

The power of free speech is when you hear a part of the argument you didn’t know existed, and that on hearing it, changes every preconceived certitude you previously had.

The Woke need to stop the cowardly attempts of stripping people of free speech, and instead use that free speech to show Brash up for the evil he is because I suspect the more NZers who really understood how contrived and calculating the Orewa Speech really was, the more infuriated they would be at how they had been fooled and deceived.

We beat the hard right by engaging with them and wiping the floor with them, we only empower them by crushing their free speech.