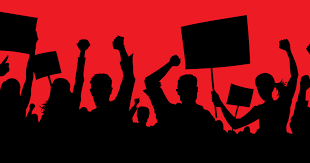 Nurse union members fractured after pay deal, with many doubting it had ‘majority’ support
The nurses’ union is ignoring calls to release the results of a secret ballot that endorsed Tuesday’s pay deal.

Members of the New Zealand Nurses’ Organisation (NZNO) are infuriated at the union’s acceptance of the District Health Boards’ collective agreement, and are doubtful of a claimed “overwhelming” majority decision.

Many are taking their anger to the Facebook forums that helped propel strike action – and racist remarks have been directed at the organisation’s chief executive Memo Musa.

There is a fascinating dynamic we are staring to see with increasingly militant members of Unions wanting far more than their Unions are able to negotiate.

I think there are two factors at play.

‘The first is the gutless spinelessness of most public service Union Leaders who wouldn’t fart without John Key’s permission over 9 years so that the deep seated resentment and frustrations of underfunded social infrastructure has built and built and built.

Working class unions like the  MWU, Unite and MUNZ protested while Key was in power, but the public service union leadership were too frightened after National slaughtered Actors Equity over the Hobbit fiasco to ever dare cross Key again.

This deep seated and pent up frustration has erupted now Labour are in power and the Unions are finding it very difficult to keep up with their members passion, which is being whipped up by the second factor that is changing things – social media.

Teachers, Nurses, Drs, Police Public Servants can now all talk to each other on social media, and just like the Woke Left whipping themselves up over declaring anyone who supports free speech as a Nazi, Unions can’t reign in their members wokedom.

This could be interesting times.

More militant unions could set up and start poaching members who chose to quit and join those more prepared to fight for their conditions all the time rather than wait a decade. We haven’t seen new Unions form or poach members from each other for a long time, but social media could make that very easy to do.

This is a perfect storm of the Union Leaderships own making, they need to start some serious engagement with their members and have far better social media strategies to help unify rather than antagonise. The amount of PSA staff members who spend most of the day engaging in Twitter fights with everyone they hate could come back to bite them in the arse if their members pick up the same level of intolerance.