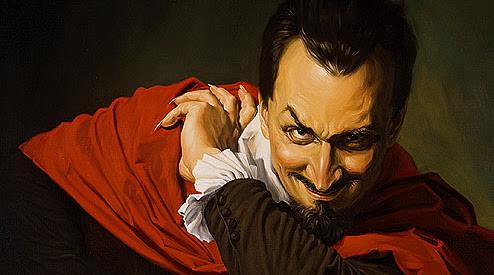 TO HEAR THE National Party and other assorted right-wing beasts tell the story, the Greens have just sold their soul to the Devil. By whom they mean, presumably, that double-breasted Lucifer, Winston Peters, and his attendant pandemonium – NZ First. The Devil’s price, allegedly, is Green Party support for Winston’s “Waka-Jumping Bill”.

The constitutional devilry of a piece of legislation intended to preserve the proportionality of our MMP Parliament is, if our top constitutional lawyers are to be believed, huge. The will of the people, as expressed at the ballot-box, we are told, is a second-order issue. What really matters, say the academics, is the right of individual Members of Parliament to spit in the faces of their party comrades and traduce the solemn undertakings given by themselves on the day they joined themselves to a political collectivity.

Now this tells us a great deal about New Zealand’s constitutional lawyers. The most important piece of information vouchsafed being just how much they hate the whole idea of collectivism. The idea of entering, voluntarily, into a compact with like-minded people to contest (and hopefully win) seats in Parliament in order to implement a mutually agreed programme of reform – i.e. of becoming a member of a political party – clearly strikes them as an insufferable limitation of their freedom. The claim that they are morally obligated to abide by the decisions and policies of their party is reckoned to be totalitarian in inspiration and politically oppressive in effect.

The rights of the poor old voters are, of course, almost entirely disregarded by these upright constitutional guardians. The electorate’s assumption that the undertakings given to it by political parties immediately prior to the general election will remain viable for the full three years of the parliamentary term is dismissed as quaintly naïve. Much more important is the right of an individual MP to decide, unilaterally, that their party and their caucus colleagues have in some way departed from the straight and narrow path of political rectitude, and that he or she is, therefore, morally obligated to abrogate all former undertakings and, should their conscience require it, violate the proportionality of Parliament.

That the citizens of New Zealand are represented in Parliament in proportion to the size of their party’s Party Vote, and that this constitutes the underlying principle of the entire electoral system, is not deemed worthy of the explicit legal protection which Winston Peters’ bill provides. Democracy is expected to take second place to the tenderness of MPs’ individual consciences.

Would that this country had constitutional “experts” willing to uphold the notion that, if an individual party MP no longer feels comfortable with his or her party’s political direction, then he or she should, first of all, attempt to change that direction by utilising the organisation’s internal democratic machinery. Or, if this proves impossible, making one of only two morally acceptable choices. Either, submitting to the will of the majority; or, if that is felt to be unconscionable, resigning from Parliament.

In the case of an Electorate MP, that could mean seeking a renewed mandate from local electors by standing in the subsequent by-election as either an independent or as the representative of a new political party. For a List MP, it could mean re-joining the party rank-and-file and organising for a change of direction. Or, in the absence of meaningful rank-and-file support, leaving the party altogether.

That this has not been the position of New Zealand’s constitutional experts bears testimony to the rampant individualism and narcissism of this country’s professionally “gifted” elites. The whole idea that an individual, having voluntarily conceded the right of a majority to determine a party’s direction, cannot subsequently repudiate that concession without resigning, clearly horrifies them. They simply will not concede that it is immoral for an MP to continue to occupy a party’s seat in Parliament in defiance of the wishes of its duly-elected leader and in complete disregard of the collective judgement of its caucus. Nor will they concede that the renegade MP’s immorality is compounded ten-fold if he or she goes on to vote in a way that consistently weakens the party’s voting strength in Parliament.

Sadly, the Greens themselves are no better than the so-called “experts” on these issues. Though they have agreed to vote for the Waka-Jumping Bill, they have made it very clear that they would rather not. In other words, they have exactly the same contempt for the electoral judgement of Green Party voters as the academics!

Those same voters should probably recall that contempt when next they step into a polling booth. Clearly, there is no guarantee that what they see promised to them on the Green Party’s website will bear any resemblance whatsoever to what they will get once its MPs are comfortably ensconced in their seats.

If the Greens really have forfeited their soul, it is to a considerably more daunting entity than Winston Peters.