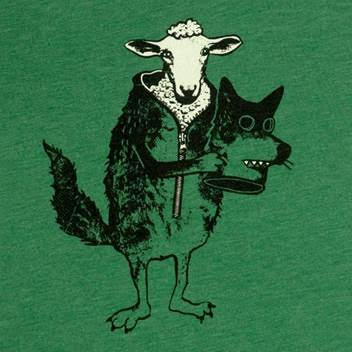 FASCISM IS CAPITALISM’S response to significant demonstrations of disruptive political strength – especially those challenging prevailing social hierarchies and property relations. The historical record could hardly be clearer in this regard. Mussolini’s fascisti gained significant ruling-class backing following the post-World War One factory and land occupations organised by Italy’s radicalised workers and peasants. Hitler’s Munich-based Nazi Party grew out of the short-lived Bavarian Soviet Republic, itself a part of the broader German Revolution of 1918-19. General Francisco Franco’s military coup was launched in response to the Left’s electoral successes of 1936 and the related anarchist attacks on Spain’s reactionary aristocracy and church. Essentially, fascism is capitalism in full self-defence mode.

In relation to contemporary New Zealand, the question must surely be: “Is Kiwi Capitalism under serious threat of disruption?” Equally surely, the answer is: “Not yet.” With a Finance Minister determined to keep both public debt and public spending at ridiculously low levels, the New Zealand business community must be finding it difficult to believe its luck. Their anguished bleating over largely cosmetic changes to the Employment Relations Act notwithstanding, employers face nothing even remotely resembling an angry and organised working-class. Such industrial action as there is remains well-corralled within the public sector – which makes it the State’s problem, not theirs.

If there is no credible threat to New Zealand capitalism’s property and profits, then what about its social hierarchy? After all, it was the election of a Black President which set in motion the white racist backlash that carried Donald Trump into the White House?

Nothing so viscerally disconcerting has yet happened here. Jacinda Ardern’s friendly feminism threatens no one and Labour’s uniquely large Maori caucus has yet to say “Boo!” to a single Pakeha goose. Trans-gender issues may figure prominently on the left-wing blogs and Twitter, but such a tiny minority is unlikely to cause the ruling-class too many sleepless nights.

Only one issue has the potential to fundamentally disrupt the existing regime: immigration. For those New Zealanders who believe themselves to be living in a fundamentally “white” society, the recent influx of immigrants from East and South Asia has been deeply disconcerting. The New Zealand capitalist “establishment” cannot, however, allow this sort of low-level xenophobic grousing to gain significant political traction. Asia’s contribution to New Zealand capitalism’s well-being is simply too substantial.

Far from aggravating the dominant Kiwi culture’s relationships with New Zealand’s diverse immigrant communities, it is in the interests of the established order to keep these as harmonious as possible. Like Singapore’s authoritarian capitalist regime, New Zealand’s neoliberal establishment has nothing to gain by either encouraging or tolerating communal strife. Champions of neoliberalism and globalisation must also be champions of multiculturalism.

For the foreseeable future, therefore, it is in the interests of the ruling-class to keep the majority culture as quiescent as possible. In the New Zealand context, Pakeha nationalism is the enemy of the state – not its ally. Even Maori nationalism poses potential risks. The prospect of seeing their Treaty Partner status overtaken (at least numerically) by Asian New Zealanders is unlikely to fill the tangata whenua with joy!

Herein lies the irony of the ongoing “free speech” controversy. As vociferous opponents of what they characterise as existential threats to traditional Anglo-Saxon culture, Lauren Southern’s and Stefan Molyneux’s looming visit to New Zealand is intended to persuade ordinary Kiwis to look to their own defence against the twin scourges of multiculturalism and identity politics.

In the United States, such a mission would immediately identify them as allies of the Trump Administration: divide-and-conquer veterans of the United States’ seemingly endless culture wars. In New Zealand, however, their hyper-nationalistic, racially-charged ideas are subject to official condemnation as potentially subversive of New Zealand’s multicultural status-quo. A solid wall of opposition has been raised against their visit by such champions of diversity as the Vice-Chancellor of Massey University and the Mayor of Auckland.

The most piquant irony of them all, however, is the role being played by the extremities of the New Zealand Left. In their determination to fight “fascism” they have allowed themselves to fall into the precise role of Mussolini’s fascisti and Hitler’s sturmabteilung: front-line defenders of ruling-class interests and mortal opponents of those social forces (predominantly conservative in this instance) whose successful political mobilisation might threaten their future prospects among the ruling social, economic and cultural elites – to whose defence they have sprung so aggressively.