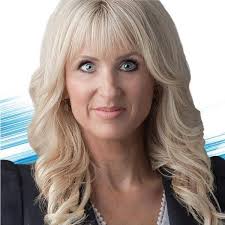 It had to happen didn’t it?

Up until now, we had been doing so well in the crime and punishment debate hadn’t we?

For the first time in a  long time it felt like the adults had taken over the discussion.

We had finally started appreciating how racist and damaged our ‘get tough on crime’ rhetoric had become. We had started accepting that mindlessly locking New Zealanders up in over crowded double bunked violent prisons was creating vastly more damaged people than it was fixing.

We had finally started to get our head around the fact that 60% of those released within 2 years are back in prison.

We were finally getting over being self righteous fuckwits who piously get manipulated by the Sensible Sentencing  lynch mob and their Political enablers.

Andrew Little was in charge and there seemed a sliver of hope that the worst angels of our nature would be forever banished from the social policy as spite that has built our prison industry.

And then along came Kate.

There is a certain breed of NZers who delight in the suffering that prison causes. For them, they are not mollified that the loss of liberty is punishment, they thirst for the sadism of agony. They aren’t happy until they see prisoners chained together in orange jumpsuits on the side of the road breaking rock while singing, ‘Ol Man River’.

For this class of Kiwi, they rage every Christmas when some fucking two bit shitty NZ journalist prints the menu that prisoners will eat on Christmas Day as if the cold bit of chook and two roast potatoes they eat somehow is an affront to justice.

“The victims of their crimes won’t be eating that this Christmas” this special type of knuckle dragging talkback vigilantes bray.

Which brings me to Kate Hawkesby at the NZ Herald Troll Farm. Her latest column denigrating and denouncing a garden at the new Maximum Security prison is a page out of the National Party playbook.

Though I imagine a bitter pill to swallow for the victims of heinous crime whose assailants are getting treated for coughs and colds – while their own family members may not have had the same chance.

But a smattering of plants to provide texture, a sense of calm, and a feeling of peace? Hmmmmmm, that one’s not washing so well with me.

Will our most violent criminals benefit from stopping to smell the spearmint?

Will running their fingers through the thyme evoke a sensation of peace for them?

Will they pause among the basil to reflect? I can only hope so.

How will the success of this NZ first be measured?

It won’t be. I doubt we will hear any statistics on inmates who turned around a life of crime after fondling the rosemary or inhaling the dill, but I’m prepared to be amazed if it does.

I’d like to think that of the $300m, only a very small portion of it is going on the herbs and lavender.

I’d also like to think that the person who decided that a sensory garden was the best place for badly needed funds inside a prison to be spent actually had some pretty good reasons as to why.

This steaming pile of elitist human garbage wants to snuff out the tiny pinprick of light that might just might lift a human being up from the misery of their incarceration.

Here the claim is that Prisons are now an adult Disneyland with landscaping to rival the great gardens of European Royalty.

One part we never acknowledge in the cluster fuck of spite our prison system has become is the role of the mainstream media and cruel pundits like Hawkesby. They whip negative sentiment up for nothing more callous than ratings and feed the resentment that has left us with a broken corrections system.

Showing a tiny amount of kindness to prisoners  in the form of a garden doesn’t make us support their violence or their crime. It doesn’t denigrate the victims of their rage and cruelty. It doesn’t make their incarceration a de facto holiday camp.

It shows compassion, the way a liberal progressive democracy should behave. The vile snobbery of Hawkesby and her thirst for suffering masquerading as a concern for justice is sickening and beneath the debate we are currently trying to have.

We should show her views and those who champion vengeance over mercy the contempt they deserve,   they have no enlightenment, just the boorish bruise of the very barbarism they claim to recoil from.