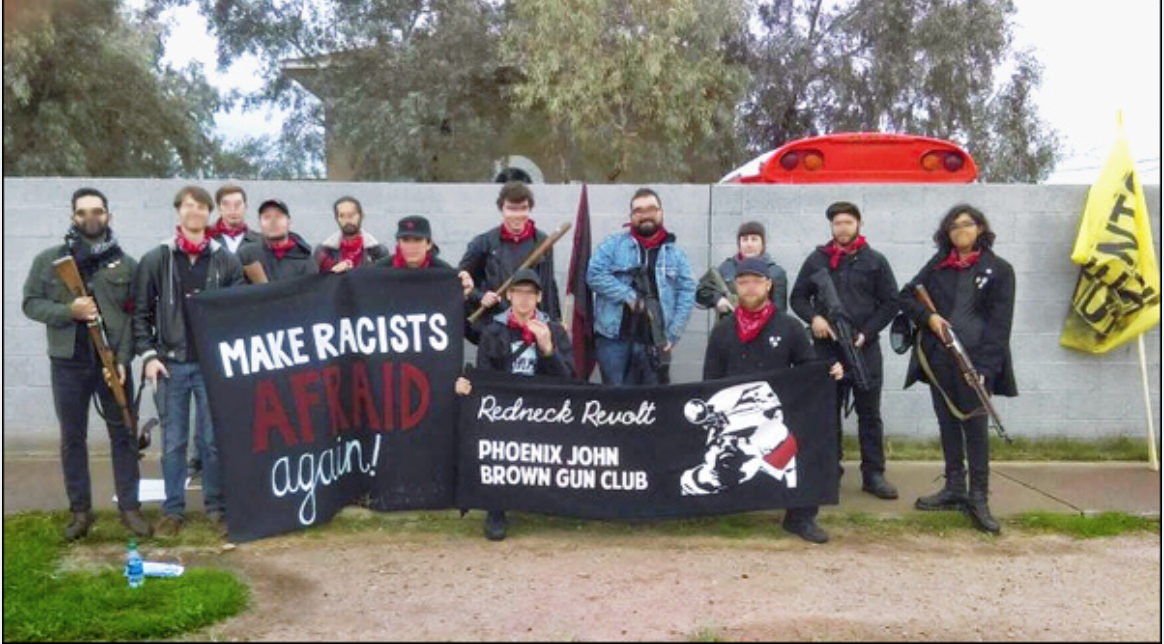 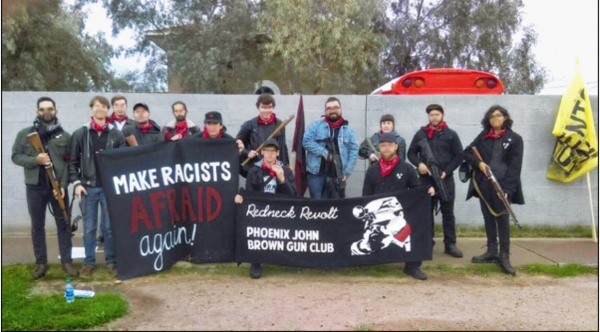 Fascism is back on the agenda with a vengeance. Not merely because two Canadian ‘alt-right’ activists want to spread their message in Aotearoa. Of course ‘alt-right’ is a euphemism for fascism. But when someone actively attempts to stop refugees from Africa and the Middle East from reaching Europe by attacking their boats there is no denying fascism as ‘alt-right’.
Today, capitalism is dying and is thrashing about destroying everything it touches. It deserves to die, but not to take us with it. Fascism is the political response of last resort against the overthrow of capitalism by the working class. It will not give up its fight peacefully, logically, rationally, resorting to undemocratic and illegal actions, wars and genocide.
Yet it wants its class enemy to fight peacefully and respect bourgeois human rights – including ‘free speech’. Never mind the right to life of African refugees. It wants fascism to be normalized as just another ideology that deserves equality before the law. Meanwhile it builds and organizes a reactionary social movement against refugee rights, workers’ rights and socialist revolution.
The denial of a platform to fascists is a longstanding question, first raised with the rise of the fascist movement in Germany in 1920, rapidly followed by Italy and then Spain. If you look at these movements its clear that they took advantage of the pacifism and disorganization of the workers to put up resistance to its armed shock troops.
Remember Visconti’s film, The Leopard, set in Italy during the 1920s. The communists were a powerful political force but no match for armed fascist bands that attacked their union halls and murdered labour leaders defeating their movement. In Germany the same methods were used to weaken, divide and destroy the labour movement. Revolutionary leaders like Rosa Luxemburg and Karl Liebknecht were assassinated and workers armed uprisings put down.
The fascists succeeded because workers were divided along ideological lines. Social Democracy was committed to parliamentary socialism and the rule of law. It looked to the state to protect them from fascists, denying the fact that the state supports fascism in defending capitalism against socialist revolution. Since social democracy prefers fascism to communism the Communists were isolated. Fascists even appealed to workers and declassed petty bourgeois as ‘socialist’ to deceive them.
Fascism is the militant, violent, undemocratic and unlawful instrument of brutal bourgeois class rule. It doesn’t defend bourgeois freedoms even while it attempts to hide behind them. Its main purpose is to smash the working class as the only class that can overthrow capitalism and build a new society free from exploitation and oppression.
Therefore, since we must learn from history or die, it is stupid to ignore that lesson and fall for the ploy that fascism is somehow an aberration that is equally at home on the ‘alt-right’ and ‘alt- left’ against the law-abiding, pacifist, moderate middle. That is to separate the symptoms of fascism from its cause.
The only language that fascists understand is that of force – class force. Either they use that force against us and win the class war, or we organize our own class force and defeat fascism in its embryo before it gains the upper hand.
Marxists do not call on the bourgeois state to ban fascists because we have learned that historically the state sides with fascism to smash the working class. We organize as a class to use every bourgeois freedom that advances our class interests in socialism. That is why we do not fetishize ‘freedom of speech’ when it disarms us in the face of the rise of fascism.
Those who want to survive capitalism’s decline and fall need to work out where their class allegiance lies now before it is too late, and build a working class anti-fascist movement to defeat fascism on the streets.
For more on this life and death question
Dave Brownz is TDBs guest Marxist blogger, because every left wing blog needs a guest Marxist.