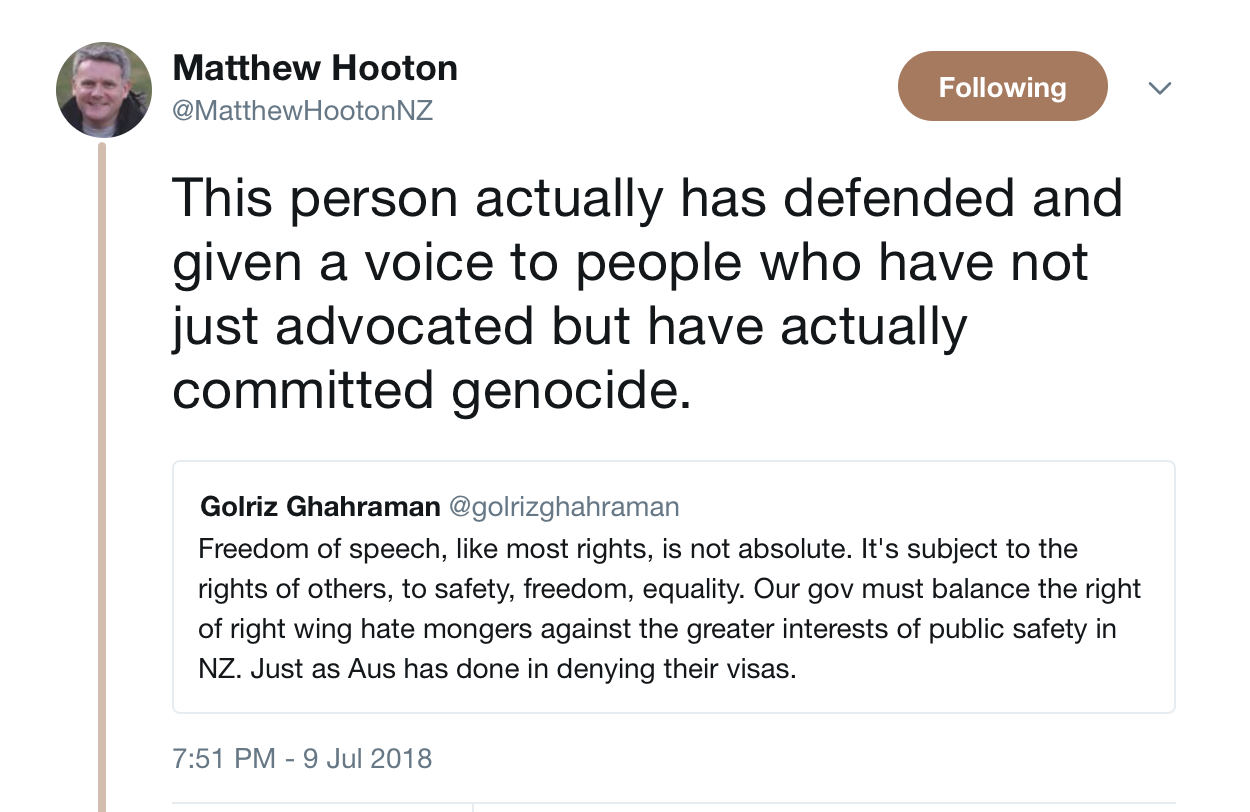 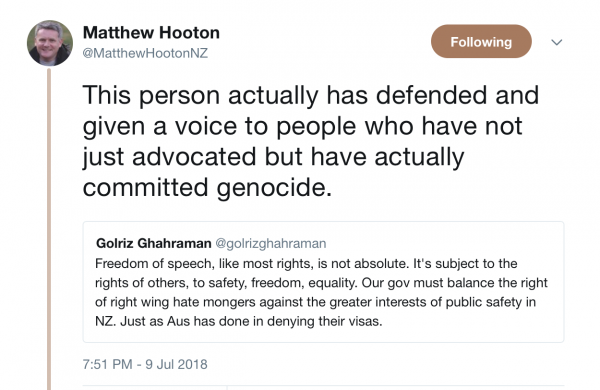 I really like Golriz. I thought she was used by the Party when they misrepresented her background during the election and I think she’s had some teething issues (sending out the horse trading strategy over the Waka jumping Bill to media was wincing), but her moral and ethical compass is good and she’s made some really impressive stances.

This desire to articulate limits to Free Speech given her own previous background isn’t one of them.

Look, I don’t think these alt-right polemicists should gain access to council venues either, just as I wouldn’t want ISIS recruitment seminars in the Town Hall, KKK monthly meet & greets in Council Chambers or Man love Boy Association annual sing alongs at Silo Park,  but I still support them appearing if they find a private venue, just as I am prepared to protest their appearing!

I also believe we should challenge these crypto-facsists to a debate. Allow a council funded venue if they are prepared to do a live-streamed debate on their views.

Since when were we on the left so frightened and needing trigger free safe spaces to hide in when the disruption of spiteful anger in the form of fascism rears its hideous head?

Is that what our grandfathers and great-grandfathers did in World War 2? Demand fascists just not be platformed?

We are a nation that has proudly championed progressive liberal democracy from our bones, we are not cowards, we have not become guardians of this light only to flee at its first flicker.

Debate these clowns, not to turn their minds, but to show all their possible recruits how hollow and empty their rhetoric of anger really is.