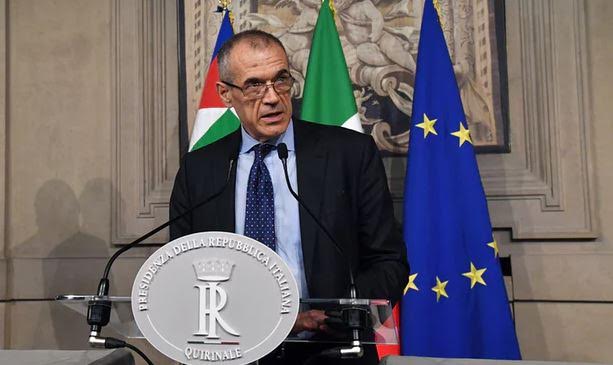 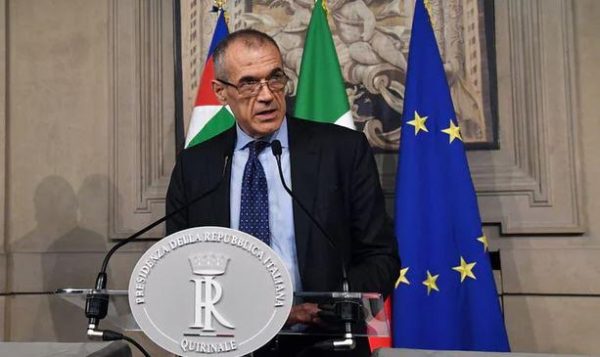 RECENT EVENTS IN ITALY raise some disturbing questions about the possibility of executing radical policy reversals in this country. While New Zealand’s constitution is a considerably looser affair than Italy’s, it is still worth pondering what might happen here if a newly-elected, about-to-be-sworn-in government was promising to roll back the gains of neoliberalism. Before attempting an answer, however, it is worth re-capping what has happened in Italy.

Back in March, Italian voters went to the polls to elect a new legislature. The results of that election were reasonably clear: the traditional parties of both the left and the right suffered major losses and the two leading populist parties, the Internet-based Five-Star Movement and the anti-immigrant La Lega (The League) made significant gains. After several weeks of intense negotiation, the two populist parties presented a ministry led by Giuseppe Conte to the supposedly apolitical President of the Italian Republic, Sergio Mattarella, so that he could swear them into office.

Rather than bestow his formal blessing on the new government, however, the President objected to the populist coalition’s choice of Paolo Savona as Finance Minister. Savona was an outspoken critic of the European Union’s rigid economic policies and Mattarella was unwilling to entrust such a person with Italy’s economic management. Not surprisingly, Conte refused to comply and the coalition parties withdrew from the government-formation process altogether.

Undaunted, Mattarella appointed an interim Prime Minister of his own choosing: a former high official of the International Monetary Fund, Carlo Cottarelli. Mattarella’s decision to ignore the will of the Italian people and appoint a notorious neoliberal technocrat as their prime minister has sparked both a political and a financial crisis. Italy’s repudiation of the Euro, and even its departure from the European Union, cannot now be discounted.

Could such a blatant attack on democracy occur here? Does our lack of a written constitution protect us from a similar intervention by the executive arm of government?

The short answer, unfortunately, is – No.

The German jurist, Carl Schmitt (1888-1985) summed up the fraught issues associated with a democratic system in crisis (he was writing about the doomed Weimar Republic of the early-1930s) by posing a key question. Who has the authority to identify the presence of a crisis, or emergency situation, serious enough for the executive power to declare an Ausnahmezustand, a “state of exception” in which the normal functioning of democracy is suspended lest its continuance put at jeopardy the security and/or survival of the legally constituted order? “Sovereign is he who decides on the exception”, declared Schmitt.

In the New Zealand context, Schmitt’s formulation would encourage the view that if a situation ever arose where the political and financial security of the realm were about to be put at risk by a yet-to-be-sworn-in government committed to implementing policies inimical to that security, then the Governor-General would be justified in wielding her reserve powers to prevent such a government taking office. As the sovereign’s representative, she would be entitled to decide that the election result had precipitated circumstances of such exceptional severity that a temporary suspension of New Zealand’s democratic norms was justified.

The Governor-General would not, of course, be making such critical constitutional decisions in a political vacuum. The moment it became clear that a government of transformational radicalism was in the offing, and that its leaders were absolutely determined to carry out their reform programme, the principal defenders of the status quo would mobilise all their resources to stop them.

The first to act would be the major financial institutions. These would set in motion a rapid devaluation of the Kiwi dollar and instigate a precipitate drop in share prices on the NZ stock exchange. These real-world effects would provide the mainstream news media with all the excuse it needed for a no-holds-barred assault on the parties readying themselves for government.

Very soon after the media began campaigning, surrogate voices speaking on behalf of the major right-wing parties would raise the possibility of vice-regal intervention. They would be joined in this effort by spokespersons from all the major right-wing interest groups: Federated Farmers, the Employers and Manufacturers Association, Chambers of Commerce.

Simultaneously, conservative youth organisations would unleash a whole series of social-media campaigns full of hair-raising disinformation about the reform parties’ intentions so as to arouse maximum public anxiety. Mass street demonstrations would follow which, if answered by the followers of the reform parties, would be marred by widespread violence and property destruction. If the reform parties declined to rise to the bait, then agent provocateurs could be hired to do the job.

Finally, the various agencies of national security would intervene with “hard evidence” of the reformers’ subversive intentions. Real or not, these revelations would lift the intensity of right-wing opposition to a whole new level. However reluctantly, all “responsible” opinion would now be urging the Governor-General to act.

Anxious that the ongoing political and financial crises not be allowed to deepen, the Governor-General would, with equal reluctance, agree to exercise her reserve powers. The “caretaker” Prime Minister from the previous government would be invited to remain in office pending new elections.

Needless to say, the much-maligned, misrepresented and now deeply unpopular reform parties would suffer decisive electoral defeats. The “state of exception” could then, with great solemnity, be declared over.

All of which leads to the inescapable conclusion that if Grant Robertson didn’t already exist, Jacinda would have had to invent him. It’s one thing to promise “transformation” when none of the powers-that-be believe you; quite another when they do.