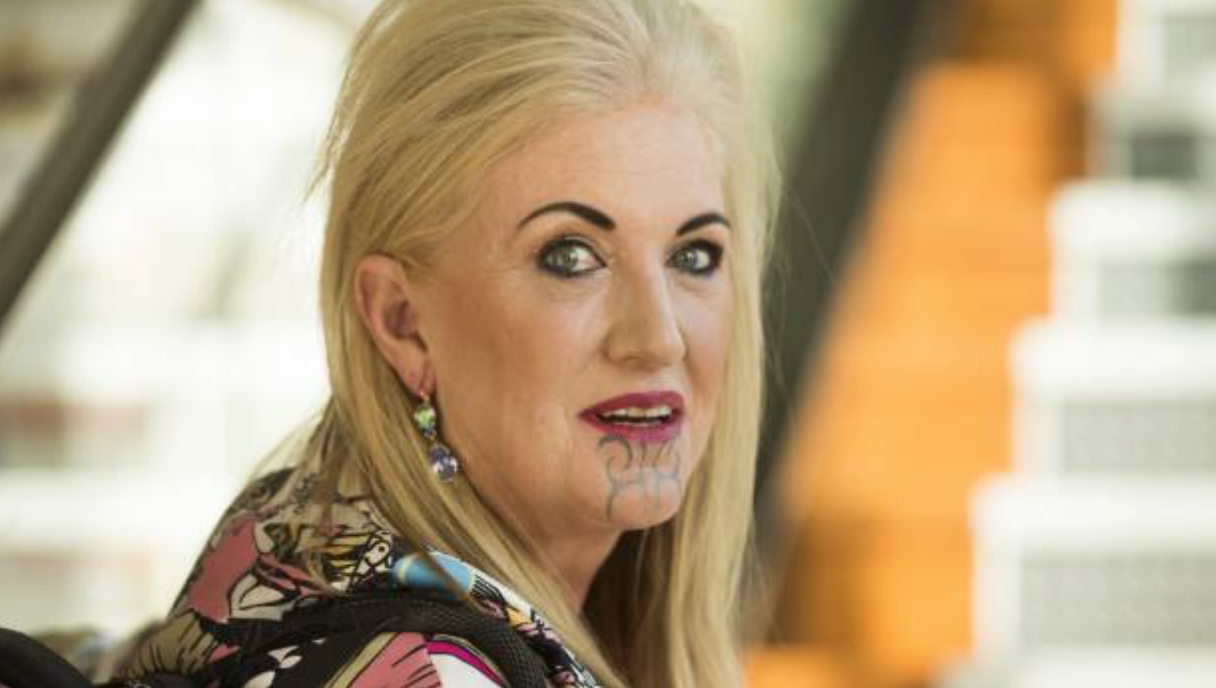 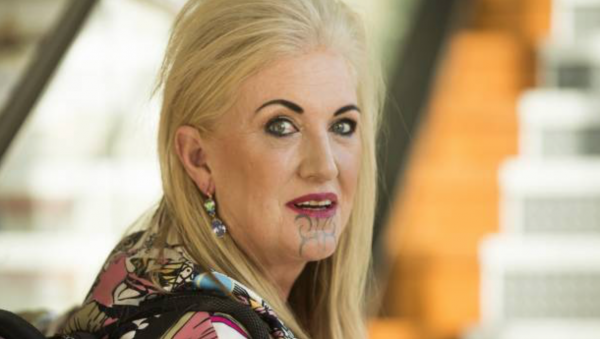 A controversial Pākehā life coach has removed images of her facial moko from some of her branding after a backlash from Māori.

Sally Anderson had a moko kauae (chin tattoo) done by Auckland artist Inia Taylor several years ago and says it represents her turning a corner in her life after surviving a gang rape by the Mongrel Mob as a teenager in the 1980s.

She is married to Roger Te Tai, who has a full facial moko, and says she has strong connections to Māori.

She once said in an email: “I believe I should have been born black…I bridge all races, creed, colour, and genders in a way no other practitioner can.”

Taylor said on Facebook he was disappointed with Anderson’s “flaunting and commercialisation” of her moko.

Artist Ngahina Hohaia, who has a master’s degree in Māori visual arts from Massey University and herself has a moko kauae, hit out at Anderson’s moko.

The resounding message to Māori moko artists tattooing Pākehā was “don’t do it,” Hohaia wrote on Facebook.

…let me see if I can just get this completely straight – a white woman who survived a gang rape by the Mongrel Mob & is married to a Maori man with a full facial Moko gets a moko kauae as a symbol of her surviving her gang rape and is now being crucified for cultural appropriation?

I despair for us as a culture, I really do.

As someone who hasn’t been pack raped by the Mongrel Mob, I would’ve thought (wrongly it seems) that we might cut Sally Anderson some slack, you know, cause of the whole pack rape by the Mongrel Mob thing and that her choice to symbolise surviving that was something to be cherished and celebrated.

I appreciate the cultural significance and if it were any other circumstance I’d be right alongside the rest of you screaming cultural appropriation, but how a pack rape survivor wishes to celebrate surviving a pack rape, who clearly has a deep connection with the culture because she’s married to a Māori with a full Moko and who did get an artist to agree to tattoo her makes this a very different event and the mind boggling lack of empathy for a woman who survived a pack rape as awful as the one she did is astounding.

Maori are 380% more likely to be convicted of a crime and 200% more likely to die from heart disease and suicide. Maori are paid 18% less and 34% leave school without a qualification. Maori die earlier and suffer more and lost 95% of their land in less than a century – we have a race problem in this country and yet jumping up and down about THIS example?

Fuck we are a petty shallow people who bandwagon whatever the latest social media outrage of the day is.