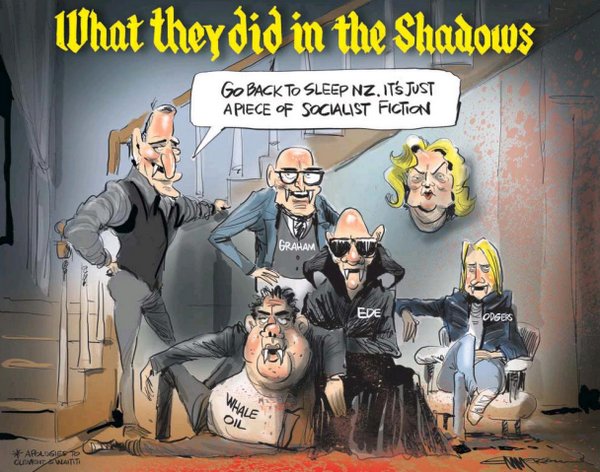 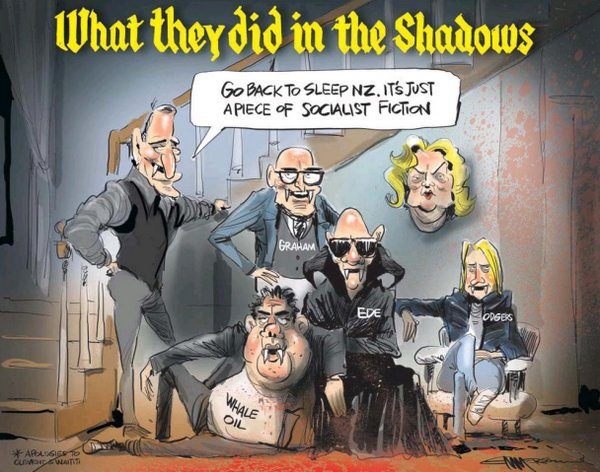 I’m getting sick to death of the attempt by those on the right to somehow justify the latest dirty politics smear against Clarke as somehow fair because the Left indulge in dirty politics as well.

I call bullshit on that.

3 – PMs Office colluded with SIS to smear Phil Goff in the lead up to the 2011 election. That’s called a coup in other countries.

10 – Key signed off on an Afghanistan raid that amounted to war crimes and then spent the remainder of time denying we had killed anyone.

Trying to compare such egregious abuses of power to calling Max Key a dickhead is simply not credible. If you can’t see the magnitude of difference between the Left and the Right when it comes to dirty politics, then you are about as tolerable as Kayne’s opinions on slavery.

Personally I find John Key, the Prime Minister of Dirty Politics, offering his sympathies to Clarke for the dirty politics smear is like Trump offering his best wishes to Bill Cosby survivors.

PS – As for Romeo the Sanctimonious over at The Spinoff, there is a world of difference between writing a blog, putting your name to it and stating there are rumours you can’t substantiate about a politician who was infamous for dirty politics deception, lying and deceit and this attack on a spouse. The Spinoff should stick to policing middle class micro-aggressions and cheerleading reality TV as if its culturally important.