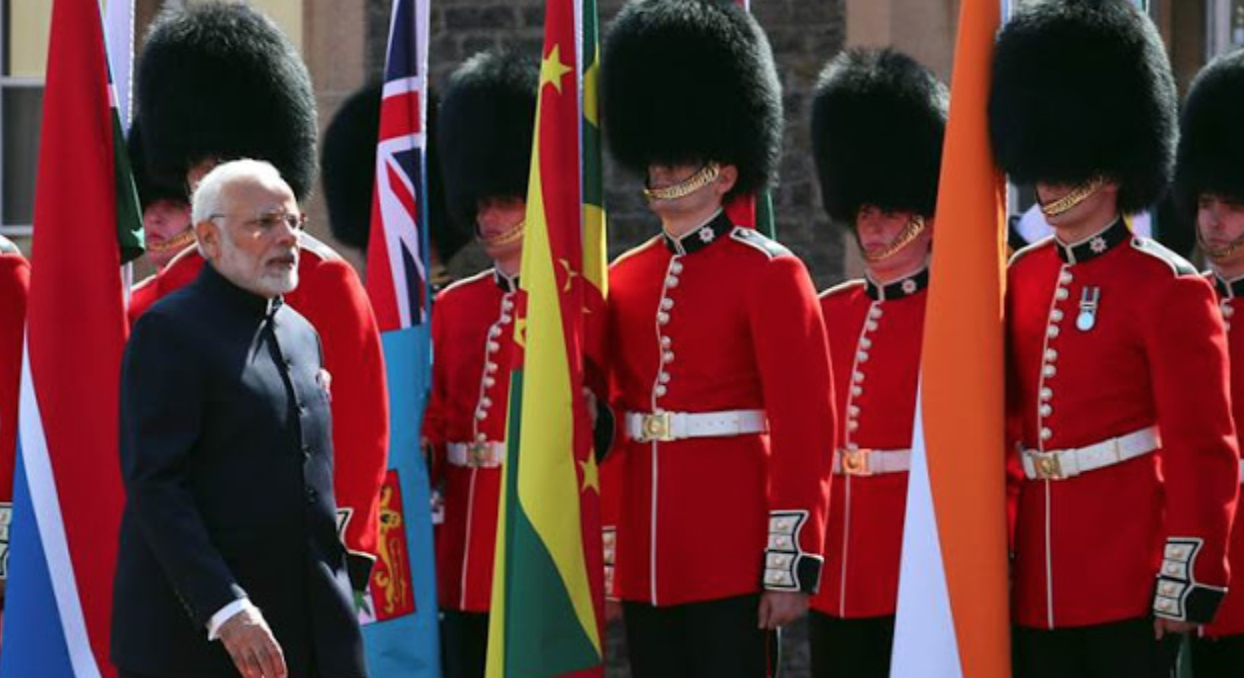 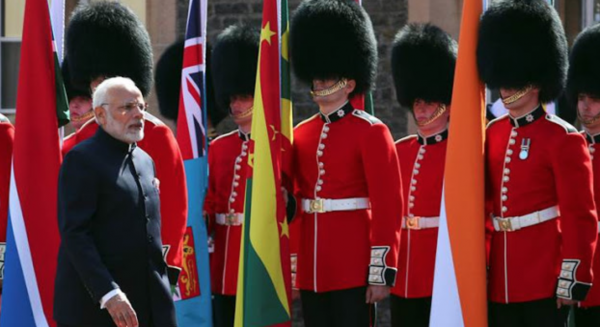 Slightly odd thought (which requires further development): The Commonwealth is at something of a crossroads at present, and understandably so. After all, it’s never truly made a ‘proper’ transition from a sort of vestigial “ashes of empire” into a properly multi-national bloc on any but a talking-shop level.

Something which is going to be rather interesting, though, is how the Commonwealth chooses to re-organize itself in light of the changed geopolitical realities of the 21st century – and in particular, which member-states [present .. or even, perhaps, future] are likely to emerge as both leaders *within* the Commonwealth sphere, as well as the incipient ‘axials’ around which the future structure and impetus of the Commonwealth are likely to gestate or gel.

For the time-being at least, British dominance of the whole thing seems an arguable fait accompli. This is particularly the case as a result of #Brexitplacing far more emphasis upon the imperative vitality of non-European foreign relations for the UK (something which, as I have capaciously argued previously, renders that particular development quite the win for us down here in New Zealand!).

Yet for an array of reasons, it seems very plausible to prophesy that this state of affairs will be unlikely to continue indefinitely.

Obviously, the ‘future shape’ of the Commonwealth, and the relative apportions or agglomerations of ‘power’ therein, will be significantly impacted by which principles and objectives the Commonwealth structure winds up prioritizing.

If it reconvens as a ‘trade-bloc’, then nations with considerable economic cloud will become more prominent, for instance. While if it (instead – it is always a bit iffy attempting to do this in harmony with economic motives) chooses to emphasize the nebulous notions of ‘shared values’, democracy, and Anglospheric conceptions of ‘human rights’ .. then the virtue-signalling states will undoubtedly have the most to say – whether or not anyone’s actually listening.

But while certain polities such as Canada and Australia look set to loom large in the Commonwealth’s future constellation of aspirations almost regardless of which direction it chooses to go, due to their reasonably sized populations and markets and the relative influence of their political systems … I found myself pondering an altogether different angle.

Namely whether, as what will undoubtedly be the single most significant state within the Commonwealth in almost any term one chooses to mention given sufficient time, whether we might actually see a most intriguing development of the Commonwealth pertaining to India.

It would, to be sure, be an ironic state of affairs to see the vestigial remnants of the empire which so iniquitously subjugated the Subcontinent in centuries previous … eventually evolve into a community of influence built around the emergent Great Power grown up in its wake. Although as Mark Twain (iirc) once allegedly observed – history doesn’t “repeat” so much as it “rhymes”.

Still, it would be a most interesting historical and geopolitical development; as while India has done stirling work at shoring up diplomatic ties in various parts of the world in recent years, its perceived ‘pivot’ away from Russia and accompanying improvement in relations with the Americans, has not necessarily significantly improved its relative power position given the increasing competitiveness the Chinese have displayed in both India’s own neighbourhood/friend-circles as well as the potential areas for Indian diplomatic expansion.

With all of this in mind, the Commonwealth represents as a potential natural ‘longer term’ avenue for drawing together a worthwhile array of economic and political partners for India, who also in many cases have pre-existing reasons to share important elements of the Indian geopolitical vision RE Her northern neighbour.

There are some putative ‘sticking points’, of course. For one thing, Pakistan retains its Commonwealth membership. For another, following this month’s CHOGM meeting, Prince Charles looks set to continue the Royalist tradition of an unelected (sort-of) English sovereign presiding over the organization.

Yet who knows how things may differ in twenty to thirty years.

Indeed, about the only thing that can be said with any certainty at this point (other than India’s increasing salience for matters geopolitical), is that if properly managed, the Commonwealth’s ongoing post-War transition looks set to provide a bountiful opportunity for member-states in the years to come.