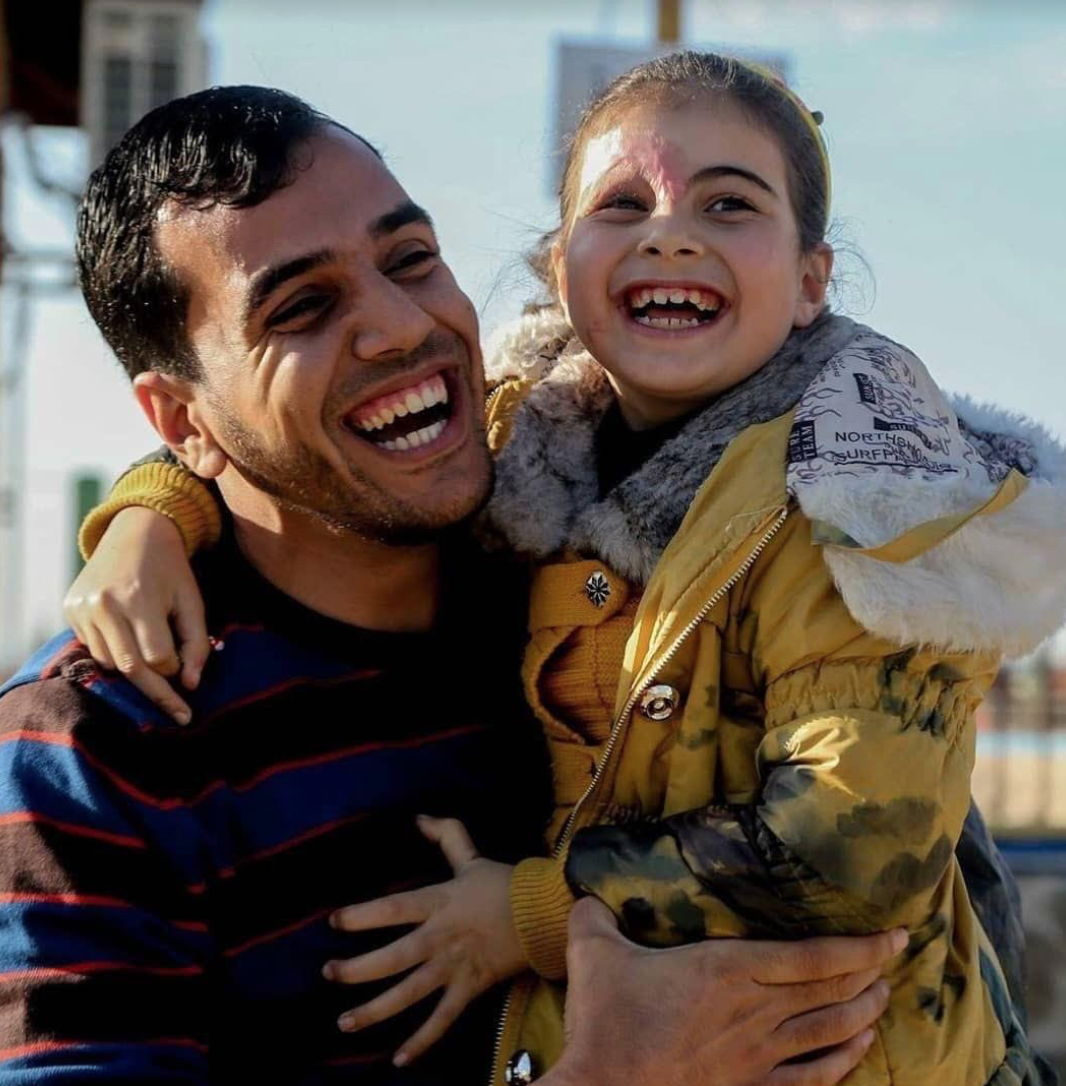 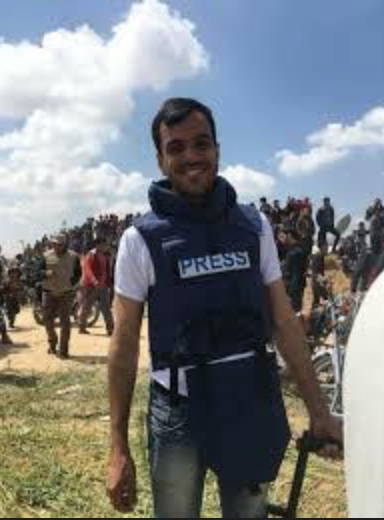 Yasser Murtaja, 30-year old Palestinian  photojournalist , was shot and killed by Israeli IDF snipers on 06 April, while covering the first Friday of the Gazan Great March of Return.  Murtaja, standing well back from the barrier fence, was wearing a blue flak jacket , marked in large letters PRESS. He was shot in the abdomen, just below his flak jacket. Five other Palestinian journalists were shot that same day.

Hundreds attended Murtaja’s funeral. He was well-known, widely admired, especially for his bravery during the July 2014 , Israeli ‘Protective Edge’ bombings. Murtaja risked his  life by entering, with paramedics, the totally flattened Gaza City suburb Shujaya, looking for survivors. He helped rescue eight-year old Bisan Daher who was trapped under the rubble of her home. 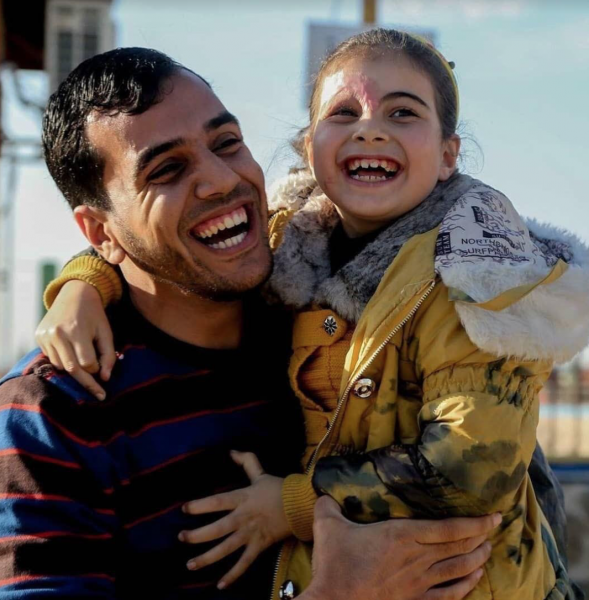 This photo is of Yasser  Murtaja and Bisan Daher, after she had been rescued.

The photojournalist was also well known among international professional colleagues. He had worked for international news organisations and aid groups.  Murtaja worked with  Chinese artist Ai Weiwei, when he came to Gaza, researching his 2016 documentary Human Flow, about the international refugee crisis.

Israeli officials have tried to smear Murtaja, calling him a Hamas-controlled terrorist.

This tactic backfired when it  became known that   Murtaja had  been vetted and cleared by the State Department to receive a USAID grant to purchase equipment for his company, Ain Media.

Israelis then accused Murtaja of flying a drone over Israel.  Murtaja  did sometimes photo events with a camera attached to a  small drone. This is commonly done by journalists. His media colleagues insist that he was not using a drone at the time he was shot. Israelis though were using drones to drop tear gas!

More journalists have been targetted. Twenty-four year old Ahmad Abu Hussein, was the second one to die. He was shot through the abdomen on 13 April.  Like Murtaja, he was wearing a blue flak jacket, clearly marked with the word “PRESS” emblazoned across the chest in capital letters.

Israeli journalist Gideon Levy has written in Haaretz, about 19-year old journalist Yousef Kronz.  Again, Kronz , armed only with a camera, was  wearing a PRESS flak jacket. He was shot in the left leg by an IDF sniper and then shot again, in the right leg by another IDF sniper. The Gazan medical personnel are receiving cases they cannot cope with. Israelis refused to let Kronz be transferred to West Bank Hospital until it was too late to save his left leg.

Palestinian journlists are being deliberately targetted, a practice outlawed by the Third Geneva Convention. What has been the reaction by journalists around the world?

Robert Mackay wrote in The Intercept

“The shooting of Murtaja can be explained in only two ways: Either the Israeli sniper could not clearly see who was in the rifle scope — in which case the claim that the use of live fire is precise is shown to be untrue — or the soldier intentionally fired at a journalist, which is a war crime.”

Reporters Without Borders (RSF) stated, “Palestinian photographer Yasser Mutaja was wearing a vest marked ‘PRESS’: He was obviously the victim of an intentional shot,” said Christophe Deloire, secretary general of RSF on Twitter. “RSF condemns absolutely the deliberate shooting of journalists by the Israeli army.”

Has there been condemnation here in NZ ? Are our media elite outraged ?  Are they demanding answers from the Israeli Embassy?

In what turned out to be his last Facebook entry, Yasser Murtaja expressed his yearning to travel.  Murtaja shared an aerial picture of Gaza City’s seaport captured by his drone and said, “When will the day come when I can take such a picture while I’m in the sky, not on the ground? My name is Yasser, I am 30 years old, I live in Gaza City and I’ve never travelled in my life!”