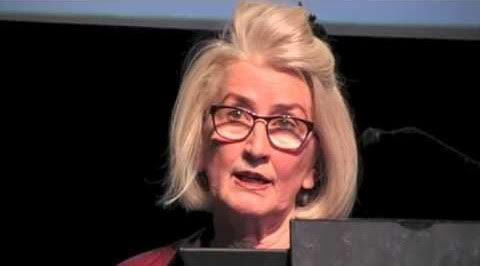 IN THE MOVIE Margin Call, the enigmatic financier, John Tuld (played by Jeremy Irons) repeatedly compares the business of playing the markets to a game of musical chairs. When one of his employees, Peter Sullivan (played by Zachary Quinto) comes to him with alarming news about the financial viability of Tuld’s investment firm, the following exchange takes place:

JOHN TULD: So, what you’re telling me, is that the music is about to stop, and we’re going to be left holding the biggest bag of odorous excrement ever assembled in the history of capitalism.

PETER SULLIVAN: Sir, I not sure that I would put it that way, but let me clarify using your analogy. What this model shows is the music, so to speak, just slowing. If the music were to stop, as you put it, then this model wouldn’t even be close to that scenario. It would be considerably worse.

JOHN TULD: Let me tell you something, Mr. Sullivan. Do you care to know why I’m in this chair with you all? I mean, why I earn the big bucks.

JOHN TULD: I’m here for one reason and one reason alone. I’m here to guess what the music might do a week, a month, a year from now. That’s it. Nothing more. And standing here tonight, I’m afraid that I don’t hear – a – thing. Just … silence.

That was the fictional exchange going through my head this morning (9/4/18) as I listened to Ann Pettifor give AUT’s Policy Observatory her all-too-factual analysis of the global economic situation. Seldom have I emerged from an academic gathering with such a feeling of dread. The British political economist’s words shook me to the core. Like John Tuld in Margin Call, Ann Pettifor is also convinced that the music is about to stop.

The supposed worldwide economic “recovery” from the Global Financial Crisis of 2007-2009 has been fuelled, almost exclusively, by debt. Debt on an unimaginably large scale. Debt so big that it would require the value of all the goods and services created in the world for the next four years to pay it back.

Theoretically, all of this debt is secured by the assets against whose value it has been issued. But, as Pettifor (Fellow of the New Economics Foundation, Honorary Research Fellow at London’s City University, and economic advisor to Jeremy Corbyn) reminded her listeners, so was the debt issued by the banks in the run-up to the GFC.

On 9 August 2007, however, the global banking fraternity – no longer convinced they could accurately value the financial instruments being offered as collateral for their loans – simply stopped lending to one another. This was “Detonation Day”: the moment when the GFC became both inevitable and unstoppable.

Everything now points to another such detonation being imminent. Pumped-up by the steady expansion of global liquidity the world’s stockmarkets have climbed to giddy and unprecedented heights. Over the last few weeks, however, the value of the stocks and shares traded on the world’s exchanges has fluctuated wildly. Such volatility, warns Pettifor, almost always precedes a catastrophic market crash.

Exactly what will trigger the next global crisis is impossible to predict. A sharp uptick in interest rates – especially in the United States – could do it. Or, the outbreak of a full-scale trade war between China and the USA. More likely, however, the crash will be precipitated by pure fear. Terrified of their loans not being repaid, lenders will raise the cost of money beyond the borrowers’ capacity of to pay. That will be the signal. The moment when one or more of the real John Tulds out there will strain his ears to catch even the faintest echo of the market’s music, but will not hear – a – thing.