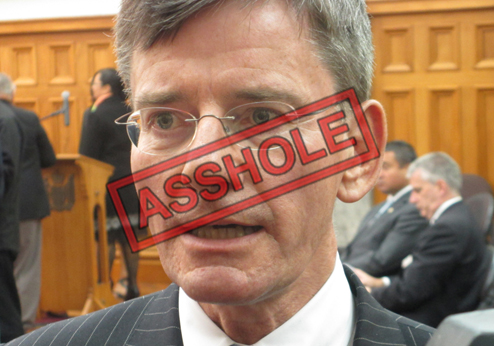 Hey look, what Clare Curran did wasn’t great, but what’s worse is that the former Attorney General Chris Finlayson was found to have breached Kim Dotcom’s rights costing us $90 000 – yet the media attention is on Radio NZ and not National!

The Human Rights Review Tribunal report into Finlayson is beyond damning, it borders on wilful criminal intent yet it’s been eclipsed by the Curran and Hirschfeld fiasco.

This double standard of expectations for the Left and what the Right get away with is constant and never ending.

The media in NZ seem to believe that the latest MAFS bullshit, blind alpacas with lost relatives and Haley Holt vs Ed Sheehan are bigger stories than the NZDF lying about war crimes.

We now have to believe that big bad mercenary Mark Mitchell was intimidated by NZ First MP ‘dirty politics’.

This from a Political Party that lied about mass surveillance, conspired with the SIS to falsely smear the Leader of the Opposition months before an election, targeted journalists who asked hard questions and ran a dirty ops team out of the PMs Office.

The media focus on the insignificant and judge the Left at a threshold far higher than they ever held National to account.

That’s why political management is far more important to the Left than it is for the Right.