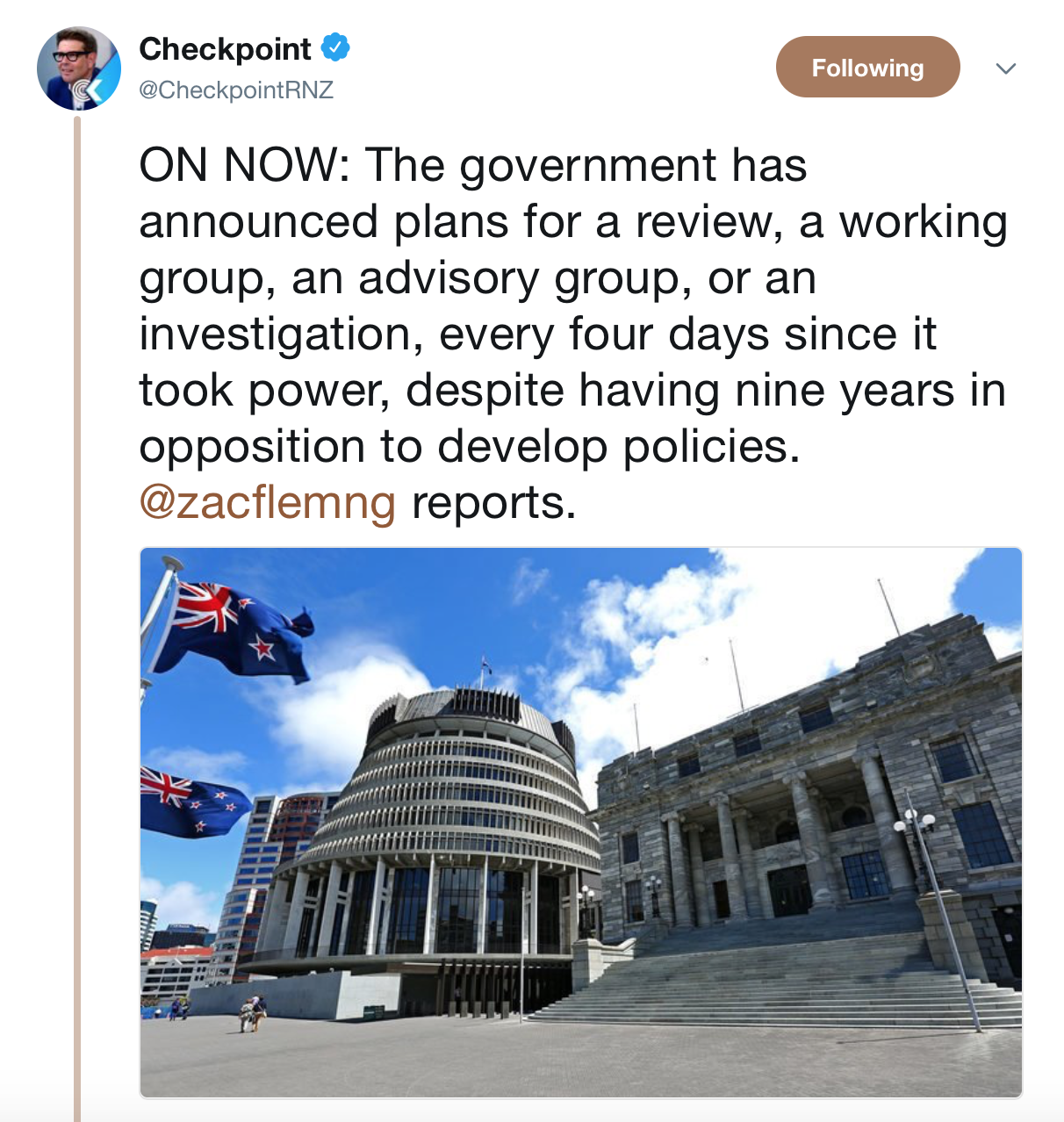 Radio NZ have done an interesting story looking at the plethora of reviews, working groups, advisory groups and investigations that the new Government have announced since coming to power… 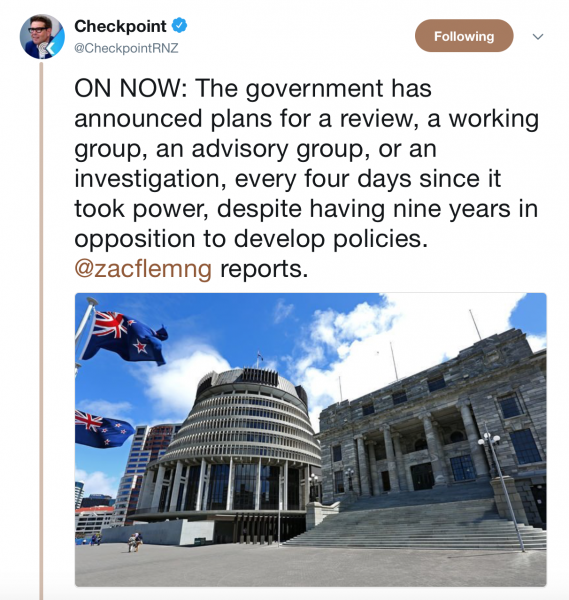 …there are 3 reasons for this need to go out and talk to the people.

When you want large scale change you need to bring people with you and the resources of Opposition don’t allow for that. In some of these cases you need to tale time, the Royal Commission review into historic abuse by the State demands patience.

The larger problem is the Left in NZ have no firm ideology with which to implement policy with. Labour is only slightly less neoliberal than National so they don’t have that much to change while the Greens are pro-market and siymnpky want the cost of pollution to be included into the price of the product and allow supply and demand to do the rest. NZ First are the only ones with a radically different economic policy platform.

3: Let’s remind everyone, no one thought Labour were going to win

We need to remember that no one thought Labour were going to win. Andrew Little stood down months before the election, Jacinda shone unexpectedly and even on election night they thought they had lost. The lack of political management and actual plan was because no one expected the outcome.

But the point RNZ makes remains, which is that the new Government is buying time rather than leading. That needs to change and political management has to be tightened up. The nightmare of the Summer Camp Sex Scandal is a text book case of how bad political mismanagement can derail an agenda.