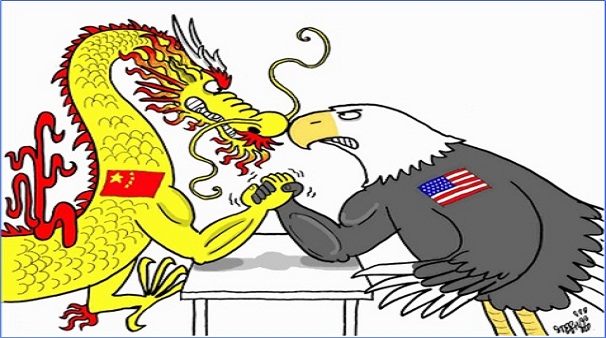 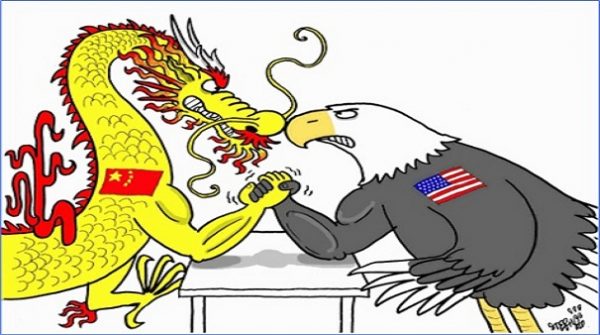 After setting out the parameters of the next economic crash yesterday, China have stepped up and launched the first strike in the looming trade war with America…

The ratings, which are now level with those of Peru, Colombia and Turkmenistan on the Beijing-based agency’s scale of creditworthiness, have also been put on a negative outlook.

In a statement on Tuesday, Dagong warned that the United States’ increasing reliance on debt to drive development would erode its solvency. It made specific reference to President Donald Trump’s tax package, which is estimated to add $1.4 trillion over a decade to the $20 trillion national debt burden.

“Deficiencies in the current U.S. political ecology make it difficult for the efficient administration of the federal government, so the national economic development derails from the right track,” Dagong said.

The U.S. embassy in Beijing could not immediately comment.

…this is in response to the US blocking Chinese business interests…

Officials in Beijing are seething after the US blocked Ant Financial’s purchase of MoneyGram, and pressured AT&T into abandoning a deal to sell Huawei’s Mate 10 smartphone in the US over espionage concerns.

Twin inquiries by the US Commerce Department could open the way for punitive measures against Chinese steel and aluminium shipments on national security grounds, while a highly-sensitive probe into intellectual property theft and cyber-espionage will deliver its findings on Thursday (US time).

…by threatening a downgrade of US credit, China have openly threatened America to do anything with their inquiries into Chinese aluminium dumping and cyber-spying.

Against a reasoned opponent such threats would be enough to ensure economic self-preserverance, against Trump it could just provoke him into going well beyond any WTO mechanisms for trade disputes and unilaterally respond against China.

This at a time when the US markets are going beyond euphoric into kool aid territory and the real economy in China has slumped to 5% growth.

An over confident America and a China desperate to project external enemies for national solidarity and order are the ingredients for the Sino-US  Pacific cold war to go hot.