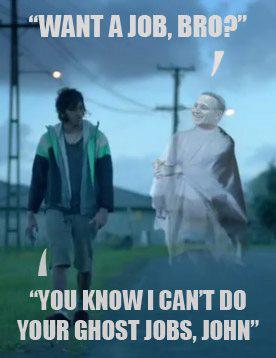 Super ghosts: Pensions paid to thousands already in their graves

Death is not the end for receiving a New Zealand pension, with some receiving payments after a month in the grave.

The Ministry of Social Development (MSD) has continued to pay veterans’ pensions or superannuation payments to almost 7000 people for a month or more after their death during the past five years.

The figures – requested under the Official Information Act in 2015 then released more than two years later – show the number of post-death payments is increasing due to the rising number of New Zealand pensioners.

According to Mary Sewell, from MSD, Work and Income received death notifications from the Department of Internal Affairs (DIA).

If MSD catch any beneficiary in a relationship by spying on social media accounts or accidentally overpay a beneficiary it is fraud, it has immediate penalties added to it and there is interest added on top of the penalty.

MSD infamously chased a woman who should never have been in debt through the Courts for 12 years because they said the beneficiary might win Lotto one day.

But when it’s super payments or veterans’ pensions that are over paid, MSD has a completely different view of compassion and decency.

It’s not that I want this compassion to be removed from the elderly or the veterans, I just wish that the same empathy could be extended to the beneficiaries whose lives they make miserable.

Why can’t we have both rather than spite for one group and sympathy for another?