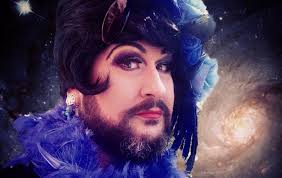 Recently my flat was selected by Stats NZ to participate in the Household Economic Survey. I discovered this when I found a DL sized slip in the letterbox with a handwritten note that we should call the given mobile number to arrange a time for the interview. I did not give this task an especially high priority, despite the printed admonishments that this was a compulsory activity.

We did eventually meet up, me and the person from Stats NZ. They sat perched on the green couch, declining my offer of a cup of tea. With the aid of their laptop, they started the questioning process. In my mind I saw a person doing a job for their pay, and at the same time this moment was an expression of a cog in the mechanism of government.

The questions were what you’d expect, how much do I earn, did I take any unpaid leave last year, have I received any money from a trust. My initial irritation about the state bureaucracy messing up my Thursday evening lessened, as the interviewer showed themselves to be patient and softly spoken.

Right up until the question about gender. “Gender non-binary” I replied definitively, alas though, the only options for coding were a. male, b. female, c. transgender, d. refuse to answer. I thought for a moment, considered answering c. transgender, but in a split second announced “d. refuse to answer”, which was dutifully entered into the system.

The rest of the interview continued without incident.

Later, I reflected on this interaction with the crown, and became angry. I entertained a fantasy about asking the interviewer to leave after that question was asked. But instead, I’m writing this piece so that the erasure of me, by the state, is at least somewhat documented.

I’m a citizen of this country, with all the rights and responsibilities that come with this particular social contract. So I am somewhat alarmed that the existence of my particular experience and expression of gender is not recorded. The state uses the information collated by Stats NZ to inform policy decisions. This implies to me that a non-binary identity is not considered in NZ policy.

I’m too cynical to be surprised, but when the intersection of my existence and the apparatus of the state collide on my green couch, as the cat lazily watches on, it gives me pause for thought.

It’s taken me nearly 40 years to work out just what the hell was going on with me and gender, and a state that actively denies my existence was a huge cause of personal anguish for me. Or at the very least: it didn’t help matters.

Lest the denizens on New Zealand be too smug with the USA and Trump’s move to censor language in the CDC, this is a little reminder that the state here is, and has been, performing acts of censorship for a very long time.