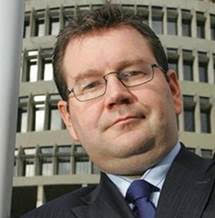 IT’S OFFICIAL – there is now no prospect of this government living up to its promises of introducing “transformational” change. Thanks to Grant Robertson, the Labour-NZ First-Green Government will, with one exception, be fundamentally indistinguishable from the Clark-Cullen ministry of 1999-2008.

The exception? After its initial “Free Tertiary Education” and “Families Package” spending splurges, the Ardern-Robertson ministry intends to keep new spending at levels well below those of both Clark-Cullen and Key-English. Robertson’s fetish for paying down Crown debt and amassing government surpluses will limit this government’s options to doling out some extra cash to beneficiaries and the working poor; increasing public servants’ pay; and making a handful of modest improvements to the nation’s infrastructure.

Now, don’t get me wrong, all of these things are “nice to have”, but we must be very clear about the sort of economic policy Robertson’s “Mini-Budget” is locking-in. Essentially, what we have is a new government offering to be – at best – a slightly more generous version of the government it replaced. At worst, we may be looking at an initial burst of generosity followed by years of the most flinty-faced parsimony. Very much a case of “meet the new boss, same as the old boss”.

Conservative politicians and commentators are forever telling us that problems cannot be solved simply by “throwing money at them”. This simply is not true.

If a business is failing to grow; if it’s employees are being lured away by promises of higher wages; if the technology in use is out-of-date and prone to breaking down: what does the business owner do? If he’s smart, he borrows additional capital and ploughs it into the business. With the additional funds he buys new technology which, in turn, allows him to employ fewer staff at higher wages. The resulting uplift in the business’s productivity generates higher profits, out of which he repays the borrowed capital sum.

Throwing money at problems works a treat. If it didn’t, Capitalism would never have gotten off the ground.

Unfortunately, Robertson does not appear to grasp the critical fact that if New Zealand is to be “transformed” then he, as Finance Minister, is going to have to lay his hands on a very large sum of money. But, not only is Robertson averse to increasing the level of Crown Debt (even though it has never been cheaper for governments to borrow money) but he is also absolutely determined not to use the most important tool which governments – and only governments – possess: the ability to raise “capital” by levying taxes.

Raising taxes is important not only because it would allow the government to accumulate the financial resources necessary to do more than deliver a one-off lift in the incomes of the poorest New Zealanders, but also because a significant increase in the taxes of the wealthiest New Zealanders would begin to undo the transformation that the neoliberal policies of the past 30 years have already accomplished.

The transformation I’m talking about is the transformation which brought an end to the humane and generous social-democratic society for which New Zealand was renowned internationally, and which, in its place, erected the brutally competitive and grossly unequal society the vast majority of New Zealanders are required to live in today. If that society is to be transformed into something more decent and caring, then a substantial redistribution of wealth and power will have to be accomplished.

That could have been the brief of the much-ballyhooed “Tax Working Group”. (On the subject of which I penned a small political fantasy for The Daily Blog back in September.) But, once again, Robertson erred on the side of caution – not transformation. The Tax Working Group, chaired by Robertson’s mentor and political patron, Sir Michael Cullen, has been given a ridiculously narrow brief, whose less-than-transformational outcomes will not come into effect until after the 2020 General Election.

By when, of course, it will be much too late to rescue this government from its all-too-evident parsimony and political gutlessness. Robertson’s tight rein on spending can hardly fail to set the coalition partners at each other’s throats. And as for that “Hallelujah Song” of emancipation and transformation, which Jacinda Ardern somehow convinced Winston Peters of Labour’s willingness to sing. Her ruthless finance minister will, long since, have truncated its stirring verses to a few discordant bars.

There will be some who take umbrage at my uncompromising pessimism. To them I say: “It is only because I have been here before.” I remember another inspirational Labour leader who put an end to nine long years of National Party rule by promising to take New Zealand “up where we belong”, and who then allowed his Finance Minister to wreak havoc on the expectations and aspirations of his party’s electoral base.

“Rogernomics” was able to destroy New Zealanders’ humane and generous society because the political resistance to it was too little, and came too late. If the members and supporters of this government similarly fail to act immediately and decisively against the give now/withhold later policies of Finance Minister Robertson, then the best chance New Zealanders have had in 30 years to heal the harms of the neoliberal “revolution” will be lost.

Not that you’ll hear the National Party and their friends complaining. The low debt and large surpluses bequeathed to them by Grant Robertson will be more than enough to fund yet another round of generous tax cuts – for the rich.

The right-wing transformation of New Zealand will continue apace.