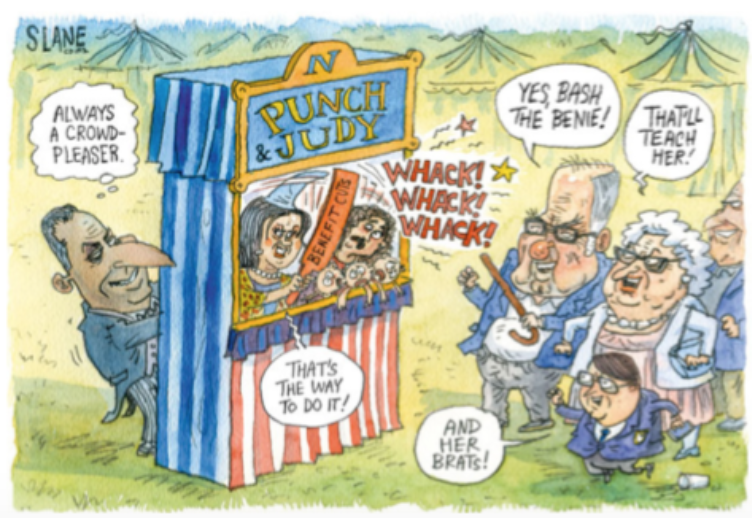 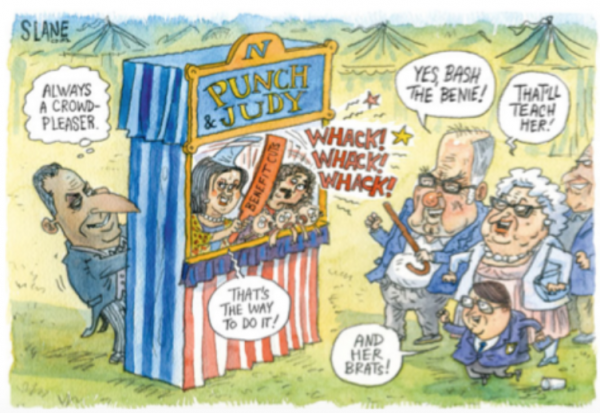 We wrote this report as a follow up the excellent report from Caritas The unravelling of the welfare safety net. published in 2008.

One of the clear threads is the move to a greater reliance on the complex stigmatizing regime of supplementary hard to access add-on means-tested assistance. Core benefits are not enough to live on and low wages are far too low.

As AAAP say in their helpful booklet BENEFICIARY RIGHTS BOOKLET, to get the correct entitlements a beneficiary must take a support person and not be fobbed off.  It is an arduous and arbitrary process to get dribs and drabs from different add-on benefits to get just enough for a meagre income.

Further Fraying details how demand for these add-ons has mushroomed over the past 18 months.  Food grants have especially skyrocketed. What an incredibly inefficient way for people to get the basics.

Here are two stories CPAG was told this week alone:

A mother , with a child  is in an abusive relationship where her partner does not give her any money . She has  part time  work as a poorly paid teacher aide. . There are no provisions  in her contract for a lump sum for holiday pay as  it is included in her paltry wage. Most of the household expenses are paid out of her wages. When she realises there will be no money for Christmas ,  she takes an ill afforded day off  work (so her partner won’t know) to sell some of her possessions to stay afloat over Christmas and the school holidays.

A single mother with two dependents is studying, She undertakes a part time, temporary contract at the beginning of December,.  The contract is for three hours a day for two weeks. Before she begins her contract she advises her case manager of her change of circumstances  . The case manager cuts her benefit  despite being  informed  the nature of the contract undertaken means the mother will not be paid immediately. This young woman is frugal and resourceful and is able to pay or arrange  delayed  instalments on her rent and bills . She has no food. The organisation, that she has temporary employment  with,  rallies around and provides a basic food parcel.

The excellent We are beneficiaries Facebook page outlines many cases of the toxic culture within the system that has developed unchecked. This group is presenting a report of stories to parliamentarians next week All I want for Xmas is a new welfare system

At the Further Fraying launch guest speakers from Caritas, the Auckland City Mission and Auckland Action Against Poverty will share insights of real life consequences of the changes to the welfare system.

We warmly invite all to attend. For more information, please refer to our event page here.