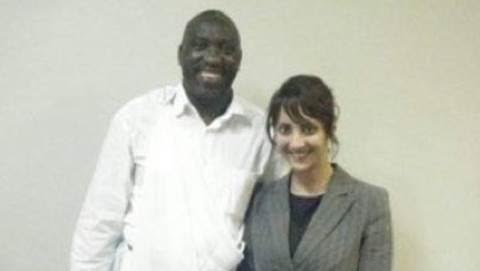 IN POLITICS, as in war, the aggressor’s first strike is almost always directed against the defender’s weakest point. That being the case, the National Opposition has clearly identified the Ardern Government’s lacklustre political management skills as its primary target. Their secondary target, equally clearly, is the Greens. This should be the cause of considerable angst on the Government’s part. The Labour-NZ First Coalition’s political management skills will improve with practice. Improving the Greens political skills is a much taller order!

The Greens face a number of serious problems at the moment, not the least of which is the extremely heavy workloads being borne by the most experienced members of their tiny caucus. James Shaw, Julie-Anne Genter and Eugenie Sage, as Ministers Outside of Cabinet, have their hands full just bringing themselves up-to-speed with their portfolios. Of the remaining five Green MPs: one is an Under-Secretary; one the Party Whip; another is manoeuvring to become the next Female Co-Leader; and the remaining two are complete newbies.

Unsurprisingly, it was one of the latter, Golriz Ghahraman, who this week found herself in the cross-hairs of David Farrar and Phil Quin, two of New Zealand’s most deadly political snipers.

Both men’s attention had been drawn to what can only be described as the unnecessary grandiloquence of Ghahraman’s CV. Describing her fairly modest role in the massive bureaucracy of the International Criminal Court in terms that made her sound like Geoffrey Robertson and Amal Alamuddin Clooney all rolled into one, really was asking for, if not trouble, then most certainly some pretty close enemy scrutiny.

That Ghahraman was not well-placed to withstand such scrutiny, raises two obvious and important questions. Why did she draw attention to her participation in ICT trials without fully disclosing her potentially controversial roles in those trials? And, why didn’t the Green Party carry out the same sort of due diligence exercise on Ghahraman’s CV as Quin and Farrar? At the very least, these simple precautions would have allowed Ghahraman and her Green Party colleagues to anticipate precisely the sort of attacks that eventuated.

The obvious lesson which the National Party will have drawn from this incident is that the Green Party – or at least those responsible for its communications strategies – are in the grip of a conception of politics that places far too much emphasis on marketing and spin. Only the most inexperienced (and cynical) public relations flack could consider it “okay” to leave out of a politician’s most immediately accessible biography (the one on her own party’s website!) something as potentially explosive as the fact the she had served on the defence team of people accused of genocide and other, equally horrifying, crimes against humanity.

The incident will also have alerted National to the fact that the Greens have learned absolutely nothing from the parliamentary bullying meted-out to their colleague, the former Green MP, Keith Locke.

It was the Labour Party’s Opposition Research which dug out of the pages of Socialist Action, the Trotskyite newspaper which Locke edited for many years, a nugget of pure political gold. The Socialist Action League had been an enthusiastic early supporter of the Khmer Rouge – the revolutionary party led by Pol Pot which, in 1975, toppled the right-wing military government of Cambodia. As the editor of Socialist Action, Locke had written articles in support of the Pol Pot regime.

In vain did Locke attempt to explain to his parliamentary accusers that neither he nor the Socialist Action League were even slightly aware of the “politicide” unfolding on the killing fields of Pol Pot’s Cambodia when the offending articles were written. Unfortunately, John Pilger’s shocking revelations that the Khmer Rouge had murdered millions of Cambodians, rendered Locke’s after-the-fact explanations utterly ineffective. He had written in support of Pol Pot – and for many MPs that was enough to place him beyond the pale of political respectability.

The point of this cautionary tale, is that a political party – especially one which, like the Greens, attracts radicals and activists of all kinds – not only needs to keep its institutional memory alive, it needs to keep it kicking-in. The most important lesson to be drawn from Locke’s experience, is that political parties need to conduct exhaustive research into the backgrounds of all its candidates, so that areas of weakness and vulnerability can be identified early and, if possible, neutralised by preventive revelation.

It is supremely ironic that Ghahraman, Locke’s successor in the role of Green Spokesperson for Global Affairs, formed part of the ICC prosecution team bringing the mass murderers of the Khmer Rouge to justice. Ironic, too, that she, like Locke, has seen her credibility in the Global Affairs role severely damaged by a failure to anticipate how the Greens’ enemies, however unfairly, might turn the actions of her past, no matter how well intentioned, against her.

After Ghahraman’s ambush, Jacinda Ardern will be acutely aware that improving her government’s political management skills is not simply a matter of keeping her own Labour Party safe from political snipers, but that the job also entails teaching the Greens how to anticipate – and then dodge – their common enemy’s bullets.