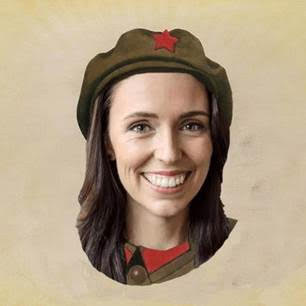 TO HEAR FORBES MAGAZINE TELL IT, socialism was achieved in New Zealand during 1960s and 70s, without bloodshed. In an opinion piece published by Forbes on Monday (20/11/17) former Lehman Brother’s staffer, Jared Dillian, put it like this:

“Not long ago, [New Zealand] was one of the most unfree economies that was not actually Communist in name. Most industry was nationalized, from telecommunications and transportation, to banks and hotels.”

This description is intended to – and probably will – shock the One Percenters who subscribe to Forbes. I, however, would happily wear Mr Dillian’s description of pre-1984 New Zealand as a badge of honour.

Most right-wingers insist that socialism can only be imposed on a country by force. They point to Stalin’s Soviet Union, Mao’s China, Castro’s Cuba and, more recently, to Chavez’s and Maduro’s Venezuela, as proof that the slightest deviation from the shining path of Neoliberalism can only end in tears – and firing-squads. And yet, according to Dillian, New Zealand cracked it! Accomplishing its transition from Capitalism to Socialism through free and fair elections, and without the need for a single gulag, or a single shot being fired.

Naturally, Dillian does his best to paint for his readers the most lurid picture possible of life under New Zealand’s democratic-socialist regime. One can only imagine his millionaire readers shuddering with fear upon learning that:

“There were strict capital controls and prohibitions on owning foreign assets. And of course, punitively high tax rates, inflation, and extraordinary levels of government debt.”

Now high inflation and crippling government debt were all-too-common afflictions during the 1970s, and by no means confined to “unfree economies” like New Zealand. The oil shocks of 1973 and 1979 had destabilised the “free” and “unfree” economies of the world with admirable even-handedness.

Not that Neoliberal boosters, like Mr Dillian, will ever admit that these sudden and dramatic increases in the price of industrial capitalism’s most indispensable commodity offer a far better explanation for the demise of post-war prosperity than the Right’s “usual suspects” – meddling politicians, self-serving bureaucrats and out-of-control trade unionists.

Like all good fairy stories, however, Mr Dillian’s has a happy ending:

“The 1980s saw an enormous rollback in the size and scope of government, and the beginning of a supply-side revolution. Of course, economic liberalization was happening around the world at that time, but it was most dramatic in tiny New Zealand.”

On that Mr Dillian and I find ourselves in agreement!

A few sentences back, I made reference to Mr Dillian’s happy ending: in that regard, it seems, I was a little premature. For all its bluster and bullshit, Neoliberalism turns out to be a remarkably fragile ideology. So much so, that the election of Jacinda Ardern – the Kiwi politician who dared describe Capitalism as “a blatant failure” – was enough to give Mr Dillian (and no doubt a good many of his readers) the heebee-jeebees:

For my money, that’s the most heart-warming endorsement of our new Labour Prime Minister that I have read to date. If Jacinda, with just two words, can shake the very foundations of Wall Street, then it’s possible that a “return to the bad old days of the 70s” may turn out to be something more than this old socialist’s pipe dream.

According to Mr Dillian, we Kiwis have pulled off a peaceful transition to something approaching “Communism” (although we didn’t call it that!) once before. If he’s right about that, then who’s to say that he isn’t also right about our new Prime Minister, Jacinda Ardern, being just the person to do it again!