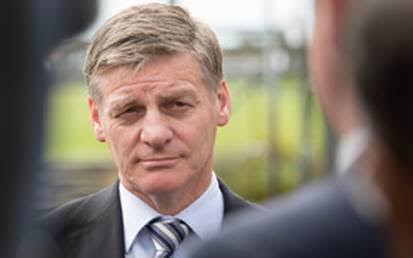 THE NATIONAL PARTY’S BIG PROBLEM in 2017 is that Jacinda Ardern cannot be relied upon to deliver it a fourth consecutive term in government. As anticipated, Phil Goff and David Cunliffe proved to be extremely reliable self-saboteurs – albeit for very different reasons. David Shearer’s challenge to National was real enough – that damn back-story! – but only for a while. The UN trouble-shooter realised pretty early on that he and the Labour Party were never going to be friends and wisely took himself out of play. Andrew Little desperately wanted to be Labour’s next PM, but didn’t know how. Confronted with a guy who couldn’t seem to get out of his own way, National must have thought its fourth consecutive term was in the bag.

How are Bill English and Steven Joyce supposed to defeat a young woman who can set the cold, cold heart of Paddy Gower aflame? How do a couple of guys on the wrong side of 50 fight a social-media phenomenon? Sure, they can say that elections are about policies – not personalities – but, after ten years of relying on John Key’s winning personality, who’s going to believe them?

Besides, when it comes to policy, National’s bill-of-fare just isn’t that appetising. English’s great achievement, as John Key’s Finance Minister, was to impose an austerity regime upon New Zealand’s public sector without the voters noticing. Now that he’s Prime Minister, however, the consequences of nearly a decade of underfunded social services and insufficient infrastructural spending are hitting the electorate hard where it hurts. Promising to put right your own deliberate “mistakes” isn’t all that likely to make the voters feel better.

You have to hand it to Key – he sure knew when to quit!

And this time National can’t even fight dirty. In 2014, Kim Dotcom and David Cunliffe may, between them, have rescued National from the consequences of its own spectacular political sinning. But, National can’t rely upon the “Moment of Truth” of an overweight deus ex machina to save them a second time. And Jacinda Ardern sure as hell ain’t going to apologise for being a woman!

Not even the media is to be relied upon anymore. Oh sure, the dear old NZ Herald will continue to plod on ahead of the National Party, striking out predictably at all the usual left-wing suspects. In 2017, however, the Government must do without John Armstrong. Yes, Audrey Young and Claire Trevett are still there, but do either of these two women journalists any longer have a dog in National’s electoral fight? Does “More of the same” really beat “Let’s do this!”?

As for the rest of the news media: well, National can pretty much forget about it. With the obvious exceptions of Mike Hosking and Leighton Smith, the inhabitants of the news media’s Olympian heights are bored with the status quo. If “Jacindamania” didn’t already exist, they would have felt obliged to invent it. Moreover, thanks to Metiria Turei’s reckless gamble (heroic sacrifice?) the blood-lust of the press corps’ most ferocious predators has been pretty well satisfied. (Some of them, one suspects, may even be feeling a little bit guilty!) Destroying one young woman politician might be passed-off as an unfortunate necessity; but destroying two begins to look like sadism.

And then there’s Winston. (There’s always Winston!) That old dog still has a good nose for what’s coming down the road – especially if that road’s in Northland. Like the hapless Green Party, he’s watching his supporters pass him by. He knows where they’re headed and what it means. Come election night, the winds of change will be blowing hard and he knows better than to steer NZ First’s ship into the teeth of a howling gale. Even if he was able to, somehow, reach the good ship National, Peters knows that all he can expect to do in 2020 is be dragged under with it – along with his political legacy.

Winston understands that, in 2017, New Zealand is no country for old men who attempt to stand in the way of young women.