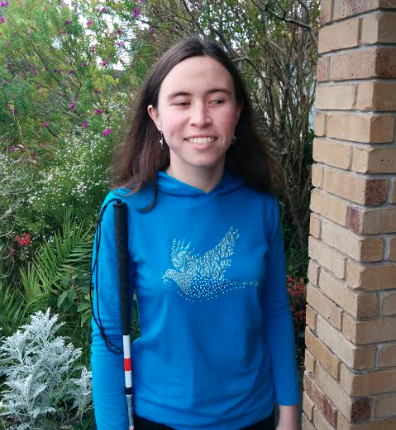 Last semester, I asked for a grade change accommodation on account of my disability, for the first—and I hope the only—time in my life. The change was for a test weighted at 10%, where I received a grade two brackets lower than my average grade in the paper. An assortment of unforeseen factors meant that I simply could not keep up with the pace of that particular test. I’d worked particularly hard on this course all semester to get the grades I had otherwise been achieving, and I couldn’t stand for circumstances outside of my control to get the better of my overall grade. So, I wrote a very careful, detailed email to my lecturer and copied in Disability Services. I suggested a couple possible remedies. One of them, namely taking my average grade in my course as the grade for that test, was accepted as fair by both parties, and my grade was modified (it went up 13%).

I do not pretend to speak for Metiria, but as she recounted last week, her story went something like this.

When Metiria was a single mother studying towards her Law degree, the benefit that she was entitled to under Work and Income was not sufficient to feed herself and her baby. In order to afford keeping food on the table, her rent had to be split between flatmates. She did not disclose the existence of these flatmates to Work and Income, because Work and Income would have slashed her benefit if she did.

My story: from the inside

I hated the fact that I had to write that email to my lecturer and Disability Services. I felt a little bit guilty, because maybe in hindsight, there were a couple mitigating factors I could have thought of that would have made the grade drop less severe(never mind that the same forethought would not have been necessary from my peers). I felt frustrated that, despite the many other relevant factors, my disability stood out as being a burden and the cause of extra stress in the final days of semester. I hated the fact that I had to accept that I was taking a concession—even though I was convinced (as was my lecturer, obviously), that I deserved it given the circumstances.

My story, on a factual level, has something in common with Metiria’s. We both asked an authority to help us, to alleviate a problem we had no power to lessen on our own, owing to circumstances outside our control. But I suspect our stories, on the inside, share even more. It’s reasonable to suppose that Metiria felt a measure of guilt, however unjustified, for not being able to provide for her child without a benefit. She must have been frustrated that the deck of socioeconomic standing was stacked against her. I’ll bet she hated the fact that she was obliged to spend some time raising her little girl on the welfare system.

That is where the similarities between our stories end.

In my story, I told a truth to a system that functioned well enough to remedy the problem to the general satisfaction of all involved. Disability Services were satisfied, my lecturer was satisfied, and I was basically satisfied. I felt relieved, exonerated almost.

In Metiria’s story, she had no choice but to lie to the system in order to get the system to cooperate. She had to avoid her legal obligation to disclose her living arrangements to Work and Income in order to feed herself and her little one. So on top of the guilt, frustration and hate no doubt there came resentment at the heartlessness of the system, and above all, fear. There could be no solution for Metiria within the existing Work and Income framework because if the system did tried to fix itself, it would attempt to balance itself out by asking the legally culpable party, Metiria, to provide more of exactly what Metiria did not have.

But from the inside, there was no solution because the system had Metiria’s pent up emotions held captive. That is a road to breaking people, to destroying their spirit. As Metiria notes, the Work and Income system contributed substantially to breaking at least one woman entirely. She committed suicide after Work and Income accused her of fraud, and while being chased for debt.

Thanks to my socioeconomic privilege, it is unlikely (not to say impossible) that I will ever end up as dependent on our corrupt welfare system as Metiria once was. And I don’t pretend to know exactly how that dependency felt for Metiria, because I can’t know. Maybe I can’t know, but I can guess. Because I can guess, I can empathise with her.

To me, the greatest indignity in Metiria’s story is the fact that, in the very moment when she was brave enough and vulnerable enough to tell us the truth, many New Zealanders attacked her personal integrity. They showed her, and the rest of us, that the societal roots of Work and Income’s ruthlessness may lie considerably deeper in our country’s culture than we expected or would like to believe. I will keep hoping that we can collectively show Metiria that empathy can rule the day. It must, if we are to give the Greens a chance to fix Work and Income and mend the safety net.