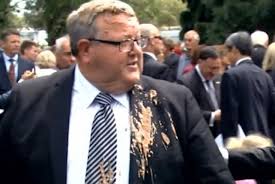 “The United Nations Security Council has reaffirmed that the establishment by Israel of settlements in the occupied Palestinian territory, has no legal validity and constitutes a flagrant violation under international law and a major obstacle to the achievement of the two-State solution and a just, lasting and comprehensive peace. In passing Resolution 2334, the Security Council reiterated its demand that Israel immediately and completely cease all settlement activities in the occupied Palestinian territory, including East Jerusalem, and that it fully respect all of its legal obligations in this regard.”

“every settlement creates false hope for the settlers that the land will one day be part of a greater Israel. Every settlement takes land away from Palestinians needing homes or farmland or roads.”

In anger at the UN Security Council approval of Resolution 2334, the Israeli Foreign Ministry has announced a determination to withhold US$6m from payments due to the United Nations.

On 14 June, in an interview on Radio New Zealand’s Morning Report, New Zealand’s Foreign Affairs Minister, Gerry Brownlee, was asked about his view on the legality of Israel’s Jewish-only settlements on Palestinian land. His answer to that question was:

“What we’ve said is that the settlement issue is one that the parties that are in dispute need to sort out among themselves. And we will do what we can to assist in that process. But in the end, it’s something for them to determine.”

In 1967, Theodor Meron, the Israeli Government’s chief legal adviser at the time, warned his Government that, according to international law, “a nation may not settle its citizens on land that it has gained by conquest to usurp the rights of the original residents”. To this day, Meron stands by his advice. Article 49 of the Geneva Convention on the protection of Civilian Persons in Time of War prohibits an Occupying power to transfer parts of its own population into the territory it Occupies. Confiscation of land to build or expand settlements is similarly prohibited. Article 49 also prohibits the forced removal of citizens from land gained by war and this is exactly what Israel is doing in the settlement areas. New Zealand’s sponsoring of UNSC Resolution 2334 was based upon these binding principles of international law. They are non-negotiable. Therefore, any requirement that the defenceless victims of Israel’s violations of these principles of international law should negotiate with their oppressor must be tantamount to condoning coercion.

On 3 July, New Zealand MPs, including Mr Brownlee, were sent an email that drew attention to Israel’s criminal behaviour towards Palestinian children. Does the Minister continue to stand by the view he expressed in the Morning Report interview? If so, we would appreciate it if he would explain his reasons for believing that these gross violations of the UN Convention on the Rights of the Child, ratified by New Zealand on 13 March 1993, are not also a matter for the world community to consider.

In November 1947, New Zealand voted in favour of a non-binding UN General Assembly Resolution to partition Palestine, while ignoring the Palestinian people’s protests. This policy demonstrated a view that Palestinians had no right to determine their own future in their own homeland. Continuing support by world leaders for Israel with the de facto granting of impunity for its violations of international law have thus inexorably led to mounting injustice and cruelty.

Last year, the Netherlands Government donated dozens of solar panels and electrical equipment, comprising a hybrid power system of both diesel and solar power, to the West Bank Palestinian village of Jubbet al-Dhib. This gift had made life a little easier for 30 impoverished families. On Wednesday morning, 28 June this year, the Israeli Occupation Army raided Jubbet al-Dhib, plundering the village of 96 solar panels and destroying items that were less easy to remove. The New York Times reported that the Dutch Foreign Affairs Ministry was furious – but what did it expect? Had the Dutch Government forgotten that Israel had similarly plundered the village of a solar-powered public lighting system in 2009? The purpose of the Zionist state’s military Occupation of the West Bank is not for the benefit of the Palestinian people, quite the reverse – Israel’s presence there is plainly malevolent and self-serving.

Jubbet al-Dhib lies in the shadow of two illegal Israeli settlement colonies, El David and Noqedim. The Noqedim settlement is home to Israeli Defence Minister, Avigdor Lieberman. On top of these oppressive settlements, the villagers have to cope with the fanatical presence of a number of additional Israeli colonial outposts that exist in violation of both Israeli and international law. But – take note of this – they still enjoy connection to the Israeli power grid and access to other Occupation infrastructure. Israel demolished more than 300 Palestinian buildings and infrastructure facilities in 2016. According to The Jerusalem Post, all of them had been installed with the support of international organisations or with the financial help of the European Union. The Israeli Government’s decision to prevent the use of solar energy technology in Jubbet al-Dhib can have only one purpose, and that is to increase the villagers’ suffering so that they will give up and leave their homes, thus making it easier to expand settlements.

Can any government believe that Israel has respect for the Palestinian people and for a just outcome? Gerry Brownlee, please tell the world what you and the National Government believe is driving Israel’s behaviour in these matters.

The United States abstained, rather than vote against, Security Council resolution 2334 but still it passed 14-0. Israel’s reaction, however, was far from promising. Israeli PM Netanyahu expressed fury over UNSC 2334, threatening that: “If you continue to promote this resolution from our point of view it will be a declaration of war. It will rupture the relations and there will be consequences.” The Israeli PM also said defiantly: “We don’t turn the other cheek. Countries of the world respect strong countries that stand up for themselves.” Netanyahu believes he can afford to be be scornful because UN Resolution 2334 has no sanctions with which to call Israel to account. The Israeli Government did believe it had the right to impose sanctions of a sort upon New Zealand though because, after relenting a little following the withdrawal of its ambassador, the Israeli Embassy said, “until further notice” no more sanctions would be imposed against New Zealand.

MFAT has the following to say about UN sanctions:

“Sanctions apply pressure to countries that threaten peace, have harmful policies or don’t co-operate with international law.” [My emphasis – LB]

MFAT also informs us that:

New Zealand has followed UNSC sanction decisions in the past, for example in 2008 against Lebanon, 2011 against Libya, 2015 against Syria and in 2016 against Iran.

We ask the Minister, in view of Israel’s determination to defy the world community, is the National Government willing to ask the Security Council to impose sanctions upon Israel until it ceases to violate international humanitarian law? And will the National Government consider the imposition of travel bans upon Israeli individuals responsible for committing such crimes? If not, please explain why not. Remember that MFAT also declares:

“The protection of human rights is fundamental to achieving peace and stability, and New Zealand is known for its work to promote human rights internationally.”

On 7 July an overwhelming vote by 122 UN member states, including New Zealand, for a treaty on the prohibition of nuclear weapons was met with loud cheers at the United Nations. Israel refused to take part and as the only country to have introduced nuclear weapons to the Middle East, the Zionist state continues to refuse to sign the nuclear non-proliferation treaty.

“We take our responsibility for helping create and maintain a peaceful world seriously. New Zealand participates actively in the international campaign against terrorism, initiatives to prevent the spread of weapons of mass destruction [my emphasis – LB] and peace support operations.”

So we ask you, Mr Brownlee – please demonstrate the National Government’s commitment and take action to end Israel’s impunity.

As you can see, included among the sources for the information provided for these Open Questions are The New York Times and Israeli newspapers Haaretz and The Jerusalem Post. This is reality, not opinion. Do you defend Israel’s behaviour, Minister? Or do you condemn it? Does the National Government believe that this oppression signals a sense of fair play on the part of the Israeli regime? Do you believe that the Palestinian people have reason to believe that Israel is well-intentioned?

With reference to the above MFAT statements we ask the National Government to publish an MFAT Press Release in answer to the questions we have raised here and which are also summarised below.

Does the National Government:

2. agree that requiring the Palestinian people to negotiate with Israel while, at the same time, remaining subject to its belligerent, military Occupation, actually amounts to coercion? If the Government does not agree with this assertion, we ask that MFAT publicly release its reasoning in terms of the Fourth Geneva Convention.

3. accept that Israel’s gross violations of the UN Convention on the Rights of the Child, ratified by New Zealand on 13 March 1993, are a matter for New Zealand and the world community to consider?

5. intend to take steps regarding the imposition of UN and other sanctions upon Israel until such time as it conforms with Security Council Resolutions and the provisions of the Fourth Geneva Convention?

Should the National Government response be that it has no intention of proposing UN sanctions against Israel, we ask MFAT to explain the reasons why not.

The passing of UNSC Resolution 2334 is a timely reminder that the Israeli Occupation of Palestine lies at the epicentre of the growing Middle East crisis. The continuing failure to bring Israel to account puts at risk the very survival of international law, peace and stability. We look forward to clarification from the National Government and MFAT with regard to these questions.