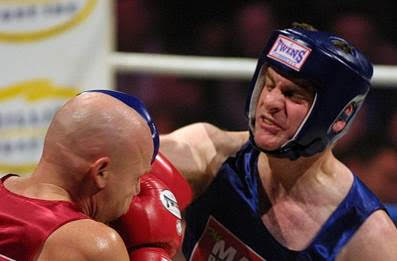 JUST OVER NINE WEEKS to go before New Zealand votes – and what a mess! The National-led Government is an administrative disaster in which demonstrable incompetence strives against refined political cruelty for mastery. At this point in the electoral cycle, Bill English should be staggering across the ring like a bloodied, punch-drunk boxer desperate for the salvation of the fight’s final bell. Instead he’s still up on his toes and trading punches with an opposition that seems incapable of laying a single glove on his up-tilted prime-ministerial chin.

Labour’s performance is especially woeful. Andrew Little and Jacinda Ardern swing wildly and miss. That there are two other fighters in the ring with Labour should be imbuing the whole anti-government team with confidence. Except that, instead of taking turns to punch Bill English in the face, the Greens and NZ First are trading blows with each other. Hardly surprising, then, that Labour is losing focus!

This lack of focus, this weakness, lies at the heart of the Opposition’s difficulties. Labour should now be polling in the high 30s, with the Greens and NZ First struggling to stay above the 5 percent MMP threshold. Even when defeated by John Key in 2008, Helen Clark and Labour still managed to attract 34 percent of the Party Vote. The Greens were minor players, with a modest 6.7 percent, while NZ First, with just 4.7 percent support and no electorate seats, was driven out of Parliament altogether.

Labour’s repeated failure to produce a credible replacement for Clark has created a political vacuum into which both the Greens and NZ first have been only too happy to step. In doing so, however, they have contributed to the widespread public perception that the Opposition is a house divided, or, in the devastating visual language of the National Party’s 2014 campaign propaganda – a Ship of Fools.

The explanation for Labour’s failure is to be found in the arrogance and lack of imagination of its caucus. Though the party membership understood the need for a clear reaffirmation of Labour’s core principles, its MPs remained wedded to Clark’s cautious incrementalism. Without a Don Brash-like “defender of the faith” to re-energise Labour’s base and reassert its claim to leadership of the Left, the party’s share of the vote fell to 27 percent in 2011 and 25 percent in 2014. Four lacklustre leaders in nine years have not only sapped the morale of the party membership, they have also contributed to a pronounced loss of public confidence in the political competence of the Left as a whole.

As Labour has weakened, the Greens and NZ First have convinced themselves that the role of second party is theirs for the taking. In the case of NZ First, this is not an altogether fanciful ambition. Given the right set of circumstances: a cruel and incompetent National government; a fast declining Labour Party; an electorate looking to shake up the status quo; and it is possible to envisage Winston Peters breaking through. That the Greens will somehow exceed the 10-11 percent which, to date, has defined the outer limits of their support – that is much harder to see. Nonetheless, they will try. Labour’s failure being the precondition of their success.

So Bill English keeps dancing, jabbing and, occasionally, connecting. Watching him confront not one, but three, opponents, the punters may even start seeing the Prime Minister as the underdog in this fight. What should have been an execution – an act of euthanasia even – continues to be a contest.

And, so far, National isn’t losing.