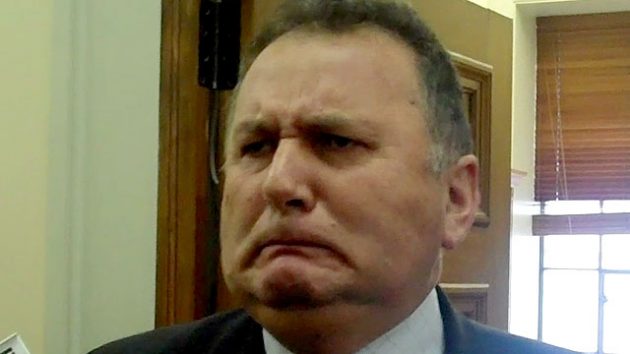 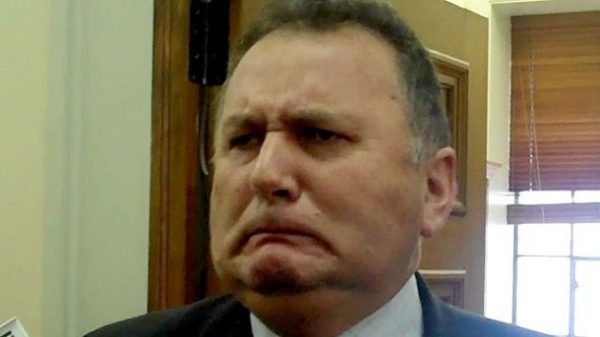 At the time of writing; it has been 7 hours since NZ First’s List MP for Rodney; one Tracey Martin, put up a post on Facebook; of a media advisory that on Friday 30th June, Rt Hon Winston Peters will be announcing the candidate for the general electorate seat of Whangarei.

One guess who that might be (Tip: The media has been talking about it for around a year, now).
Labour’s (or is it National’s?) very own Shane “Red blooded, robust dude” Jones has been tipped for some time now, to be the NZ First candidate for Whangarei in the 2017 General Election.

But why is it not a smart idea?
I mean, Shane is an experienced politician to boot.
This particular “red blooded, robust dude” served not only as a Labour Party MP for 9 years; but also as the Minister for Building and Construction, as well as having held an associate portfolio for Treaty of Waitangi Negotiations, Immigration, and Trade.
In fact; Mr Jones was made the Chair of the Finance and Expenditure Select committee shortly after his entry to Parliament in 2005.
He was even touted -repeatedly- as a future leader of the Labour Party (although both his 2013, and 2014 bids for that spot fell short).

Well; here’s why it’s maybe not such a smart idea, after all.

Firstly; in 2008, in his capacity as Associate Minister of Immigration; Jones approved the citizenship of Chinese businessman, Mr Yang Liu (AKA Yong Min Yan, AKA William Yan).
It would seem that Jones had acted against officials’ advice that he should decline the application because of questions about Liu’s multiple identities, and a warrant for his arrest in China.
Liu, in the meantime; was charged with making false declarations on immigration documents.
All charges against Liu were eventually dropped; but one may still question why Jones ignored immigration officials, and went ahead with the approval anyway.
One might outright believe Jones when he says that this was for humanitarian reasons (according to Jones; he’d received advice that Liu would be executed, if he were to return to China).
But, one might also ask why Jones neglected to tell the leader of his party, Helen Clark; of these circumstances at the time, so as to save her successor -after Goff- David Shearer, from going to the trouble of requesting an inquiry by the Auditor-General.
One’s guess is likely as good as mine.
Might it be because -as Yan/Liu tells it-, they’re personal friends?


By the way; it’s worth noting that upon Liu/Yan’s return to China, he was arrested for money laundering (but not executed); and was sent back to New Zealand where he was convicted last year.

The credit card record also showed that he chartered an executive jet for $1200, which he claimed was due to bad weather which forced a change in his schedule.

On 14 June 2010, Phil Goff demoted our “red blooded, robust dude” for misuse of ministerial credit cards.
Jones was removed from the parliamentary front bench and stripped of the shadow portfolios of Environment and Economic Development.


But alas; these are not the only reasons why it may just be a poor move for Winston to call upon his “red blooded, robust” friend to stand for New Zealand First, in Whangarei this election.

As anyone who follows New Zealand First and it’s stances will know; we’re a party who has for some time now, contended that the proposed Trans Pacific Partnership Agreement (which in case you didn’t know, Bill English is doing his damnedest to revive after the seemingly not so fatal blow dealt to it by President Trump), is a terribly bad idea.

Our own Trade spokesperson; Fletcher Tabuteau MP, and even the Rt Hon Winston Peters himself have engaged with the public of New Zealand many times with speeches and talks that have imparted grave warnings of the Investor State Dispute Settlement (ISDS) clauses in that very agreement; which would -as both men have repeatedly stated- hold New Zealand, and indeed it’s very status as a sovereign nation; hostage to lawsuits -to be arbitrated offshore- by transnational corporations whose potential profits may be adversely affected by any new laws which this, or future governments may sign off on.

The problem with Shane Jones of course; is that he has gone on record to say that he believes that same agreement to be a good thing, stating at a hui which he facilitated in Northland last year in August, that the agreement would benefit Northern Maori who were reliant on export industries such as fish, honey, and forestry.

Now, I’m not sure about anyone else; but to me that doesn’t sound much like the scathing criticisms of the Neo-Liberal agreement that have been so fervently touted by New Zealand First since AT LEAST 2014, which have continued right up until now.


The question that should be one everyone’s minds in New Zealand First; is what exactly it would be that this “red blooded, robust dude” actually represents for the party, and it’s post-election plans as regards both coalition, and future policy; especially as he’s widely regarded as the main rival to current deputy Ron Mark, for the leadership once Winston eventually retires.

It’s also worth wondering whether or not he’d be capable of winning Whangarei, even were it not for the fact that every single time he’s contested an electorate so far; he’s fallen short of the mark.
I can’t speak for anyone else on this; but I have to say that in my view, our “red blood, robust dude” isn’t looking too flash as a prospective candidate for New Zealand First, or any other party.
Speaking of which; didn’t Jones promise when he left that he wouldn’t be standing for another party?

One last note; is that New Zealand First has always prided itself on its own internal democracy.
One would think therefore; that it’d leave a bit of a rotten taste in the mouth to see that on Tuesday, it was reported by the Otago Daily Times and Maori TV that although Shane Jones would be expected to announce his candidacy for New Zealand First on Friday; that Mr Peters had confirmed that no selection had been made for Whangarei.

Conclusion:  Looks very much like a rotten egg.
Time to hope and pray that Winston will be announcing someone else entirely.
One would hope, that if a humble Applied Science student like myself can disseminate why a “red blooded, robust dude” isn’t exactly a solid contribution to the ranks of New Zealand First; that a man like Rt Hon Winston Peters, with almost 40 years of political experience under his belt would be capable of the same.

Ermmm… One more thing that I almost forgot, and I know that a lot of my fellow members of New Zealand First agree with me on this (some to the point where they’ve said they’ll resign their membership, which is something I had also previously threatened to do, but have been tentatively convinced to refrain from – for now).
#NeverShane

About the writer:
Anton Skipworth; 29, is an Applied Science student at UCOL in Palmerston North.
He is based in Whanganui, and is a father of two.
He is also the current Vice Chair of the Whanganui Electorate Committee for New Zealand First.