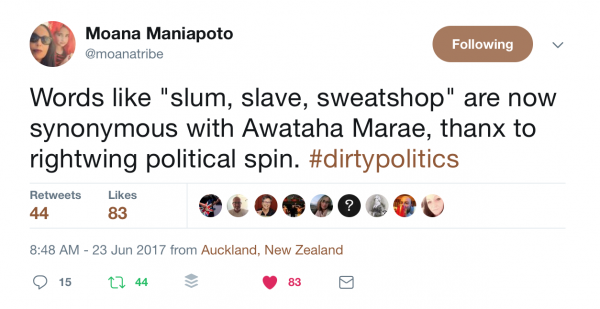 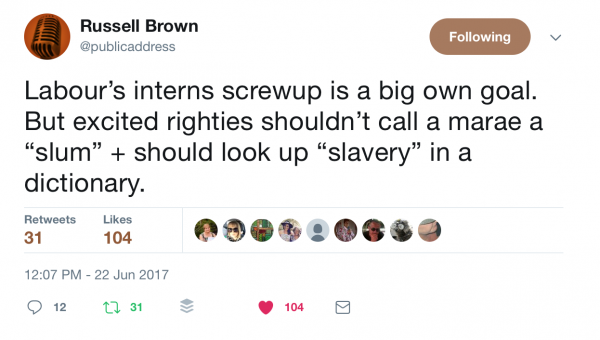 Was the Rautahi Marae that opened its doors when Edgecumbe flooded a slum?

When the Manurewa Marae opened its doors to the homeless was it a slum?

When Te Puea Memorial Marae opened its doors to the homeless was it a slum?

I went out to Awataha Marae, it isn’t a slum.The right have leapt upon two disgruntled Interns (one who stole wine and got resentful) and have ignored the majority who had an amazing time.

The level of racism against Marae by right wingers desperate to denigrate Labour highlights the hatred that drives these people.

The spitefulness of those describing Marae as sweat shop slums for political gain is the ugliness here, not the attempt to engage youth at the ballot box.