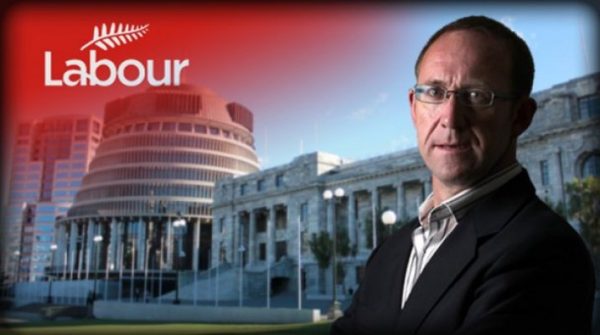 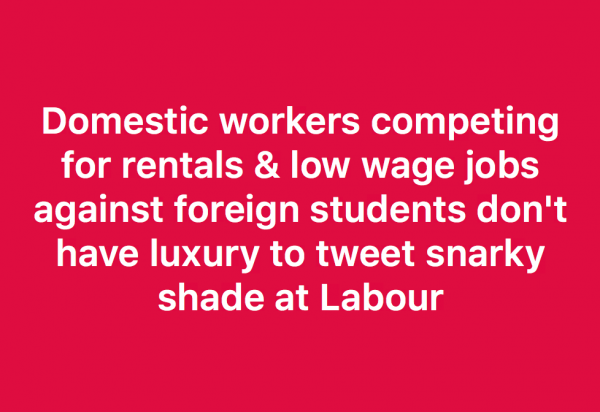 Keith Locke is a national treasure, and a great man whom I respect deeply.

Idiot Savant is one of the best left wing bloggers in this country.

Danyl McLauchlan is one of the wiser and more considered bloggers in the NZ blogosphere.

And Labour Youth as a movement has been one of the most important activist groups for change in NZs youth political landscape.

All made solid criticisms and genuine points at the beginning of this year against the recent Broadchurch strategy that Labour have undertaken in their attempt at changing the Government.

And that was all in just February.

Fast forward to June and we have righteous left wing condemnation that NZ Labour aren’t enough like Corbyn and according to Twitter Liberals, Labour’s immigration policy stopping foreign students from rorting the fake education industry apparently borders on the cross burning. 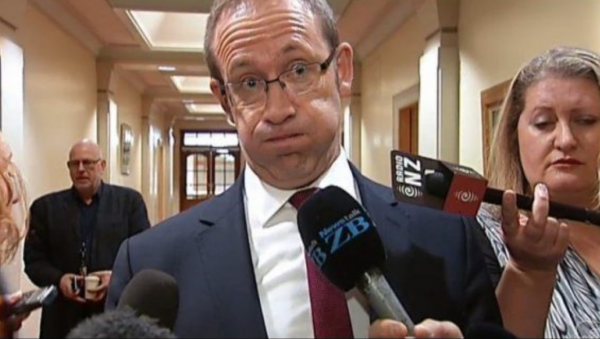 All those criticisms are valid concerns, and some I share, but I think there are 4 issues to consider in response to those criticisms which added up still make Labour the most important part of any change of Government in September.

1: Peter Dunne as a progressive defender of civil rights

Greg O’Connor may be many things, but he didn’t sell his vote to the government to ram through vast search and surveillance powers. Dunne must go, and if it takes a a former Union cop boss to do that, so be it. Dunne out of Parliament robs National of a supply and confidence partner. It is essential for a change of Government that Dunne goes. Would an O’Connor win suddenly mean arming Police was on the table? Like hell it would. If O’Connor attempted to push that barrow, I’d be the first to demand he gets thrown out of the Party.

2: The Right look for converts, the Left look for traitors

Looking at the outrage Olympics on social media by some over Labour’s immigration policy is a reminder that we on the left have a tendency to look inwardly for traitors while the Right are always focused outwardly for converts. This cosmopolitan elitism starts becoming more pronounced when its middle class proponents are culturally and economically disconnected from the harsher realities of free market globalisation. Twitter liberals will fizz with rage at foreign students cut backs and claim racism, but the domestic working classes who are competing against those foreign students for rentals and jobs see economic survival not membership to the KKK. Writing off working class experience to label everyone xenophobic is the exact same hubris that undid Clinton and the Remain  movement in the Brexit debate.

3: How else do you win elections? Broadchurch vs Pure Temple

I get this terrible feeling that many left wing activists are going to go into shock when they realise Labour + Greens won’t = 51%. I spent the last 3 election cycles trying to start up smaller political party’s to the left of the Greens in an attempt to create a political partner that could provide Labour and the Greens with 51 by using the MMP coat-tailing feature. That didn’t work. The simple reality is that with less than 4 months to go until the election, the only way a change of Government happens is with NZ First. This means a Broadchurch strategy has to trump Pure Temple tribalism. If we want to change the Government it will require policy and values broad enough to bind rather than divide.

As activists we can’t pretend Labour Policy will solve all the perceived short comings of 9 years of National underfunding, but neither should we underestimate what could be gained. The doors are open to our MPs if they form a Government and getting them into power is just the first step. Once they are inside the Beehive we need to redouble our efforts to influence change because changing this Government and implementing progressive policy doesn’t end in September, it’s just the beginning where we start lobbying for our values.

Labour are far from perfect, but they need to get to 34% to be in position to change this Government. We can highlight the failings of Labour and urge them to do better, that is a valid response,  but there’s a time when all good people need to come to the party, and that time is rapidly approaching.

Voting once ever 3 years isn’t enough democratic participation, we need to prepare to continue for an activism that walks with our MPs and pushes them if a change of Government in September is to mean anything.

Getting a change of Government is just the beginning.