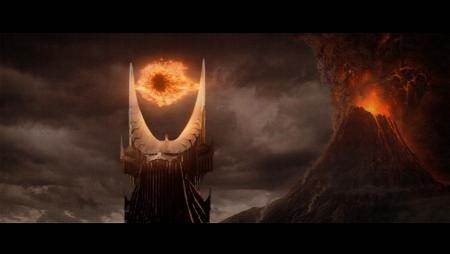 The surprise by the corporate mainstream media that the 5 Eye Nazgul are meeting in Queenstown is Orwellian double think.

The truth is that the 5 Eyes spooks meet in NZ quite regularly and the surprise by the corporate media is more due to the lack of institutional knowledge now inside these news organisations.

Key meets high-ranking US intelligence chief
Prime Minister John Key has had a meeting with a man he describes as the most senior American intelligence official to visit New Zealand.

US Defense Secretary’s visit ‘shows great progress’ – Coleman
New Zealand is hosting the United States Secretary of Defense today in a symbolic visit that could signal a move towards restoring defence ties between the two countries.

…this ignorant surprise at 5 Eye spooks visiting NZ hides the horrible reason as to why the 5 Eye Nazgul visit so regularly here, and that is because we are so apathetic that we don’t bother protesting these visits.

If these spooks were trying to meet in Canada, Australia, Britain or the US, it would provoke massive civil rights protests, but because they are held in the Shire, the sleepy hobbits of muddle Nu Zilind barely even register what the hell is going on.

That’s a lot of security apparatus doing what?

Our digital individualism has trapped us all culturally by the mass surveillance of the Deep State and its power over our Democracy is almost immeasurable.