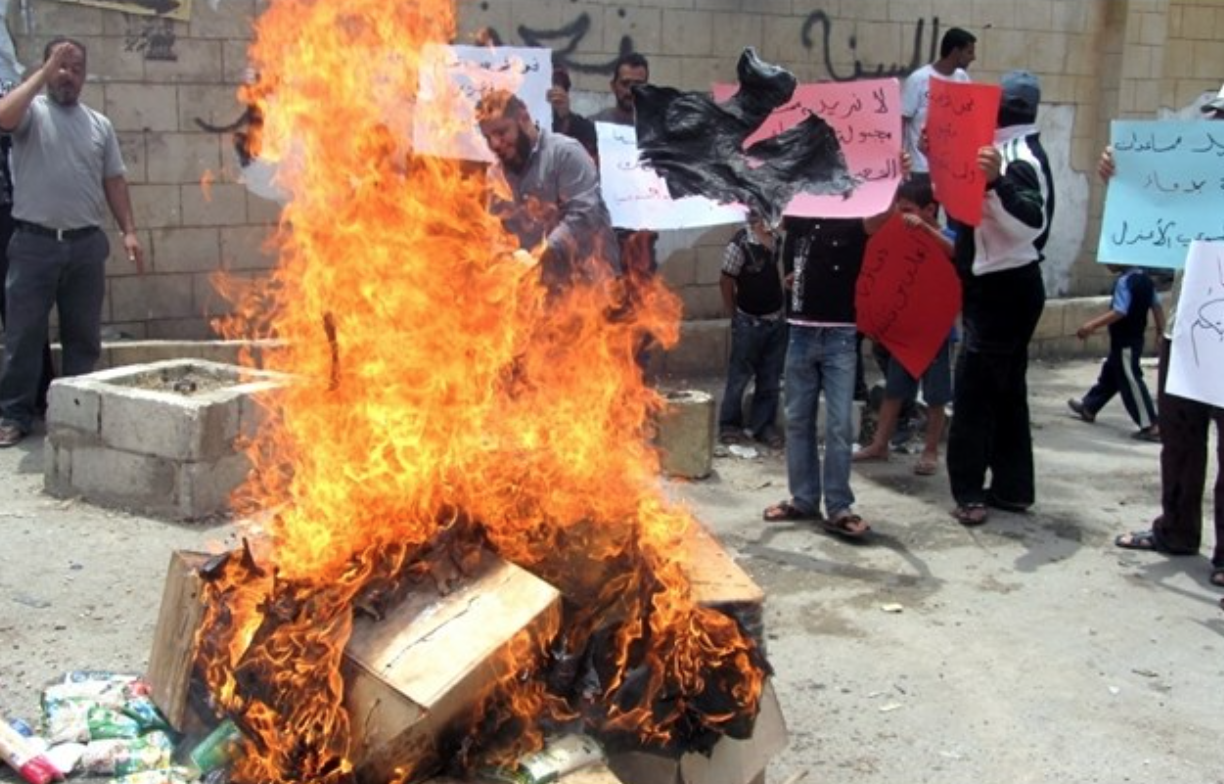 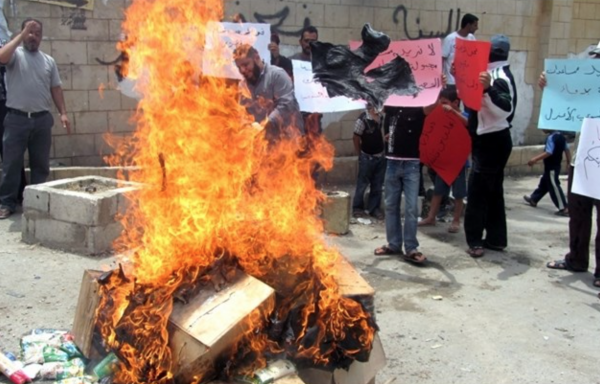 In reply to Chris Trotter and other New Zealand Leftists and Liberals rushing to excuse, or explain away, the Syrian Regime’s aerial gas attack on the liberated Syrian province of Idlib.

I was in Syria for during September/October 2010 as a member of the Kia Ora Gaza team attached to the Viva Palestina mission to break the siege of Gaza.

It may not have been a long time, but I can tell you it was long enough to recognise that we were in an oppressive police state.

We had entered Syria from the Southern Turkish University city of Asana, following a route through the Turkish cities of Kay Saree, Ankara, and Istanbul.

All the way we were hosted by Palestinian refugees, residents in the cities we passed through. Following not long after the Turkish aid ship Mavi Marama massacre, our overland convoy had got a lot of media attention, enough to attract the attention of then Dictator of Egypt Hosni Mubarak. While we were in Turkey Mubarak issued a press statement that the overland convoy would not be allowed to enter Gaza through the Rafah Gate.

At an information rally in the main square in Istanbul, during an impromptu TV interview, I was asked to comment on Mubarak’s statement that our convoy would not be allowed to enter Gaza by the Egyptian State. I knew that a smaller previous overland convoy made up of Westerners had embarrassed the regime of Mubarak into opening the crossing against Israel’s wishes. So I made a statement to the Turkish media that We will be entering Gaza, and we will accept nothing less”. My defiant reply to Mubarak was translated into Arabic and played across the Arab World, even in Egypt.

To prevent a repeat of his experience with the last overland convoy, Mubarak then announced that we would be banned from entering Egypt completely. (This was an unprecedented move by Mubarak, as the Egyptian tourist business which makes up a large of the Eygptian economy is heavily reliant on Western visitors which have a special status not accorded the locals.

That is how we became stranded in the Palestinian refugee camp in Latakia.

During this period it became clear that we were also an embarrassment to the Syrian authorities.
Almost very night during our stay in the refugee camp, political rallies over Mubarak’s ban attracted large gatherings of Palestinians, and Syrians from the nearby city.

Meanwhile we were not going anywhere. And the political rallies were growing bigger and bigger.

Eventually a deal was struck between the Egyptian and Syrian Governments that we would be allowed to leave Syria for Egypt. On the understanding that we would be escorted under close military guard all the way to Rafah and through the crossing into Gaza.

The agreement was that we were not to stop or interact with the Egyptian populace in any way.
And so it was, the surreal event unfolded where under the muzzle of Egyptian guns we were escorted into Gaza, and after delivering our medical aid to the besieged city, and after a short 3 night stay in the city, we were again escorted out through Egypt under armed Egyptian guard in the middle of the night and immediately deported.

It was while we were in Gaza that we saw the first stirrings of the Arab Spring. In the lobby of the Palestinian Hotel where we stayed in Gaza, there was a flat screen TV that was always tuned to Al Jazeera Arabic. The screen showed massive demonstrations breaking out in Egypt in the universities. Many of the student protesters among the massive crowds were flying the Palestinian flags. I asked the Palestinian concierge behind the desk to change the channel to Al Jazeera English, which he did. But the feed was completely different, game shows and trivia. No mention of the huge student protests in Egypt. (I asked the concierge to change the channel back to Al Jazeera Arabic, (getting him to translate the commentary for me) in the end Mubarak ordered the army to violently occupy and close down all the universities, with some deaths and many arrests.

Being Westerners we seemed to be in safe place in the eye of the storm. But all around us we witnessed the seething resentment of the totalitarian regimes that were keeping the Arab people down, both in Syria and Egypt. In fact of the three societies I witnessed, Gaza, (apart from the murderous Israeli terrorist invasions and attacks) was the most liberated and relaxed and free of the societies, where we could go where ever we liked and talk to whoever we met. But even while we were there, there was a small Israeli air raid on the tunnel complex in the South of the Gaza strip and Israeli jets buzzed the city at night waking us up.

The point of all this, is that during my stay in Latakia Syria I got to meet many people both Syrian and Palestinian and the their hatred and distain for the dictatorship was palatable. The refugees explained to me that far from being a liberator and protector of the Palestinians, the Assad regime had made their peace with the Zionists.

If I had time I could write at length of the many personal interactions I experienced. Many of the refugees were intrigued and fascinated that I as a secular Westerner were interested in their cause, whereas the authorities of the Arab country of Syria treated them with suspicion and antipathy.

Some of the refugees I met had fled Zionist violence in Israel and had remained traumatised by it, they told me that they and others suffered flashbacks and panic attacks whenever the Syrian military regime made a show of force in the camp.

On returning to New Zealand I followed events in Middle East and in Syria very closely. The Arab Spring which is the biggest protest movement in history, involving the mobilisation of tens of millions, overthrew the Western backed dictatorships of Ben Ali in Tunisia and Mubarak in Egypt. As well as giving some serious frights to the reactionary emirate autocracies.

I knew from my experience that the Arab Spring would have a harder time in Syria, and that the regime would have no hesitation on turning to massive violence to put down any popular movement opposed to the dictatorship.

Having met the people and walked its streets I can vouch that the people would have been completely helpless in face the massive military violence unleashed against them. Some of the refugees I had met had fled Zionist violence in Israel and still remained traumatised by it, and told me that they and others suffered flashbacks whenever the Syrian military authorities made a show of force in the camp. I watched helplessly as live feeds showed Syrian warships shelling the refugee camp from the sea and army tanks rolling into the camp, as fighter planes straffed the camp from the air.

And what was the refugees of Latakia’s crime?

Joining with the Syrian people protesting the regime in the City centre.

At the beginning of the repression Palestinian refugee camps, particularly the biggest refugee camp in Syria on the outskirts of Damascus offered a haven to Syrian civilians fleeing the violence. Only to attract the regime’s wrath to themselves, with starvation siege and aerial bombardment.

In the end in Latakia, in a scene reminiscent of the Pinochet Junta in Chile, the majority of the population of Latakia refugee camp were herded into the Latakia football stadium, from where many were sent into detention never to be seen again and the rest were scattered to join the 13 million refugees and internally displaced.