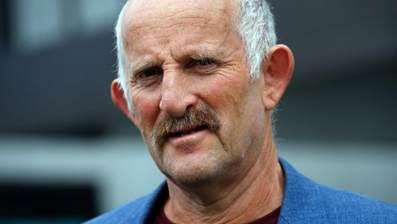 WHEN GARETH MORGAN launched “The Opportunities Party” (TOP) project, I instructed myself to take it easy. Yes, in the 1990s, Morgan had been one of the more vociferous supporters of the Neoliberal Revolution. But, with the new century, he’d appeared to mellow. On the big issues of climate change, inequality and poverty he’d demonstrated an encouraging willingness to refrain from the standard right-wing knee-jerks and hear the evidence.

Given that the number of neoliberals actually willing to listen to inconvenient truths is vanishingly small, Morgan’s performance struck me as impressive. “So,” I told myself, “the Left should wait for the release of TOP’s signature policies. No rushing to pre-judgement this time. For once, let’s just suck it and see.”

But, fuck it, I’ve seen enough. Morgan’s shown himself to be just another latter-day Procrustes*. If the TOP man has his way, New Zealand and New Zealanders will, once again, be “restructured” to fit the ideologically-determined dimensions of Morgan’s Procrustean bed.

Well, once was enough, Gareth, thank you all the same. Between 1984 and 1993 New Zealand was plagued by a seemingly endless succession of economists-turned-social-engineers – all bearing complicated plans for improving the lives of its citizens. When people objected that these plans would throw people out of work, devastate communities, radically widen the gap between rich and poor, and generally upend the lives of thousands, they were greeted with long sighs and pained expressions.

“Yes,” said the economic engineers, “there would be a certain amount of short-term pain – but what you need to think about is the long-term gain!

“And besides,” they always added (as if it constituted a clinching argument) “there is no alternative!”

And there wasn’t, not back then, because the economic engineers enjoyed the full backing of the Treasury and were acting in accordance with government policy.

So painful and disruptive was the Neoliberal Revolution, however, that in the years following the introduction of MMP in 1996, no government dared to indulge in the sort of wholesale social-engineering made notorious by Roger Douglas and Ruth Richardson.

The Labour Party had been deeply traumatised by Rogernomics and the Neoliberal Revolution. The vicious ten-year-long civil war on the Left, during which Labour and Jim Anderton’s Alliance had fought each other to a standstill, only ended when Labour signalled that while the revolution would not (should not?) be rolled back, neither should it be advanced.

The Don Brash-led National Party was willing to give the revolution another go, but the New Zealand electorate decided (narrowly) not to give him the opportunity. What’s more, Brash’s successor, John Key, made a fetish out of not wanting to change very much at all. The Helen Clark/Michael Cullen-defined economic and social policy consensus of 1999-2008 would not be assailed.

But the Clark/Cullen consensus is precisely the status-quo that Morgan and TOP are determined to disrupt. The party’s entire political strategy hinges upon securing the balance of power in the House of Representatives and then leveraging TOP’s parliamentary indispensability into a raft of radical constitutional, economic and social “reforms”. Absent such leverage, none of TOP’s policies would be contemplated. If implemented, however, Neoliberalism in New Zealand would get its second wind.

Twenty-two years ago, the Australian essayist and social commentator, Rosie Scott, contributed an essay to a University of Queensland publication entitled Columbus’ Blindness (later republished as “The Dark Abyss Of Pish” in the February/March 1995 edition of The NZ Political Review.) Interestingly, Gareth Morgan featured prominently in the author’s unsparing critique of “economic rationalism”.

“Morgan’s language reflects the heartlessness at the centre of economic rational thought, the arid landscape of the cost accounting mentality, a world where ordinary people’s lives, national institutions, cultural treasures, rights that have been painfully gained over generations, compassion for the poor, the dispossessed and the sick are all squashed flat by the bulldozer of profit and loss.”

Though TOP has been at pains to cloak its policies in the rhetoric of equity and compassion, its manifesto strongly suggests that it intends to unleash the neoliberal bulldozer against the middle class – that sole remaining bastion of socio-economic privilege outside the invulnerable One Percent.

TOP’s tax policies would strip homeowners of their capital gains; his superannuation policies would lead to the steady impoverishment of retirees; his so-called “Universal Basic Income” would reduce 90 percent of the population to powerless “gig workers”; and his constitutional reforms would gut New Zealand’s parliamentary democracy of its power to implement the popular will.

“Good!”, some might say, “the middle class has had it coming for the best part of thirty years!” And if Morgan’s policies were aimed at re-empowering the working-class, I’d be tempted to join in the cheering. But they’re not. Re-energising the labour movement is the last thing TOP intends to do.

That’s because Morgan and his party subscribe to the myth of meritocracy. While TOP purports to be committed to bringing all of us up to the same starting line, once the starting gun is fired, we’re on our own.

The massive advantages conferred upon individuals by virtue of their location in the complex class hierarchies of late capitalism form no part of TOP’s policy equations. That a person well-endowed with cultural capital will always be significantly better placed to transform his $10,000 UBI into $100,000 than someone born into a culturally impoverished household, has been quietly and unobtrusively ushered out of the argument.

What finally prompted me to say “Fuck it – I’m outta here!”, however, was this little gem from the TOP website:

“We also need to remodel the way we engage citizens in democracies. Modern technology means people are more suited to continuous interaction, and less suited to queuing up at a polling booth once every 3 years. There is also (thankfully) a blurring of traditional, tribal approaches to party alignment. The old two-party left-right ways are obsolete. This is a challenge to the current model, but opens the way for more thoughtful and deliberative democracy, if it is well designed.”

Ah, yes, Gareth. And just who, do you think, should do the designing? The People? Through the political parties they elect to give practical expression to their socio-economic interests? Doesn’t sound like it. Which just leaves “the experts”, Gareth. Those “thoughtful and deliberative” types who will not be swayed by the “obsolete” and “blurring” considerations of Left and Right. People who know how the world works. People trained in economics. People like, well, not to put too fine a point upon it, Gareth – you.

* In Greek mythology, Procrustes was a robber who invited weary travellers to spend the night in his house by the roadside. As soon as they were inside, however, Procrustes tied them to an iron bed. If they were shorter than the bed, he would stretch them on a rack until they equalled its length. If his guests were taller than the bed, Procrustes would cut off chunks of their feet and legs until they fitted. Not surprisingly, none of the unfortunate occupiers of this “Procrustean bed” ever survived their host’s … restructuring.