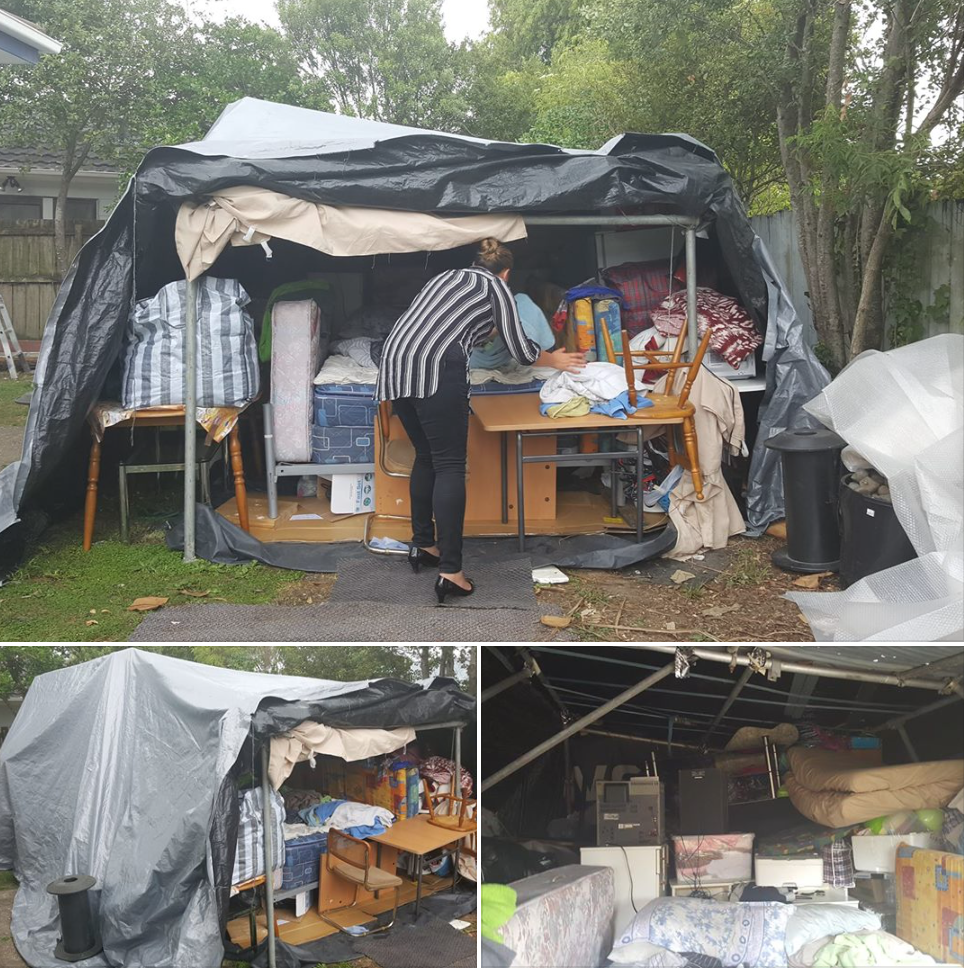 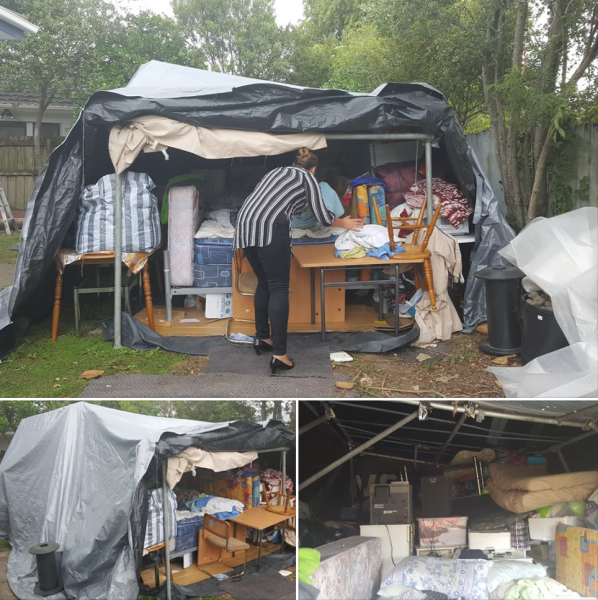 Another example of how desperate the housing crisis has become and how quickly situations can escalate to homelessness for families.

This is a makeshift tent where a couple and their 2 children are living in my electorate.

The father was working full time sand blasting but his safety gear was not adequate and he had to stop because he has major issues with his eyes.

He is on the waiting list for an operation to repair them.

On losing his job they went to WINZ for help – got on a benefit but being in overdraft their first payments were taken by the bank.

They were then evicted for not paying rent.

They are now living in this make shift tent at the back of someone’s house.

We are in contact with WINZ and HNZ and are now being told they will get them housed (we had contacted them urgently on the day they were going to be evicted but there were no motels available on the day so yhe family had to set this up – follwing that winz found a motel but the family were fearful of going in to debt with the motel emergency housing cost).

Again – how bad do things have to get?!