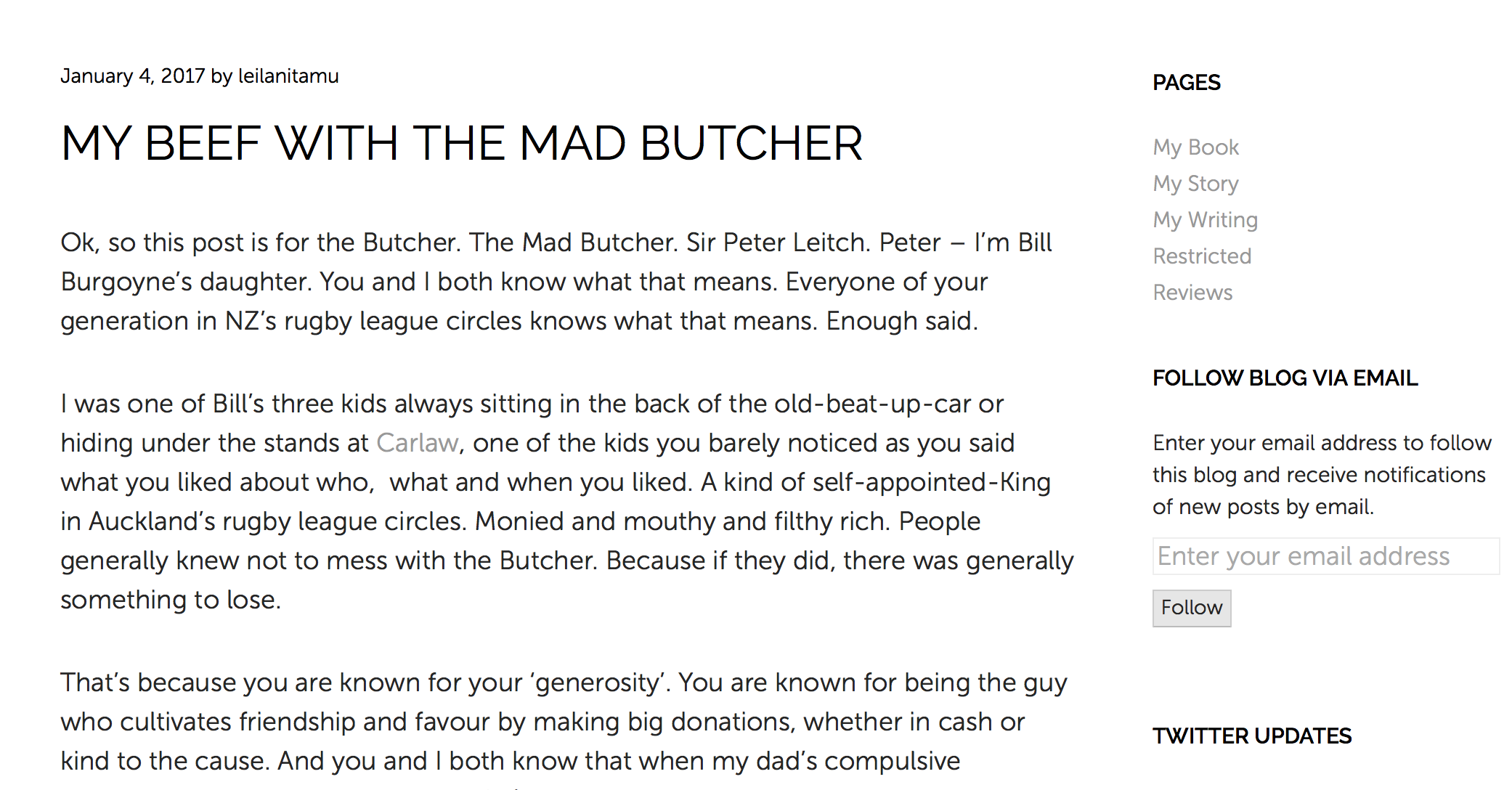 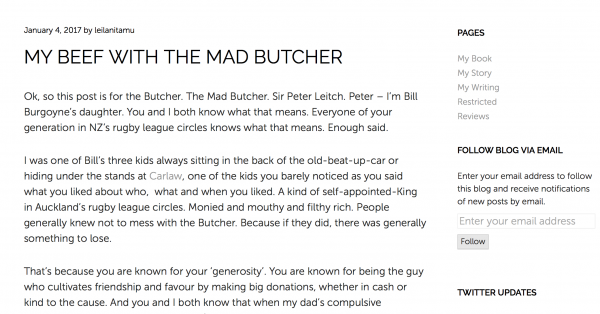 It’s all on folks, after suggesting that we could now hit 96 hours of ‘Sir-Peter-Leitch-is-a-racist- butcher-and-we-should-hunt-down-his-family-because-a-23-year-old-cried-on-social-media-gate’ – a Green Party candidate has come out with even more explosive claims that Peter was a nasty vicious racist who wouldn’t keep employing her Dad because of his  gambling habit…

That’s because you are known for your ‘generosity’. You are known for being the guy who cultivates friendship and favour by making big donations, whether in cash or kind to the cause. And you and I both know that when my dad’s compulsive gambling habit had taken over his life (to the point where when he had no job and his second “coconut” wife had left him – yes I remember you calling her that – and he was bankrupt, again), you were one of the few people that gave him a job. Selling meat out of the back of his car for you. I remember that. I remember traipsing around Auckland with dad in his bomb and him pulling over to sell frozen meat to people. Hoping they might buy some so he could pay you back. I don’t know if the arrangement was under the table, but I suspect it was.

…how this is now playing out to voters in an election year who identify with Leitch and being told he’s a racist and his generosity is actually self serving and vicious could start become as culturally alienating as Brexit or Trump.

I think identity politics and the power to exert that message via social media was always the real fuel to this all along and having candidates of political parties jumping in this 100 hours of ‘Sir-Peter-Leitch-is-a-racist- butcher-and-we-should-hunt-down-his-family-because-a-23-year-old-cried-on-social-media-gate’ could stretch mercilessly through to the bloody Mt Albert by-election.

Next stop is demanding positions from Jacinda and Julie Anne Genter on this.

Come on NZ – I’ve hideously underestimated the ability of social media to lead the lazy summer news rooms of the corporate mainstream media, this could roll on until February!