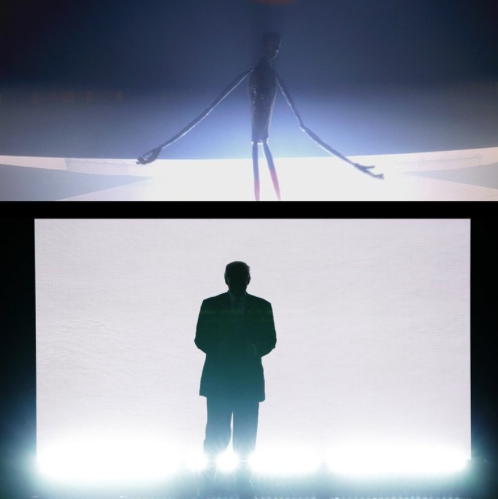 In a brilliant  essay, published on ‘Buzzfeed‘, McKay Coppins offers his insights into what motivates a man like Donald Trump to ascend the greasy pole of politics to take on the Republican candidacy in  the up-coming U.S. Presidential elections.

It is the sort of insightful analysis that allows one to have a glimmer of understanding what motivates a man to enter into what is most likely the most vicious politics on this planet. Also probably the most expensive.

But whilst Coppins paints a reasonable picture of Donald Trump the person, he glosses over what has made him so popular with up to 45% of American voters, according to a recent NBC poll.

Trump has stunned people by defying not just the odds, but the powerful, entrenched Republican establishment. He fought off sixteen other candidates – including seasoned politicians.

He has used the mainstream media and gained free publicity not accorded to any other candidate. According to either the New York Times or MarketWatch, that free publicity is valued at anywhere between US$2 billion to US$3 billion.

His most effective  strategy has been to make outrageous statements;

These vocalised opinions, and others fit perfectly with the typical American right-winger/conservative. They are views more often than not expressed by supporters of the US Republican Party.

Republican political figures – especially those on the far-right – have often endorsed right-wing sentiments that appeal to their right-wing/conservative constituents. Sentiments that are usually reactionary when it comes to misogyny; homophobia; hostility toward ethnic groups; xenophobia; religious bigotry; pro-gun; etc.

This is the very essence of the right-wing constituency of the Republican Party.

This is what Donald Trump has tapped into. It is red-neck territory that other Republican Presidential contenders have never dared venture into.

In September 2012,  Republican candidate Mitt Romney was caught off-guard with a secret video-tape of comments he made at a closed door fund-raising event;

“There are 47% of the people who will vote for the president no matter what.

These are people who pay no income tax.”

The comments were the sort of conservative bigotry parroted by the uninformed; the resentful; the judgemental – in short right-wingers who believe the nonsense that Romney was spouting.

But by October, Romney had apologised for those comments on the Fox Channel’s Hannity programme,

“Clearly in a campaign with hundreds, if not thousands of speeches and question and answer sessions, now and then you’re going to say something that doesn’t come out right. In this case I said something that was just completely wrong.”

Trump does not apologise. He ratchets up his outlandish invective because a sizeable chunk of the American public thinks and often expresses similar reactionary views.

After decades of right-wing, reactionary sentiments endorsed and exploited by the Republican Party, they now have a candidate who publicly expresses those views.

That is the “secret” of the rise and rise of Donald Trump. There was fertile ground, carefully prepared after decades of conservative, reactionary intolerance. Decade after decade of bigoted, moralistic views.

The real surprise is that the Republican hierarchy are themselves surprised. Did they never foresee that one day a shrewd, manipulative operator would make full use of the fertile soil of conservatism that had been so carefully laid over the years?

The Republican hierarchy are powerless to stop their own political scion –  a product of their own right-wing bigotry. He is their “Frankenstein’s monster”; a creature of their conservatism.

And the creature is loose.

Buzzfeed: How the Haters made Trump

New York Times: Who Is Running for President?

The Guardian: Mitt Romney under fire after comments caught on video

International Business Times: Romney Apologizes For ’47 Percent’ Comment – ‘I Care About The 100 Percent’