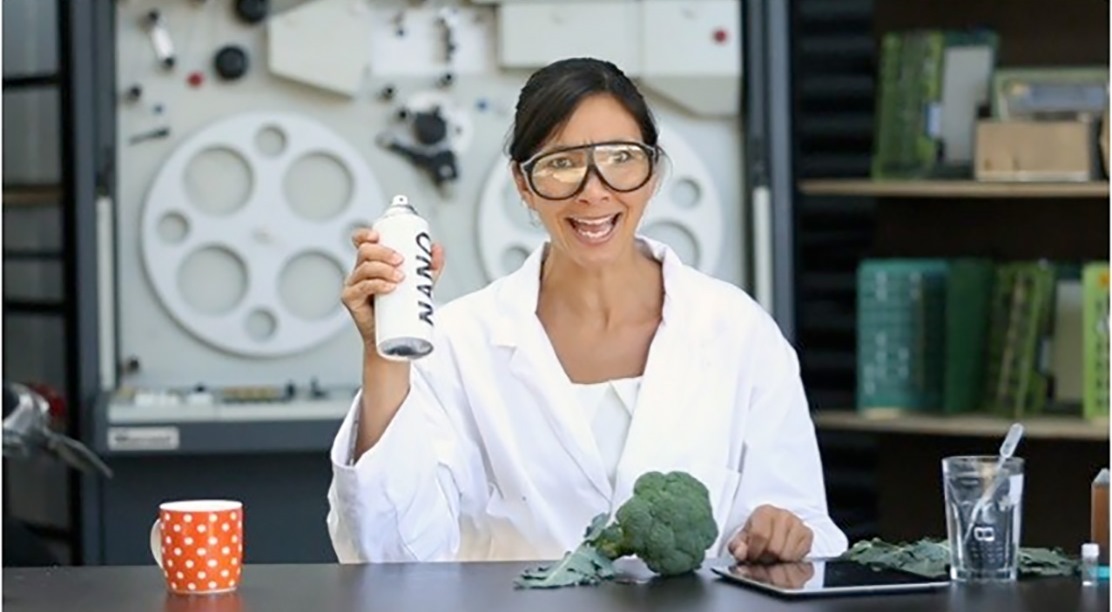 I respect ‘Nano Girl’ Michelle Dickinson, I believer her championing of women in science makes her one of the great leaders in NZ, but her despicable pandering to Israel on her Spark led whitewash tour is delusional, disrespectful and akin to playing Sun City in the old Apartheid South Africa.

How Michelle has managed to champion and cheer for a high tech industry that feeds Israel’s brutal and illegal occupation of Palestine is bewildering and lessons her as a person.

Here are the thoughts of other NZ women appalled by Michelle Dickinson’s sycophancy towards the militaristic, war crime drenched. racist state that is Israel…

Dear Madam/Sir,
Michelle Dickinson (Nano Girl) is not the first to suggest that New Zealand should learn from Israel’s success in high-tech and start-up enterprises. However, she overlooks Israel’s secret ingredient: the close links between Israel’s high tech industry and its booming trade in sophisticated armaments. That includes everything from drones to guns that can shoot around corners. Last year a divisional Director at the Israel Ministry of the Economy confirmed that technology from the defence sector is handed on to the civilian sector.

Israel’s arms industry accounts for a fifth of all its exports. It thrives not only because of high tech wizardry but also because of its experience with asymmetric warfare against the Palestinian people. The 2013 Israeli documentary “The Lab” spelt out how Israel ‘s arms sales surged after its offensives such as Operation Cast Lead conducted in Gaza in 2008-9. During that 22 day assault 1400 Palestinians were killed including over 300 children while others suffered horrific burn injuries reportedly from white phosphorous. But that does not deter the arms industry from promoting Israel’s experience. Israel ‘s success in a high-tech is no model for a peace-minded nation.

Oh Nano Girl! How could you?

Although an arts person who enjoys your science columns, this time you have definitely let down the New Zealand public you generally inform. Israel is an occupying, militarised state, whose young soldiers are regularly involved in the brutal oppression of the Palestinians, whose territories Israel illegally occupies. Check numerous UN resolutions. A country whose government has not ceased encroaching, via its ‘settlement’ program into Palestinian lands, often, and even now, demolishing homes and sometimes entire villages. A state that keeps the inhabitants of Gaza in virtual imprisonment. And ‘Equal opportunity’! You must be joking. Try being a fifth of the population of Israel, the Palestinian percentage. Please do your background as a University academic justice and embark on more research on the place you have, as part of a New Zealand business delegation, been recently visiting.

Michelle Dickinson, Nano girl, has done serious damage to her reputation as a scientist and academic in her column comparing Israel with New Zealand. Propaganda is presented as evidence without analysis. No mention made of the $3 billion per year (and growing) in aid provided by the USA over decades, the largest single recipient of US foreign assistance. No mention of nuclear industry and stockpile of 200 plus warheads Israel has developed and which we know about only because of the heroic whistle blowing of Mordechai Vanunu in 1986 just prior to New Zealand becoming nuclear free. No mention of the indigenous people Palestinians including those living and educated in Israel and the discrimination built into the Israeli education system or those living under occupation in West Bank or imprisoned Gaza. Please, compare us with Finland, Denmark Michelle and seek their technological solutions, not Israel which specialises in products for mass surveillance and military control of civilian populations.

Michelle Dickinson’s appalling lack of judgement in praising Israel would make Leni Riefenstahl blush. If this is the humanity of science at work, where praise for technology that creates war criminals trumps human rights, then science can fuck right off!