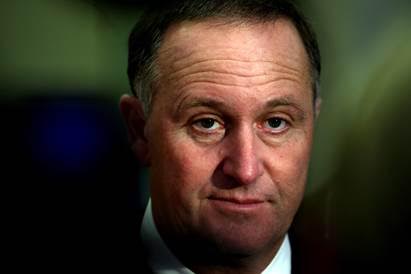 BRINGING DOWN JOHN KEY has become an abiding obsession of the New Zealand Left. As if all of New Zealand’s problems have their origins in the actions of a single individual. As if the Prime Minister hasn’t been shaped by the people he governs every bit as much as they have been shaped by him. As if Key’s uncanny ability to extricate himself from scandal after scandal hasn’t been made possible by the electorate’s willingness to look the other way while he does it.

All of which suggests that the Left’s obsession with bringing down Key isn’t about the National Party Leader at all, but about its own inability to attract and hold the same level of popular support that keeps him in power. All of which raises the possibility that the Left’s real problem isn’t with Key at all – but with the democratic process itself.

Over the past fortnight, for example, the Left has been outraged by revelations contained in the so-called “Panama Papers”. These have been seized upon as conclusive proof of John Key’s determination to transform New Zealand into a tax haven.

That the New Zealand-related documents contained in the Panama Papers might be interpreted as the legal firm at the centre of the controversy, Mossack Fonseca’s, back-handed tribute to this country’s reputation for honesty and fair-dealing does not appear to have occurred to the implacable prosecutors of the Left.

Similarly failing to register with them is the indisputable fact that the formation of trusts (both foreign and domestic) is a perfectly legal activity engaged in not only by dubious South American businessmen, but also by thousands of ordinary New Zealand families. The purposes of these legal instruments is much the same in both instances: to shield the assets of their beneficiaries from the fiscal and/or administrative exactions of the state.

That is why John Key is not about to get on his high moral horse about trusts. Not when to do so would put him offside with tens-of-thousands of his most loyal supporters!

The Left constantly fails to register the brute realities of living in a society driven by the neoliberal imperatives of twenty-first century capitalism. In a world where the interests of the successful individual trump everybody else’s, avoiding and/or evading tax has become an industry in its own right.

Whether these sovereign individuals are the heirs to old family fortunes, or the lumpenproletarian leaders of methamphetamine-distributing street gangs, makes little difference. Large piles of cash must first be sanitised, and then they must be protected. If the Panama Papers prove nothing else, it’s that law firms dedicated to providing such services are not confined to the pages of John Grisham novels!

It takes a touching degree of innocence, not to say naiveté, to assume that the whole nation will rise up as one against the spectacle of extremely wealthy individuals and families setting up trusts in foreign lands to avoid paying tax at home. The Left clearly does not grasp the huge number of people who, aspiring to become extremely wealthy individuals themselves, observe the depredations of the One Percent with feelings more akin to admiration than disgust.

The New Zealand Left’s animosity towards John Key is, thus, curiously reminiscent of the early Christian Church’s animosity towards the Roman Emperor, Nero. In both cases we are presented with a minority utterly convinced of its moral righteousness, and absolutely unwilling to compromise its principles. Unsurprisingly, such stiff-necked insistence on their own rectitude, asserted aggressively in the midst of an avaricious and morally undemanding society, not only got these groups offside with their neighbours, but also with the authorities. Finding themselves under political pressure, it is hard to blame either Nero, or John Key, for making scapegoats of their unpopular critics.

Not that John Key has gone so far as to transform his left-wing opponents into human torches! Like Nero, however, he has boosted his own popularity at their expense – and they hate him for it.

The Early Christians worked Nero’s name into their identification of the Beast of the Book of Revelation: “Here is wisdom. Let him that hath understanding count the number of the beast: for it is the number of a man; and his number is Six hundred threescore and six.”

The New Zealand Left is equally obsessed with numbers – even if, in the case of John Key, they are the numbers hidden in the spreadsheets of the Panama Papers.