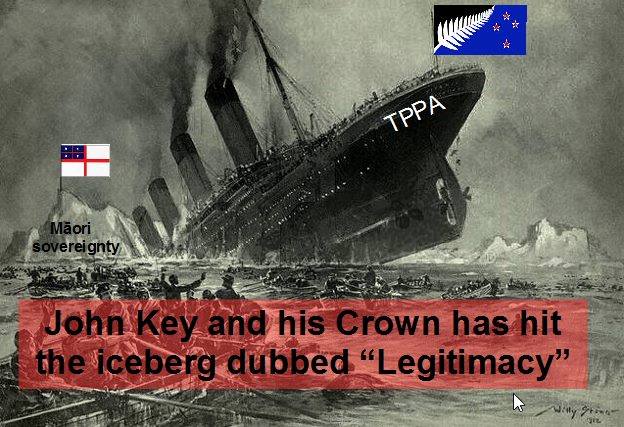 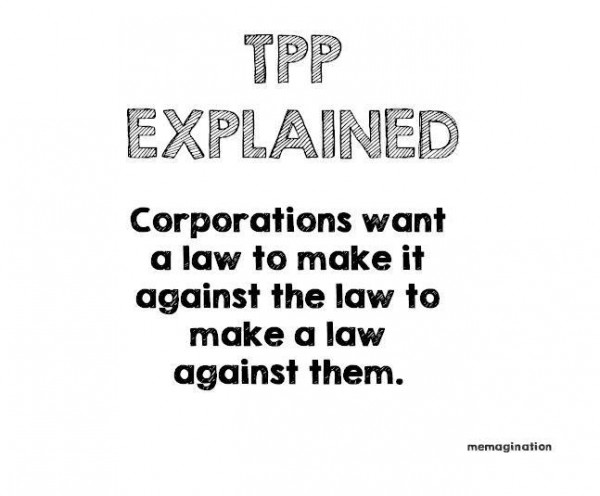 Talk about dirty politics and desperation! Last week National announced it was fast tracking the report from the Foreign Affairs Trade and Defence Committee on the Trans-Pacific Partnership Agreement (TPPA) from the end of May to 4 May. While the select committee process itself is a farce as it can’t change the deal, there are more sinister motivations behind the new deadline.

Why the rush? There is zero chance of any vote in the US before the presidential election in November and only a marginal chance it might happen in the lame duck period between administrations.  Then who knows what might happen under a new president and Congress. Why would any sane government go changing its laws and processes before it knows what will happen at the US end?

There are two possible motivations for National’s haste. The first is to show the US Congress that New Zealand is deeply committed to the deal as part of a momentum building exercise across the TPPA countries. If so, they under-estimate the essential parochialism of US politics and the resistance to the TPPA within the existing Congress (a separate question from who wins the presidential race). The crucial gatekeepers who decide whether the implementing legislation gets to the floor of Congress want the deal changed before they open the door.

The most pressing and controversial demand is to guarantee the monopoly for the new generation biologics medicines (like Keytruda) will be 8 years, beyond the 5-plus an uncertain period that Australia and NZ say was agreed. The other main targets are the right of countries to block investor disputes over tobacco measures, the right of Wall St to hold financial data offshore, and some issues around autos and dairy.

It is the promise to tie down the biologics monopoly that holds the key. That would require NZ to do more than we do now, and mean even more expensive new generation medicines that would blow out Pharmac’s budget and bust the Pharmac model (again, Keytruda is the exemplar).

The solution won’t involve amending the TPPA text itself, as that would open a Pandora’s box. Instead, individual countries are being pressured to sign side letters or reach similar arrangements that align the interpretation of the text to the US position. The US is already playing divide and rule, with Mexico suggesting it will play ball. When the TPPA Ministers meet on the margins of the APEC trade ministers’ meeting in Peru in mid-May we can expect Obama to marginalise the hold-outs, including NZ, as jeopardising the prospect of getting the deal through Congress under his watch.

Of course Key has assured us his government will not bend to pressure. But unless something is done to stop that happening – and this can only be through urgent political and public pressure – we won’t know until after the fact. These changes would not only be agreed in secret; they would be done by administrative action, not by legislation, but. Add another dead rat for the putrid pile.

So what is really behind the decision to fast track the select committee’s report? For those of us involved in the Waitangi Tribunal claim on the TPPA lodged last July, the answer is very simple. The urgent Tribunal process concluded with the final submissions on Wednesday. The Tribunal then thought it had six weeks to write a report – already a daunting task given the thousands of pages of documents and the complexity of the issues.

Now they have fewer than three weeks. The Crown is arguing ‘comity’ – that the Waitangi Tribunal must respect the jurisdiction of the Parliament as law maker. In lay terms, the Tribunal can’t engage with claims that the government’s processes and the content of the TPPA have breached its Treaty of Waitangi obligations once legislation has been introduced to the House. To borrow a term commonly used to describe the effect of the TPPA on government decisions, National intends to ‘chill’ the Tribunal process: in the truncated time available the Tribunal will be unable or unwilling to write a detailed report that is critical of the government that may not stand up to scrutiny. The threat of judicial review is already hovering in the background of the proceedings.

There is one positive in all this – the government’s desperate act shows it really is concerned about the backlash from Maori, including the iwi chairs who were left outside the tent on the TPPA as well. But it also manifests an escalating contempt for both the Waitangi Tribunal and the democratic process, which had already been reduced to a sham with the TPPA.
Political and public pressure can push the deadline back again. In particular, this is the time for the hitherto silent Maori MPs across Parliament, especially the Maori Party, to finally take a collective stand on the TPPA. If they don’t do it now, they will have abdicated their responsibilities to the Treaty and to democracy. 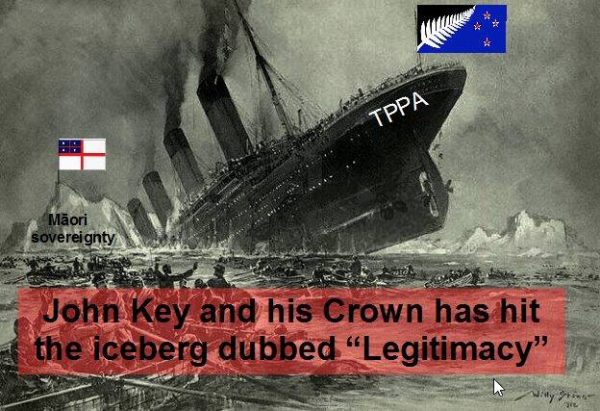