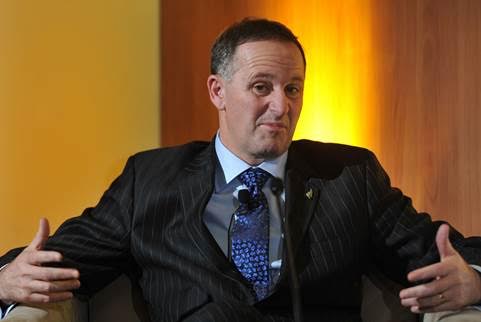 A common justification for flogging off NZ, particularly its publicly-owned assets, to foreign owners, is that it is necessary to reduce the county’s debt.

In a word: nonsense.

But don’t take our word for it. Here what the Old Master of privatisation, Sir Roger Douglas himself, had to say (in a book praising him and his mates for privatising State forests):

“I am not sure we were right to use the argument that we should privatise to quit debt. We knew it was a poor argument but we probably felt it was the easiest to use politically” (“Out Of The Woods”, Reg Birchfield and Ian Grant, 1993).

He was right that it was, and is, a poor argument

http://canterbury.cyberplace.org.nz/community/CAFCA/blueball.gifForeign ownership does nothing to improve New Zealand’s foreign debt problem. In 1989, total private and public foreign debt stood at $47.5 billion, equivalent to about two-thirds of New Zealand’s Gross Domestic Product, and worth $86.4 billion in March 2015 dollars. As of March 2015, it was $246.2 billion (or $270.9 billion including derivatives), equivalent to 102% of New Zealand’s Gross Domestic Product despite being helped out temporarily by $20.2 billion of insurance claims for the Canterbury earthquakes and all of the asset sales and takeovers.

The full Key Facts complete with sources (meticulously researched and compiled by CAFCA’s Bill Rosenberg), can be read here.