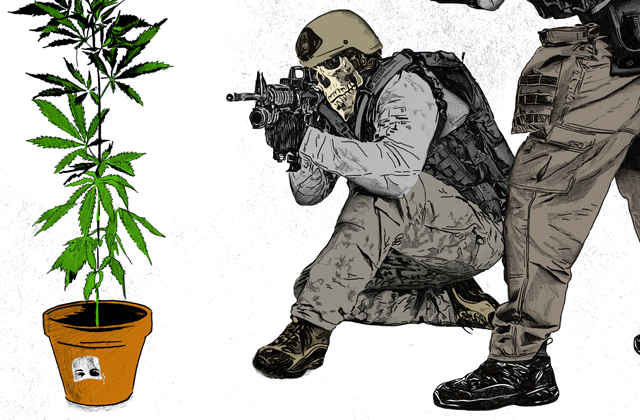 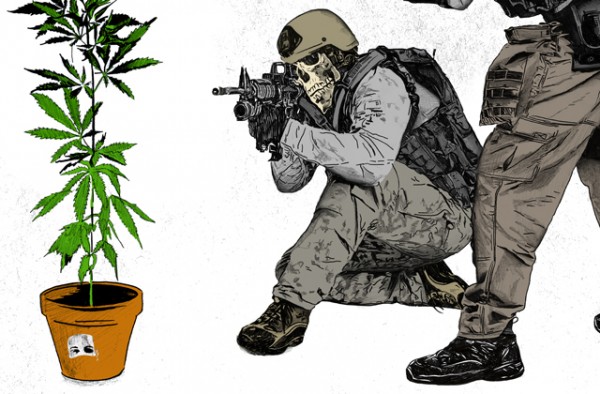 There has been some media recently on the cannabis shortage in NZ, but not much understanding of why it is happening. No one seems to be putting the pieces together to help explain the market dynamics at play.

There are two main forces that are seeing cannabis shortages around the country. The first is the change of law that lowered the evidential threshold for Police to claim people are profiting from illegal activities and the other is the quiet tsunami of meth being imported that is now changing the economic model for drugs.

When the Police changed laws to lower the evidential threshold from beyond reasonable doubt to balance of probabilities when pursuing assets from the proceeds of crime, they inadvertently  changed the odds for criminals.

If you could have your house seized and property taken for making money from cultivating drugs, you may as well make as much as you can and rather than spend it on assets, live on cash. Cannabis cultivation – while extremely profitable – takes at least 3 months to get a payout on.

Meth is a far more lucrative product for cash payouts. Instead of waiting 3 months to make a profit from a  cannabis crop, gangs can make the same amount from a cook up of meth in a weekend.

The Headhunters, whose ties with Triads give them access to huge amounts of pseudoephedrine -(the base ingredient for meth),  has given them an expansion throughout the regions that is fuelling a meth binge that is devastating the regions and the South Island.

This expansion is creating huge tensions with other gangs who have previously used cannabis as their main source of income. These gangs are now needing to turn to manufacturing their own meth to compete with the Headhunters market dominance and cashed up influence….

Gang warfare coming soon to a town near you

It has to do with one gang’s nationwide expansion into the methamphetamine market. And multiple busts and millions of dollars’ worth of property and meth seized have not halted the gang’s trade.

The Head Hunters, the gang the public associate with Sir Paul Holmes’s step-daughter, Millie Elder-Holmes, and her slain boyfriend Connor Morris, are one of the top distributors of methamphetamine in New Zealand.

And it’s not just the police who’ve noticed. Other gangs have, too. And it’s going to come to a head.

“All I’m gonna say,” a Mongrel Mob source said, “is that everyone has their eye on what they’re gonna do now. We see them setting up in the hood – we just gonna let it lie for now. But they gonna push it soon and something will go down and it ain’t gonna be pretty,” he said.

Organised Crime Detective Superintendent Virginia Le Bas said the Head Hunters’ success so far is that unlike other gangs, members operate on a business model.

“Mongrel Mob and Black Power are individual groups,” Le Bas said. “They don’t have an allegiance to a national group, they work individually in their own centres.

“The Head Hunters have one strategy: They all report back to Auckland. They are organised.

“They could have expanded years ago, but they didn’t,” said a Black Power source who preferred to remain anonymous.

“Now they are and they’re going all out. I know they are setting up HQs in towns, heading south [from their Auckland base]. They are going to have a presence across the country soon. They are moving fast.”

The Head Hunters have been known to “patch over” small operators, bringing them into the business model. In November 2015, the Head Hunters patched over the Epitaph Riders in Christchurch. The headquarters there now flies a Head Hunters flag.

“It is obvious that the Head Hunters have connections with Asians involved in organised crime,” Le Bas said. “We believe this is how the gang is getting the precursors to methamphetamine from Asia.”

The Head Hunters are running a disciplined operation, says the Black Power source, which is backed up by a Head Hunter who wished not to be named.

“Yeah, we have heaps of whanau all over the country now, because the people want us there.”

The Black Power member said the Head Hunters are not allowed to smoke meth and are encouraged to do physical activity.

“They are not allowed to smoke the stuff. Bad for bizzo if you have crackheads selling crack. I know a few snort it to get around the rule.”

Le Bas said police know about the gang’s methamphetamine plans, which is the reason for the expansion.

“They are disproportionately represented in the manufacturing and distribution of methamphetamine around New Zealand.

“The Head Hunters come up regularly in many of our operations where we are investigating methamphetamine distribution throughout New Zealand.”

On January 12, Suman Eve Kumar was sentenced to three years’ jail in the Nelson District Court on seven drugs charges.

The court heard how she turned to P after the sudden death of a child.

Later, she fell in with the Head Hunters gang, fronting a lucrative commercial drug dealing operation with at least four employees, supplying methamphetamine and LSD in Nelson Bays.

Also seized were a stolen motorcycle and 1kg of ephedrine, enough to make 68 grams of methamphetamine.

Police seized the items after searching five properties in Whangarei with 11 people connected to the gang arrested and charged with a range of meth charges.

“We know, and most people around the communities [where the gang has recently expanded] will know, the Head Hunters have got properties and their fight clubs. They don’t make any secret of what they’ve got,” Le Bas said.

“That’s something we’re interested in – how they’ve established the funds to purchase the properties. And if it’s related to crime, then there’s work that we can do in recovering those assets,” she said, through the Criminal Proceeds (Recovery) Act (2009).

Many of the crack-contaminated houses people read about are Head Hunter properties, she said.

A Mongrel Mob source said the expansion across the country is because the P trade has become a big money-spinner in rural centres.

And that explains why the Head Hunters are flouting the unwritten rules that New Zealand gangs operated on for so many years – everyone knew whose turf was which and all kept, generally, to their own.

“The Head Hunters have now said, screw the rules. We want it all,” the Mongrel Mob source said.

“It’s pretty massive how fast they are rolling out across the country, but you know something’s gonna give soon. When you start trying to dictate how things should roll in towns you’ve just moved into, the people and gangs can only stand so much, eh?”

But all three gang members agree that when the shooting starts, those not in a gang have nothing to fear.

Indeed, in a minor incident in a Waikato town recently, some Head Hunters new to the town were shot at. Police have refused to comment over the incident.

“If you’re not in it, then you’re all good,” the Mob source said.

“There’s a lot more maturity around gangs and what their retaliation looks like.”

…we are seeing the unintended blowback of prohibition laws and it’s going to spark a massive amount of violence as provincial gangs fight for power.

There is no surprise that so many houses are now being tested for meth.

One way of taking the pressure out of this would be the decriminalisation and legalisation of cannabis. That would give those gangs being pushed around by the meth dominated gangs a legitimate means of business with all the regulation that would bring while keeping the tough proceeds of crimes act laws to tackle those meth dominated gangs.

Unfortunately, the Government and Police seem incapable of understanding the market dynamics at play here and are pursuing policy that will now end with an eruption of violence.