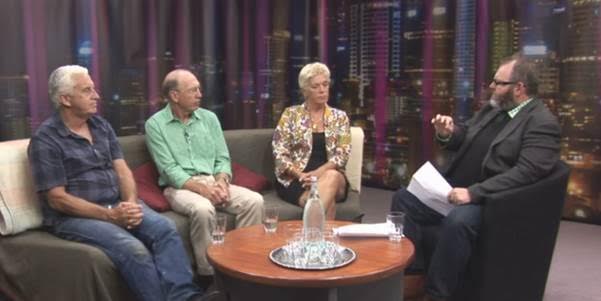 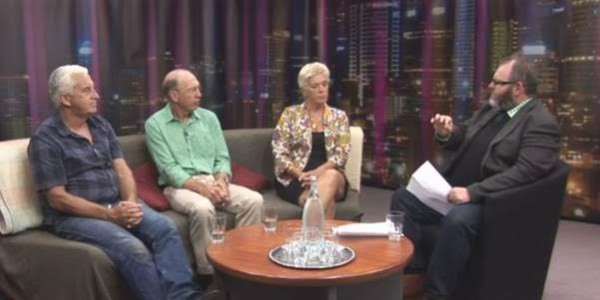 NO, NO, NO, BOMBER! This ageism has got to stop – now. You wouldn’t permit anyone writing for The Daily Blog to discriminate against people on the grounds of race, gender or sexuality. So what, in the name of Progressive Politics, are you hoping to achieve by blaming everyone born between 1946 and 1965 for Auckland’s housing crisis?

The Baby Boom generation didn’t choose their parents, Comrade! Any more than a black man chooses his ethnicity, or a woman chooses to be born female. Scapegoating people on the basis of their date-of-birth makes no more sense than scapegoating them because of their genetic make-up, or because their sex chromosomes are XX and not XY.

I’m genuinely affronted by all this Baby-Boomer-bashing, old friend. And if you want to know why, then I’d invite you to sit down and watch Episode 2 of Waatea Fifth Estate, and every time the word “Baby-Boomer” or “Boomer” is used, to mentally over-dub the word “Jew”.

Any broadcaster disseminating such ideas would immediately fall foul of both the Race Relations Act and the Human Rights Act. Because it is a criminal offence to incite racial hatred, and/or, to discriminate against one’s fellow citizens on the basis of their ethnicity or religious belief.

And while we’re on the subject of the Human Rights Act (1993) perhaps it would be helpful to point out that Section 21 of the legislation includes, among a long list of “prohibited grounds of discrimination”, the ground of “age”.

Also worth considering is the prohibition contained in the Fourth Geneva Convention against the imposition of collective punishment. Article 33 clearly states that: “No persons may be punished for an offense he or she has not personally committed. Collective penalties and likewise all measures of intimidation or of terrorism are prohibited.”

Progressive people are rightly outraged when the Israeli authorities inflict massive material and human damage on Palestinian communities in retaliation for the hostile actions of a few Hamas fighters. I would, therefore, like to hear the explanation for why we shouldn’t be just a teeny-wee bit upset when an entire generation of human-beings is blamed for societal ills they did not create and which a great many of them – myself included – wholeheartedly deplore.

Because, to be honest, Bomber, your eagerness, in Episode 2 of W5E, to see the planting of Generation X and Y settlements in the Baby Boomer occupied territories of Auckland’s leafy suburbs would have done the average West Bank Israeli settler-developer, and his IDF-protected construction teams, proud.

Forgive me, Comrade, but fomenting inter-generational warfare (which, ultimately, entails turning children against their parents or grandparents) is not, and can never be, a progressive cause. Indeed, it strikes at the most primal forms of human solidarity, and at the most essential drivers of human co-operation. Worst of all, Bomber, it misdirects the legitimate rage of those denied the social goods their parents were able to enjoy away from the social class which bears the actual responsibility for their destruction.

Just ask yourself, Bomber: Was it the Maori New Zealanders born between 1946 and 1965 who deliberately destroyed their own employment opportunities? Are they the ones responsible for gutting their rural communities? Did they set out to create urban breeding grounds for crime, domestic violence and drug abuse? And was it the Pasifika Baby Boomers who deliberately ran down their local schools and health services? Are they the ones responsible for the decay of social housing in New Zealand? Did Pakeha Boomers demand the destruction of their own unions? Must they be held responsible for the political marginalisation of the entire working class? And did all of these groups really conspire to thwart the aspirations of their own children and grandchildren?

Those responsible for the hollowed-out shell that is 21st Century New Zealand society are Baby Boomers only in the sense that they are also human-beings. They changed this country for the worse, not out of some mysterious generational impulse precipitated by listening to the Beatles or eating Eskimo Pies, but because it was in their interests to destroy the social-democratic beliefs and institutions that had so successfully limited their ability to enrich themselves, and which, if left in place, would have further undermined their political and cultural power.

The truly outrageous aspect of Auckland’s housing crisis is how effectively Auckland’s citizens have been excluded from playing any role in fixing it. The Auckland Super City is democratic in name only. It’s true purpose is to create opportunities for property developers (and all of the other businesses their activities sustain) to go on making profits. The power of Auckland’s ruling class will not be broken by setting one short-changed generation against another, but by creating a movement in which old and young join forces to determine what needs to be done, and out of whose pockets the money to pay for it should be taken.