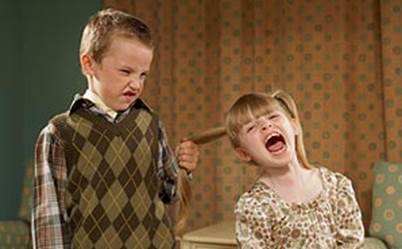 After The Daily Blog published the story of the [then un-named] cafe waitress who has been harassed by our esteemed Prime Minister for seven months, it now becomes apparent why he was so reluctant in this case;

Key’s reluctance to apologise to Ms Billingsley over the atrocious way in which MFAT mishandled the Malaysian Diplomat, at the center of attempted rape and burglary allegations, appears to be a pattern of misogynistic behaviour from the man.

Note Key’s statement why he would not apologise;

“I don’t make apologies unless there’s a serious reason to.”

Many New Zealanders now have a greater insight into Key’s psyche; he did not believe there was a “serious” reason to apologise to Ms Billingsley.

Just as  Key dismissed his behaviour with the waitress by minimising it as some sort of harmless play;

“There’s always lots of horsing around and sort of practical jokes and that’s all there really was to it.”

The problem for Key is that his (not hers) “lots of horsing” was non-consensual (as well as utterly inappropriate on many other levels). Very rarely is it acceptable in New Zealand – or wider Western Society – to touch complete strangers, unless invited; eg; a handshake.

The waitress made it clear that Key’s attention and touching were unwelcome;

On Saturday, 28th February (which I specifically recall as there was to be a protest outside his home the following day) he approached me from behind, security personnel by his side, as I stood with my back to him filling water glasses, and he pulled my hair before once again pointing the blame at Bronagh. I couldn’t believe it, he was still persisting and by now he had definitely got the message that I was not enjoying it – that seemed to be why he was enjoying it so damn much. It had really crossed the line by this point and I didn’t need to tell him to stop because now Bronagh herself was already telling him to stop what he was doing, and not for the first time I might add. I exclaimed “Really?!!”, to my manager beside me, and shot him a look of utter disbelief and frustration.

The waitress has nailed it;

I couldn’t believe it, he was still persisting and by now he had definitely got the message that I was not enjoying it – that seemed to be why he was enjoying it so damn much.

Let me explain why her observation that Key “ was enjoying it so damn much” is so apt.

My first job out of High School was at the age of 16, around 1974/75. I was employed in the mail room, sorting mail – this was waaaay before email. Or faxes. Everything was done by post, and the company – Blue Star Port Lines, situated at the time in the IBM House on The Terrace – received and sent hundreds of letters and shipping notifications every day.

A few months later, I was promoted to the role of a junior shipping clerk. I had my own desk, surrounded by (mainly) men doing similar work to me. Women were primarily in secretarial roles.

I was excited – my own desk! That excitement did not last long and after few weeks had passed, I began to receive unwanted attention from one of the male staff, who would lean close into me when talking; hold my shoulder as he looked over it at whatever work I was doing; and talking to me suggestively.

I’ve no idea if he was gay, hitting on me as a young man, or straight and just teasing the hell out of me.

It was a situation I had never faced before. High School had prepared me  for muddy games of rugby and the odd scrap with whichever bully was rostered on that day to give us smaller kids a hiding. (Stupidly, I almost always stood my ground and never ran. Subsequently received more than my fair share of bruises. I should have watched more “Dr Who” and realised there is nothing ignoble about running from a bigger foe…)

But sexual harassment? The term barely existed in the mid-1970s. It was simply an unknown concept. You might as well have come from the 21st Century and asked me where the nearest wi-fi hot-spot was…

It got worse. The touching. His face close to mine. Then, one day, he pressed his body close to mine in an otherwise empty elevator. I was terrified. I  felt repulsed. I felt totally powerless.

The next day, I called in sick. The following day, I went to work, hoping like hell he wasn’t there.

He was. It continued.

After a while, I simply quit. I couldn’t cope. I had no idea what to do; who to go to. I just felt totally powerless. To someone who has not experienced anything remotely like harassment, when you are utterly powerless and the abuser plays on that power-imbalance, then it is hard to comprehend. You cannot hope to feel what a victim has felt, unless it is in your head as well.

Luckily, it was the mid-1970s, and you could walk out of one job and straight into another. I collected my final pay; an additional reimbursement from Labour’s superannuation fund (about $25, if I recall), after Muldoon scrapped it; and never went back.

Everyone else in that office had seen what was happening (it was open-plan for ordinary workers – only managers got enclosed offices).

Not one person said or did anything. Not one.

And all the while – and this is a memory I retain decades later – I can remember the smiling and grinning on his face. He was enjoying my discomfort. That’s how he was getting his ‘jollies’.

People like that; they get pleasure from the discomfort of others. For them, it’s “horse play”.

It was my entrance into the world of being an adult.

So,  to hell with those who try to excuse Key’s behaviour. They are the enablers who allow bullies – whether it be a senior shipping clerk, or a Prime Minister – to keep raping a person’s mind.

The Daily Blog: EXCLUSIVE – The Prime Minister and the Waitress