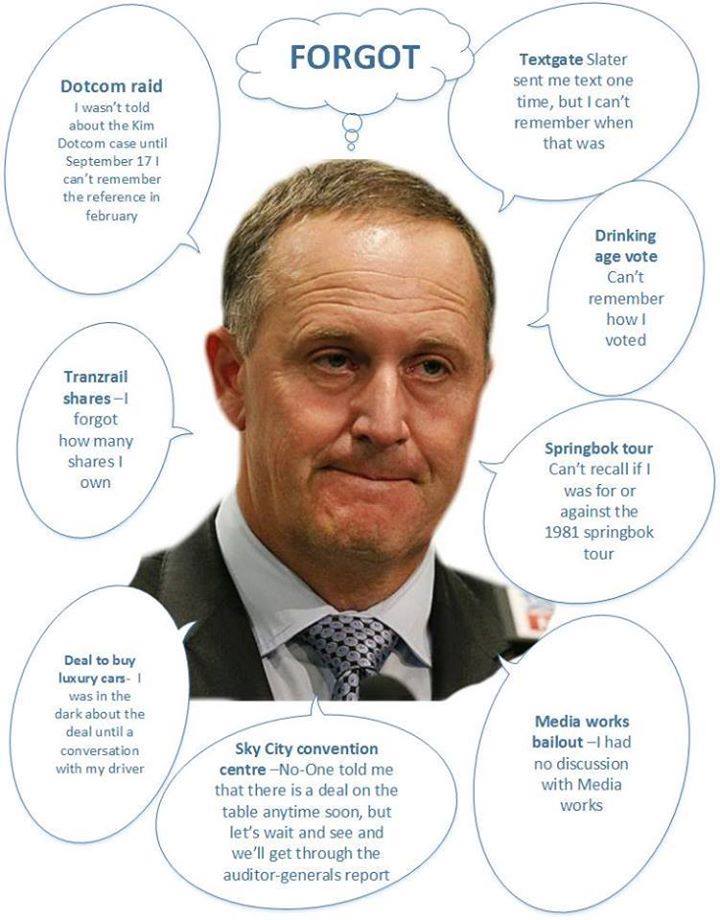 How forgetful is our poor Prim Minister? He has changed his story 3 times over when he was told about Mike Sabin’s ‘personal issues’, and it’s not the first time that he has been so forgetful is it? 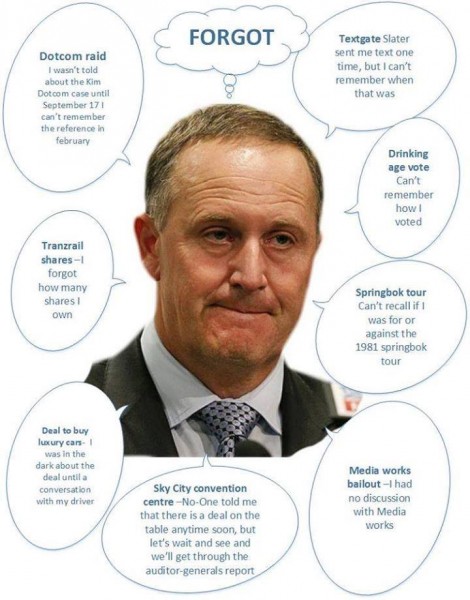 The double standards of NZ politics are extraordinary aren’t they? Helen Clark was crucified for a speeding ticket, water saving shower heads, power saving lightbulbs, signing a painting she didn’t paint and repealing a legal loophole that parents charged with assaulting their children were using to escape child abuse charges. Key on the other hand has had his office create falsified SIS information to smear the Leader of the Opposition months before the 2011 election on a far right hate speech blog. On top of that we have all the dirty politics tactics used via Jason Ede and Key’s incredible memory blanks when he is cornered in a lie.

Only the Right can get away with unethical behaviour while still denouncing the ethics of others and get politically awarded.

In John We Trust.