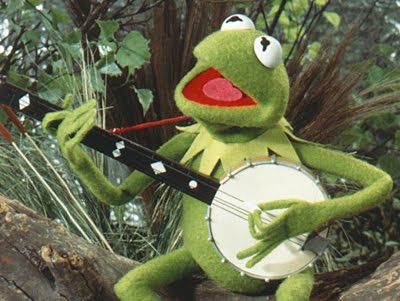 It’s barely been a week since Russel Norman announced his intention not to stand for re-election as co-leader of the Greens, but so far among the left-wing circles I inhabit I’ve witnessed a battle of two choices emerge: Idealism and Compromise.

Idealism is the choice of electing a hard-left candidate with the ability to appeal to purely left-wing voters, competing with Labour and various other micro-parties for the already stretched votes of the left, with the dream of one day overtaking Labour as the major left party by stealing its votes.

The upside of Idealism? The belief that one day we can have a society free of the neo-liberal, neo-conservative politicians and leaders who seek to cut, cut, cut. Cut taxes for the wealthy, cut government spending, and cut the welfare state, all in the name of growth. The problem with this? Read on to the next paragraph.

The downside of this Idealism is that the left vote is already, well, stretched. If Labour and the Greens are competing for votes, they’ll end up attacking each other in public. If the fight gets too much of a bore for Labour, they’ll cut the Greens loose and forge a 2005-esque deal with New Zealand First, keeping the Greens hostage on confidence-and-supply with no major policy concessions or Ministers, confident in the fact that they can kick the Greens however much they like, as they have nowhere else to go, no-one else to do deals with. This will neutralise the Greens’ ability, however big they might be, to push for real progressive change. Unless some political earthquake occurs, the chances of the Utopian vision of our future coming to pass using this technique are very, very low.

So what of the other choice, Compromise? Well, as the name suggests, it means compromising some of our techniques (though not our values), to achieve results within the framework we must work in.

The downside of Compromise is that anyone who compromises their left-wing policies in any way inevitably have to endure mass hostility from the far-left, purists, and idealists. If the Greens change their image, even if it’s just to promote some of their other policies above others, (e.g., business-friendly policies over the social justice policies), they draw attacks from those who are unable to see the logic of a marketing change. The other policies are still there, just not in great prominence. This doesn’t mean they won’t be enacted whenever possible. To those people who can’t think strategically and are terrified of anyone wearing a suit or having a slick advertising machine, I have one thing to say: Do your research. Don’t mount attacks before finding evidence. And I don’t just mean that for people attacking the Greens. I repeat that sentence to all who love to spread paranoia and rumours. The anti-vaccination movement, the New World Order people, the 9/11 “Truthers”. Before saying anything, get some goddamn evidence to back up your points. Otherwise you just look plain nutty. Sorry not sorry.

Anyway, what are the upsides of Compromise? For one thing, if the Party has a leader who understands markets, can promote the environment without drawing accusations of being an “economically illiterate greenie”, that appeals to the middle voters, the ones who love confidence, charisma, and a clear, simple plan. If anyone is worried about the image problem with the left, don’t forget there’s still the amazing Metiria Turei as co-leader, a crusader for social justice. The great thing about having co-leaders is that this can allow the party to deliver two messages at once. One can promote economic sensibility, the other social justice, and both the environment. This is what we experienced with the leadership team of Russel Norman and Metiria Turei, who led the party to their two highest election results. If the party again picks someone who is economically and financially experienced to lead the party alongside Metiria, the growth of the party can continue. We will strengthen our growing reputation as the pioneers of sensible Green Economics worldwide.

And even with the Compromise, we will still be able to reach that Utopian vision of a sustainable, caring future. Sure, it may feature business as a part of our Utopian economy, but most small businesses want the same thing as us all: an income, stability, and a good future for all. What’s so bad about giving money to other people in an exchange for something they do for us? Nothing. They’re not massive multi-nationals in this Utopia, they’re people. With faces, families, and tastes in music. They might like Jason Mraz, you might prefer the Who. So what? It’s all a Utopia here.

My name is Finn Jackson. I turned sixteen last year. I was born into a family of journalists who were very involved in politics. Since birth I have been surrounded by talk of Mayoralty Campaigns and election stratergies. This has influenced my entire life, and has prompted me recently to join the movement for change.