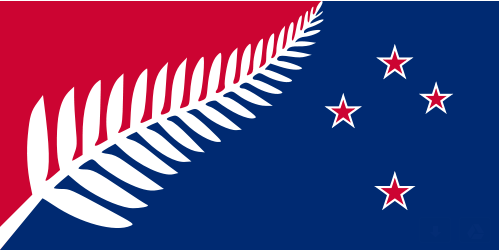 In 2017, we will get a chance to have our chance to choose what is arguably the most important symbol for our country; our national flag.

I remember asking Jack Marshall in 1972, at a political meeting in Palmerston North’s State Theatre; when would we finally get a flag that looks like our own, and not like that of Australia? I forget what he said. But we might note that 1972 was a proud year for New Zealand. And one reason for that pride is that we heard for the first time God Defend New Zealand in place of God Save the Queen at the Olympic Games. The world did not fall apart.

Some say New Zealand became a nation in 1840, others in 1907, still others in 1947 with the signing of the Statute of Westminster. 1972 might be a more accurate year; we actually started to accept that we were not parked off the coast of Essex. (Living in the UK in 1975, I voted in the EEC referendum in favour of the UK staying in the European Economic Community – the EEC, now EU – that it had joined in 1972.)

But we have one final step to take. We must choose a flag that symbolises Aotearoa New Zealand; not Australia, not the United Kingdom. We know that we are not ‘on the other side of the Sydney Harbour Bridge’. It’s now time to let the rest of the world know that.

The only possible reason for delay in getting a flag that identifies us would be the lack of a flag that we can all feel good about. Now we have the stunningly beautiful Kyle Lockwood designed flag (below). Let’s get behind this design, just as we got behind MMP in the 2002 referendum. In 2024, with our new flag, we will look back to 2014 and wonder what on earth we were so cheery about.

I worry about the negativity of the political left in New Zealand. On Q+A (7 December) a number of new MPs were asked about the flag issue. National’s Chris Bishop and Maori’s Marama Fox embraced the idea of a new flag. The Green’s James Shaw supported the idea half-heartedly; he couldn’t resist saying that it was “a distraction”.

I was deeply disappointed with Stuart Nash’s (Labour) very negative response. Nash contrived to juxtapose the flag issue with that of homelessness. (Ironically Labour’s housing policy is focussed on enabling people to buy homes; to address the issue of homelessness you must focus on the rental market. The home ownership debate is indeed a distraction from the issue of homelessness.) Stuart Nash then went on to whine about the $25m estimated cost of the new flag campaign. (See mySantanomics 101 for a whimsical take on the argument against miserliness.)

I was equally disappointed with Tracey Martin from New Zealand First. New Zealand First, supposedly anationalist party – not traditional left – will most likely be a part of our next Labour-led government. Yet she came out wholly against a new flag.

I think some ‘nationalists’ are not true nationalists; rather they yearn for the old days of the British Empire. The Union Jack in our flag represents mother England’s bosom, and the likeness to Australia’s flag serves as an anglo security blanket in this antipodean region of the world. New Zealand First has the ring more of an Anglo-Maori party than a party that really wishes to promote New Zealand’s independent identity to the world.

Then there’s the argument that we fought under the present flag that identifies us as South British. But, of course, in both world wars we were actually fighting for the British Empire, not for New Zealand as such. Kyle Lockwood’s flag does nothing to diminish the sacrifices of those who fought in those wars.

It seems to be people on the left who most bring up the distraction argument against gaining a proper flag of our own. Maybe this concern with distractions reflects our inner Methodism? Yet when the same-sex marriage issue randomly (literally randomly, as a result of a ballot) distracted us in 2012, the left (by and large) embraced this, and many on the right did the same. This successful campaign was largely about symbolism, because the prior civil union legislation had granted all the rights of marriage to same-sex couples. Symbols can be important.

Let’s finally put the empire to rest, and put our left-wing nay-sayer instincts to rest also. Kiwis identifying as ‘Better British’ (to use Jamie Belich’s pertinent phrase) is so twentieth century. Let’s finally show the world that we are an independent people with a rich indigenous heritage, and a tolerant multicultural attitude to twenty-first century life. We are a pacific Pacific people. (Let the fern become a national symbol of peace; of reaching out.)

Let’s adopt a flag that is our own, and is seen to be our own. Choose Lyle Lockwood’s magnificent design.